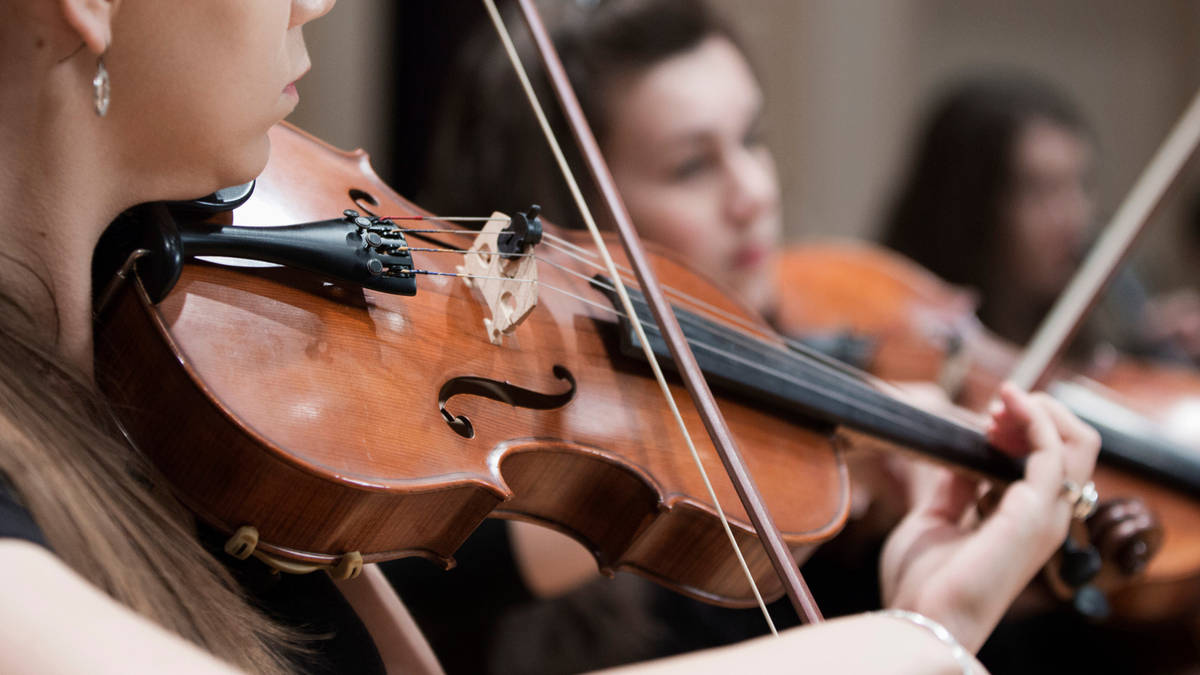 The young musician, along with hundreds of other Ukrainian children, have been waiting for three months for a visa from the British government.

Anastasiia, 17, is a talented young musician living in southeastern Ukraine.

Before the war, she attended music school, practicing the violin five to six hours a day, but living on the front line now makes that impossible.

“There are so many bombs and rockets and buildings on fire now,” Anastasiia said. The Guardian. “They fight every day. I can go out but it is also very dangerous.

Anastasiia is one of nearly 1,000 children who applied for the Homes for Ukraine program but were unsure of their fate after the government changed policy, saying children should travel with their parents or guardians to UK.

The issue was due to be resolved in June, after the UK government announced that those who had already applied for the scheme would be granted safe passage to the UK.

However, the fine print still disqualifies many of these children waiting in limbo, as the fine print says that children alone must have already known their hosts – before war broke out – except in “exceptional” circumstances.

Anastasiia received a letter at the end of June telling her that she would be contacted again at the beginning of July about a new device. However, this reiterated that she would only be eligible if her hosts had known of her before the outbreak of war.

Sally Belsham, 57, from Bishops Stortford in Hertfordshire, has been waiting to welcome Anastasiia since April, a month after the launch of the Homes for Ukraine scheme.

Belsham and her husband have undergone extensive background checks and have musical children of their own. Belsham works with refugees and sympathizes with Anastasia’s plight.

“Just leaving her in this situation is horrible,” Belsham said. The Guardian. “It’s really inhuman. I understand the need for protection, but you can’t have a system that leaves people in limbo like this.

“There is still no certainty that she will even be approved under this program, because we did not know her before the war. It’s nonsense, really. Obviously the reason we are in this situation is because of the war and our desire to help and its need to get out.

Anastasiia lives in the occupied Russian region of Zaporizhzhia. Over the weekend, Deputy Prime Minister of the Ministry of Reintegration of Temporarily Occupied Territories Iryna Vereshchuk told Ukrainians living in Zaporizhzhia to get out by any means possible.

“You have to look for a way out because our armed forces are going to get busy,” Vereshchuk said. “There will be a huge battle.

Anastasiia’s parents are caring for four adopted children who have various health issues and cannot travel with her. Nor do they want her to travel alone without a visa and without the certainty of a host family.

Read more: Russian grenade planted in the piano of a 10-year-old Ukrainian child: “They left a bomb for a child”

Russian troops set fire to grain fields in the fertile Ukrainian region of Zaporizhzhia. Remember this image whenever Russians say they care about global food security. Millions of people around the world will face hunger – because Russia has launched a brutal war against Ukraine. pic.twitter.com/8BktmNCM79

Labor peer Alfred Dubs has been a strong advocate for refugee children coming to the UK. The 89-year-old former politician was rescued from Prague by the Kindertransport before the outbreak of World War II in 1939, at the age of six.

He wrote several letters, raised the case of Ukrainian refugee children in parliament and spoke directly to the minister.

In 2016, an amendment to the Immigration Act in 2016 – which became known as the “Dubs Amendment” as it was led by the campaigner – allowed unaccompanied refugee children from the EU to be admitted to the UK.

Originally rejected by a Conservative majority in the Commons, it was accepted by the government, before being scrapped by the Home Office a year later after taking in just 350 children.

Read more: During World War II, Steinway pianos were airdropped onto the battlefields for relaxation

I am a refugee. When I was six, the UK saved my life and gave me a home and hope.
This #RefugeeWeek My call is for the UK to live up to its proud humanitarian tradition by bringing hope to today’s refugee children. Children like me. Just our fair share, no more than that. pic.twitter.com/Iv2WhMF4ym

“We are extremely concerned for the well-being of hundreds of Ukrainian teenagers, some unaccompanied, who have not yet received their visas for the UK despite applying in good faith, in the compliance with the rules, weeks and in some cases months ago,” Dubs and Siddiq wrote. “When Michael Gove announced the Homes for Ukraine scheme, he said there would be ‘no limit to the number of Ukrainians who can benefit from this scheme’.

“On May 23, you wrote an open letter to the ‘children of Ukraine’, many of whom said they had ‘seen or experienced things no child should have to see’, in which you told them that they ‘were not alone’.

“Unfortunately, for the teenagers cited above, and in many other cases we know of, these statements ring hollow.”

On June 29 it was announced that the Home Office would waive the visa fee for two Ukrainian orchestras performing in the UK this summer. Minister for Safe and Legal Migration, Kevin Foster, said: “The UK is steadfast in its support for Ukraine, and it is extremely important that we continue to raise awareness of the ongoing barbaric invasion in Ukraine. Celebrating Ukrainian culture and music is one way to keep the country alive in people’s minds.