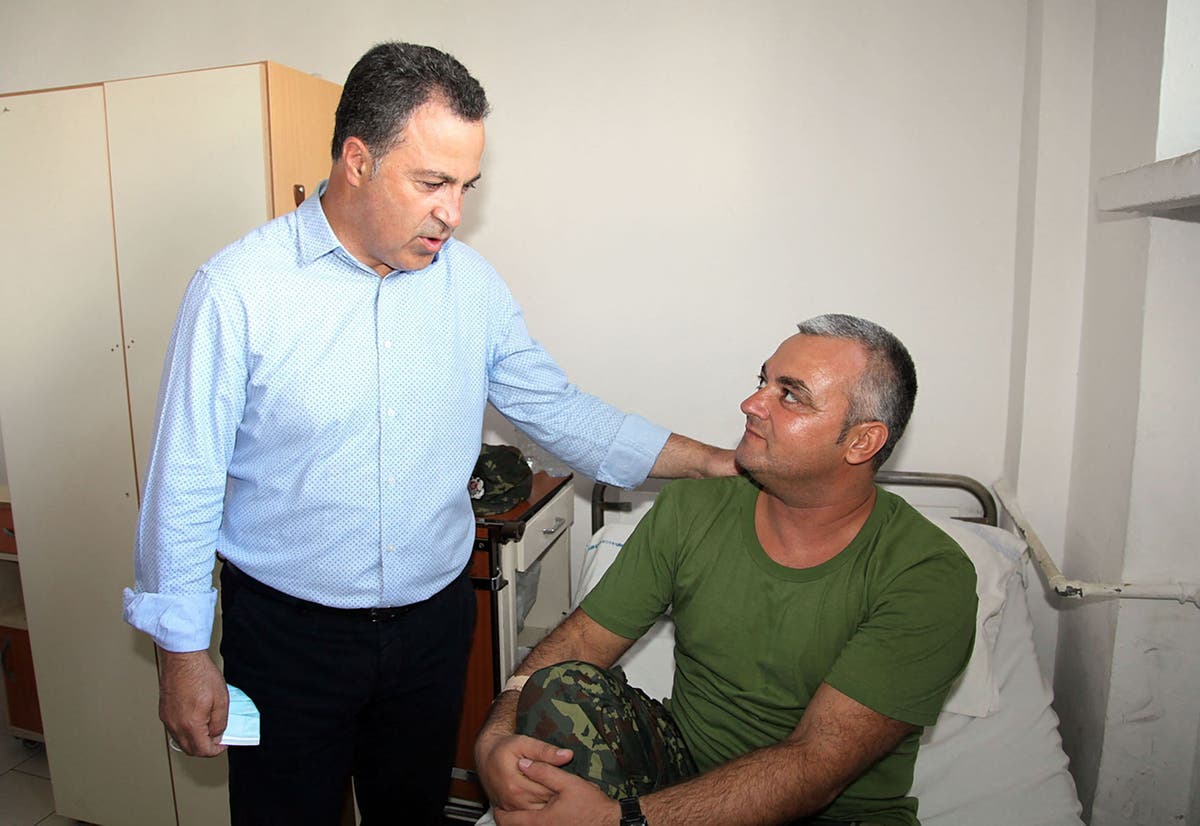 Two were waiting in a late-model sports car. Another had wandered a restricted military site and was taking pictures.

Privates Aldo Bici and Ardian Cakan rushed towards the man. What was he doing, they asked, loitering near a restricted military zone in the remote Gramsh district of southern Albania?

The man, who later turned out to be a Russian national who was in the country on a tourist visa, responded by spraying a temporarily blinding toxin in the eyes of the soldiers, according to an official account.

The other two, a Russian and a Ukrainian, fled, setting off a series of events that shook the small Western Balkan nation and sparked new calls to ban Russian tourists from entering Europe.

Over the weekend, Albanian authorities arrested at least seven people suspected of spying on two sensitive but largely decommissioned military sites amid growing security concerns in the Western Balkans.

Saturday’s incident in Gramsh prompted roadblocks and a frantic search in a sleepy region of southern Albania.

The Russians and the Ukrainian were arrested for espionage. The soldiers, Messrs. Bici and Caka have recovered from their injuries.

Albanian authorities on Sunday also arrested four Czech nationals who were believed to have been caught in a tunnel near another military site that produced anti-aircraft missiles at Polican, also in the south of the country. The suspects insist they were tourists, according to local media.

The Czechs have been released but are still under investigation, while the Russians and Ukrainians are being held and investigated by counterterrorism and intelligence officials.

The detentions have added to pressure on Mr Rama’s government and other European countries to follow through on proposals to ban Russian visitors in a bid to pressure Moscow to end the his war in Ukraine.

Stopping Russian tourists was a demand made by Ukrainian President Volodomyr Zelensky when he addressed the Albanian parliament in May. Albania currently grants Russians visa-free travel during the summer months.

“Many Albanians believe it was a real attack on a military installation,” said Leftioni Peristere, a journalist with Albanian Klan television. “A lot of people are asking the government to ban Russian tourists.”

Mr Peristere said eccentric vagabonds from all over the world visit Albania’s abandoned and desolate communist-era military sites and bunkers. One of the detained Russians, named by local media as Svetlana Timofoeva, 33, is known as a blogger and photographer who documents these locations and has also gotten in trouble with Egyptian authorities for taking photos of sensitive facilities.

The sites where the incidents took place over the weekend are marked as Restricted Military Zones. The reported use of a chemical agent against soldiers by one of the Russian detainees and the confiscation of drones and an alleged “spy device” allegedly disguised as a camera have combined to cast doubt on the suspects.

Albanians are also worried about the protection of military sites after a 2008 explosion at an ammunition warehouse that killed 26 people.

Russia’s war against Ukraine has raised tensions in the Western Balkans, already a powder keg. Local officials and diplomats fear military action by Serbia, a Moscow client, directed against Bosnia and Herzegovina or Kosovo, which has strong ethnic and linguistic ties with Albania, a NATO member since 2009.

The Kremlin is believed to have extensive intelligence networks across much of the Balkans, including in Albania, a former communist country.

“The mystery and strength of the Russian threat, both in Albania and elsewhere, lies in the extensive activity of its services in these countries,” said Enver Bytyci, professor of international relations at Aleksander Moisiu University in Durres, the second city of Albania.

“The secret services in Albania are very active. Its main support is a contingent nostalgic for the period when Albania had close ties with the former Soviet Union. But the Russian influence extends to the media and certain segments or political figures. This gives the Kremlin an advantage.

To add to security concerns, three Russian warships entered the Adriatic Sea off the Albanian coast this month, while a fourth operated in the Ionian Sea to the south.

NATO is in talks with Albania to build a naval base in the Adriatic and is currently renovating an old air base. The country is also a node in a key pipeline that bypasses Russia to deliver natural gas to Europe from the Caucasus region.

Mr Bytyci accused the Albanian government of not taking his sensitive position seriously. He noted that reports had alleged that the three Gramsh suspects had been wandering around for days and had spotted the site before.

“Being a member of NATO does not protect you from spies, sabotage or terrorist acts,” he said. “Although they stayed in a rural area, where every move is watched, no one noticed them until they attacked the military guards.”