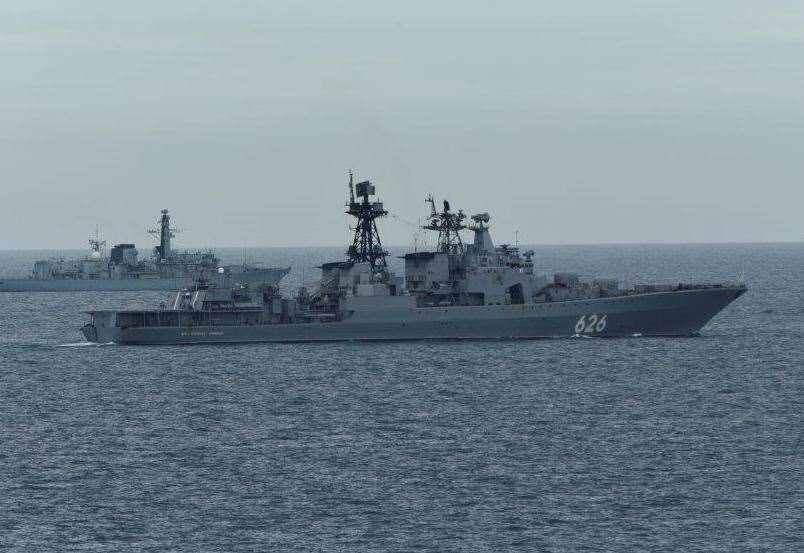 At the same time, a British patrol vessel was watching a Russian military research vessel as it navigated the Dover shipping lanes.

The foreign group was traveling from the eastern Mediterranean, having supported the invasion of Ukraine for the past seven months.

Commander Ed Moss-Ward, a senior British ships officer, said: “Maritime security in the seas around the UK is crucial to our prosperity and resilience.

“Escorting the Russian task force demonstrated that the Royal Navy is committed to maintaining maritime security and to cooperating with our NATO allies.”

HMS Lancaster followed Russian ships from the Strait of Gibraltar to the Celtic Sea, as part of a NATO task force stationed in the Atlantic.

Subsequently, HMS Westminster was deployed from Portsmouth to intercept the Russian ships in the Celtic Sea, where they stopped, before dispersing up to 60 nautical miles.

HMS Richmond is also called upon to keep watch in the Channel.

“We will closely monitor the activity of the task force while demonstrating the resolve of the United Kingdom, and the capability and professionalism of the Royal Navy.”

Meanwhile, the Royal Navy patrol vessel HMS Mersey followed the Russian military research vessel Akademik Ioffe on its journey south through the Dover shipping lanes and into the English Channel.

They also tracked an Algerian submarine on the surface as it returned home to North Africa.