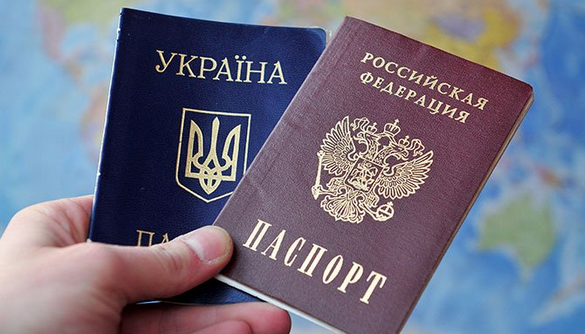 The mass naturalization of Ukrainians living in Russian-occupied areas is a setback for Russia because the world sees holders of such IDs as a valid security threat.

It’s according to Mykhailo Podoliakadviser to the head of the office of the President of Ukraine, reports Ukrinform.

“Why are Russian efforts to issue passports in the occupied Ukrainian territories completely unsuccessful? The reason is simple: the Russian passport is perceived in the world as the most toxic. It is the label by which any country civilized determines a potential carrier of the values ​​of the “Russian world”, hence a threat to reputation and security,” Podolyak wrote on Telegram.

The adviser listed the “opportunities” available to Russian passport holders.

They will not be able to travel to the Netherlands, Norway, Belgium, Denmark and a number of other countries. Such a person will also have problems obtaining visas and residence permits in many countries. Furthermore, the holder of such a passport is liable to have their Schengen visa revoked at any border crossing for having supported the aggression against Ukraine.

The holder of a Russian passport is suspended from international sports competitions – he cannot represent his country, use national colors or stand on the podium to the sound of his national anthem.

The holder of a Russian passport sees his accounts blocked in foreign banks and sees difficulties in opening new ones. “From Armenia and Kazakhstan to Greece, France and Germany, every financial institution will think twice before opening an account for a Russian and putting their entire operations at risk by due to possible sanctions,” Podolyak added.

Read also: Ukrainians forced to get Russian passports should not be prosecuted – presidential envoy for Crimea

Major hotel chains refuse to reserve rooms for Russian passport holders. No one wants to live or vacation next to Russians.

Increasingly, owners of restaurants, beauty salons, clinics and rental accommodation are saying Russians are not allowed in. Big law firms don’t want to represent their interests.

People who have a Russian passport will not be able to shop in Europe. After all, luxury brands fully understand the risks of sanctions violations, which is why they don’t sell their products to Russians, the adviser added.

According to Podolyak, a Russian passport is a one-way ticket, where “freedom is slavery and ignorance is power”. The owner of such ID has no right, opportunity or prospect.

As reported by Ukrinform, in the temporarily captured territories of the Kherson and Zaporizhia regions, Russian invaders are forcing Ukrainians to acquire Russian passports and switch to Russian legislation.