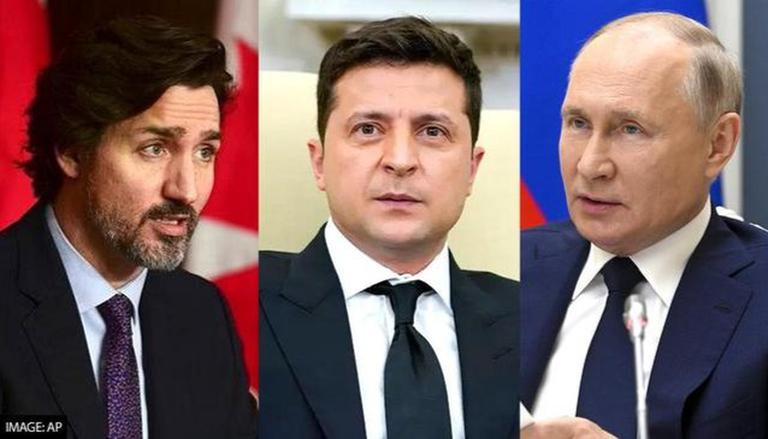 Amid growing tensions at the Russian-Ukrainian border, the Canadian government has advised its citizens to cancel all non-essential travel to Ukraine. The government, in the latest published travel advisory, told citizens, who are currently in Ukraine, to assess whether their “presence is essential”. Additionally, Canadian authorities have advised their citizens to avoid all travel to Crimea, including transiting through Sevastopol and Simferopol airports.

“Avoid non-essential travel to Ukraine due to continued Russian threats and military buildup in and around the country,” the Canadian government said in the travel advisory.

“If you are in Ukraine, you must assess whether your presence is essential,” the Canadian government added in the travel advisory.

In the travel warning, the Canadian government advised that its ability to provide consular assistance to Canadians in Crimea is “extremely limited” as it does not recognize Russian control over Crimea. Canadian authorities have advised people to avoid all travel to Non-Government Controlled Areas (NGCAs) and the area within 20 km of the line of contact inside government-controlled areas ( GCA) of Donetsk and Lugansk oblasts. The new travel advisory was issued to the public due to the armed conflict and occasional bombings in the area.

US, UK and Australia approve departure of diplomatic staff

The Canadian government’s decision comes after the United States, Australia and the United Kingdom on Monday (January 24th) approved the departure of some diplomatic personnel and their families from Ukraine. The United States alleged that Russia planned to invade Ukraine. However, Moscow has refuted claims about plans to attack Ukraine and stressed that they see NATO military activity near the Russian border as a threat to its national security.

After talks with US Secretary of State Antony Blinken on Jan. 21, Russian Foreign Minister Sergey Lavrov said Moscow was not planning to attack Ukraine and was not threatening its people, NNA quoted. Sputnik report. He called on US authorities to put pressure on Ukraine to implement the Minsk agreements. Lavrov’s statement comes as tensions rise over Russia’s military buildup along its border with Ukraine.

(Entry of the ANI)