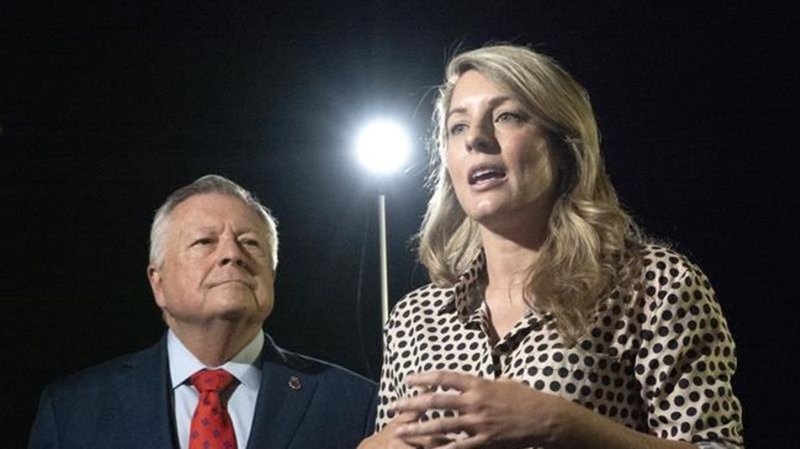 “We will have important contributions to make to some very critical international discussions,” Goodale told reporters in Kigali on Wednesday.

The Commonwealth is made up of 54 independent nations with historical ties to the British Crown, which together represent around 2.5 billion people.

Many of these poorer countries have felt the pangs of famine which is becoming an urgent problem in the world, as access to grain from Ukraine and Russia has been restricted by war.

“There are Commonwealth countries that are very directly affected by the threat of famine. And this is due to many factors, including climate change, but it is particularly now the consequence of the war in Ukraine and the aggression of Russia,” Goodale said.

“It’s extremely important for Canada to have the opportunity in a forum like this, where you really see the impact of the war in Ukraine, for Canada’s voice to be there.

It will be the first time Commonwealth heads of government have met in person since 2018. The 2020 summit, like most events, has been postponed due to the COVID-19 pandemic.

Trudeau arrived in Kigali on Wednesday but the official welcoming ceremony begins on Friday. The leaders are expected to sit down for a series of closed-door meetings on Friday and Saturday.

Trudeau is also expected to pay his respects Thursday at the Kigali Genocide Memorial in memory of the 1994 Rwandan genocide against the Tutsi people.

Although many world leaders, including British Prime Minister Boris Johnson, are expected to attend the summit discussions, other leaders have chosen to stay home.

This report from The Canadian Press was first published on June 23, 2022.