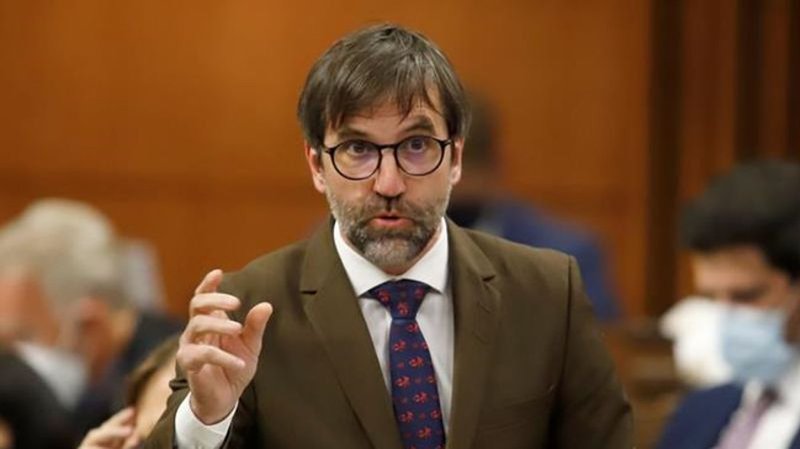 The proposed regulations state that a credit would be created for each tonne of emissions reduced, but the credits must be registered and independently verified before they can be sold.

Companies that pay the federal carbon price can purchase these credits to reduce the amount of carbon price they must pay.

Large industrial emitters can already buy and sell carbon credits created by other companies covered by the federal carbon pricing system, but carbon offset markets will extend the credit system beyond this group of companies.

The first carbon offset market will be for credits produced by municipalities that capture methane from their landfills, with future markets to be created to reduce emissions from agricultural lands, forests and the reduction or elimination of fluorinated refrigerants in advanced refrigeration systems.

Canada imposes a new round of sanctions after the invasion of Ukraine by banning Canadian consultants, including advertising agencies, from working for Russian oil, gas and chemical companies.

The latest round of sanctions bans 28 types of consultants from working for Russia’s oil, gas and chemicals sector, which accounts for around 50% of its revenue.

Foreign Affairs Minister Mélanie Joly says Canada will do everything in its power to prevent Putin from financing his war machine.

Since Russia’s invasion of Ukraine in February, Canada has imposed sanctions on over 1,700 individuals and entities from Russia, Ukraine and Belarus.

Among them is Alina Kabaeva, a former Olympic gold medalist gymnast, believed to be Putin’s girlfriend.

What we’re watching in the US…

LOS ANGELES _ Battles in the U.S. House have taken shape in a heavily Democratic California that could tip the balance of power in Congress, while former Trump administration Interior Secretary Ryan Zinke , was in a close contest to claim the Republican nomination for a new House seat in Montana.

In Mississippi, Republican U.S. Representative Steven Palazzo was forced into a runoff after a congressional ethics watchdog raised questions about his campaign spending and he faced his highest number of main challengers.

Primary elections in seven states on Tuesday set November contests in dozens of races, as Democrats seek to protect the party’s fragile majority in the House.

In a diverse neighborhood rooted in California’s Orange County, Republican U.S. Representative Michelle Steel, a South Korean immigrant, will take on Democrat Jay Chen. The district, which includes the largest Vietnamese American community in the country, is widely seen as a puzzle.

In other districts of the nation’s most populous state, two members of the Republican House were trying to overcome challenges with former President Donald Trump: one voted to support Trump’s impeachment after the insurgency of the US Capitol, while the other opposed it.

In Iowa, Republican state Sen. Zach Nunn won the GOP spot to face the state’s only Democratic House member, Rep. Cindy Axne, in a newly drawn district with a stronger tilt of the GOP.

What we watch in the rest of the world…

The report said the death toll could rise, although early details of the disaster involving a train carrying some 350 passengers remain unclear.

Four of the train’s seven carriages derailed in the early morning darkness near the desert town of Tabas, Iranian state television reported. Tabas is about 550 kilometers southeast of the capital, Tehran.

Rescue teams with ambulances and helicopters have arrived in the remote area where communications are poor. More than a dozen people suffered serious injuries, some of whom were transferred to local hospitals, officials said.

Aerial footage of the desert site of the disaster showed train carriages sideways, with rescuers running to the scene as they tried to treat the injured.

The derailment happened about 50 kilometers outside Tabas on the rail that connects the city to the central city of Yazd.

The first meeting of the Canadian Parliament took place in Ottawa. The meeting was held in the still unfinished Parliament Buildings. Construction on the complex had begun in 1857, when Queen Victoria chose Ottawa as the nation’s capital, and would not be completed until 1877.

Proceeds will be donated to PEN America, which champions freedom of expression worldwide. The 384-page book consists primarily of Cinefoil, a specially treated aluminum product, and was announced last month at PEN’s annual fundraising gala. To help promote the initiative, Atwood agreed to be filmed attempting _unsuccessfully_ to incinerate a prototype with a flamethrower.

“I’m very happy that the one-of-a-kind Unburnable book ‘The Handmaid’s Tale’ has raised so much money for PEN America,” the Canadian author said in a statement. “Free speech issues are hotly debated, and PEN is a healthy voice amid all the cries. The video of the book being burned by me and refusing to burn has now had a potential five billion views. We hope this raises awareness and leads to reasoned discussion.

The Fireproof Book is a joint project of PEN, Atwood, Penguin Random House and two companies based in Toronto, where Atwood has long resided: creative agency Rethink and The Gas Company Inc., a studio specializing in graphic arts and the binding.

“The Handmaid’s Tale,” a million sellers first released in 1985, is a dystopian novel about a cruel patriarchy known as the Republic of Gilead.

It has been subject to various bans since its publication.

Have you seen this?

Ukrainian refugees in Newfoundland and Labrador hoping to get a car are being hit with car insurance quotes about five times the provincial average.

The Canadian Press viewed two auto insurance quotes provided to Ukrainian refugees in St. John’s – one for $5,592 a year and another for $8,288 a year. Meanwhile, the average annual rate in Newfoundland and Labrador in 2020 was just over $1,200, according to the General Insurance Statistical Agency.

Adilya Dragan helps Ukrainian newcomers to St. John’s and the surrounding area settle into a new life, and she says the high insurance rates are just out of reach.

She says newcomers now have to scramble to find commutes to jobs far from home or to find housing in tight rental markets like St. John’s where they have access to public transit.

Immigration Minister Gerry Byrne said insurance companies should address the issue and step in like the rest of the province to make life easier for refugees trying to settle in a new place.

This report from The Canadian Press was first published on June 8, 2022.