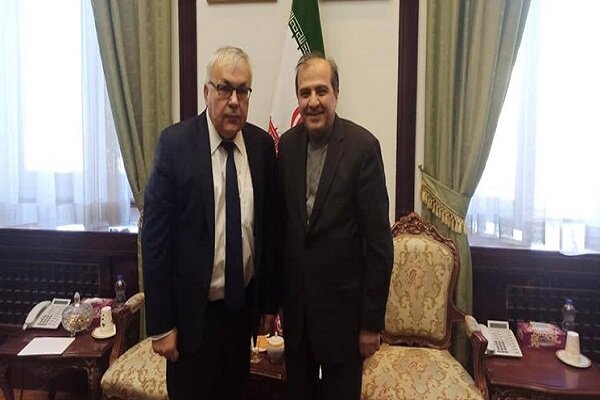 Russian Deputy Foreign Minister Sergei Vershinin, who is in Tehran at the head of a diplomatic delegation, met on Sunday with the Iranian Foreign Minister’s senior adviser for special political affairs, Ali Asghar Khaji.

During the meeting, the two sides discussed the latest regional and international developments, in particular the developments in Syria, Libya and Yemen.

Regarding developments in Syria, Khaji highlighted political openings as well as improving security and stability in the country, economic reconstruction and alleviating the suffering of the people as the most important priorities of the new stage of development in Syria and the need to continue and strengthen bilateral cooperation between Iran and Russia. He also highlighted the increased assistance from the international community in this regard.

Reviewing the latest developments in Libya and Yemen, the two sides stressed the need to preserve territorial integrity and political resolution of disputes in these two countries within an internal framework and without foreign interference.

Stressing the need to extend the ceasefire in Yemen in order to advance political dialogues with a view to establishing peace and stability in the country, the Iranian diplomat called on the international community to pay attention to the humanitarian aspects of the Yemeni crisis, the lifting of the economic blockade on the country and the resolution of the problem of payment of salaries for everyone. government employees of that country.

Vershinin also met with Iranian Foreign Minister Hossein Amir-Abdollahian on the sidelines of the Group of Friends in Defense of the charter United Nations in Tehran yesterday.