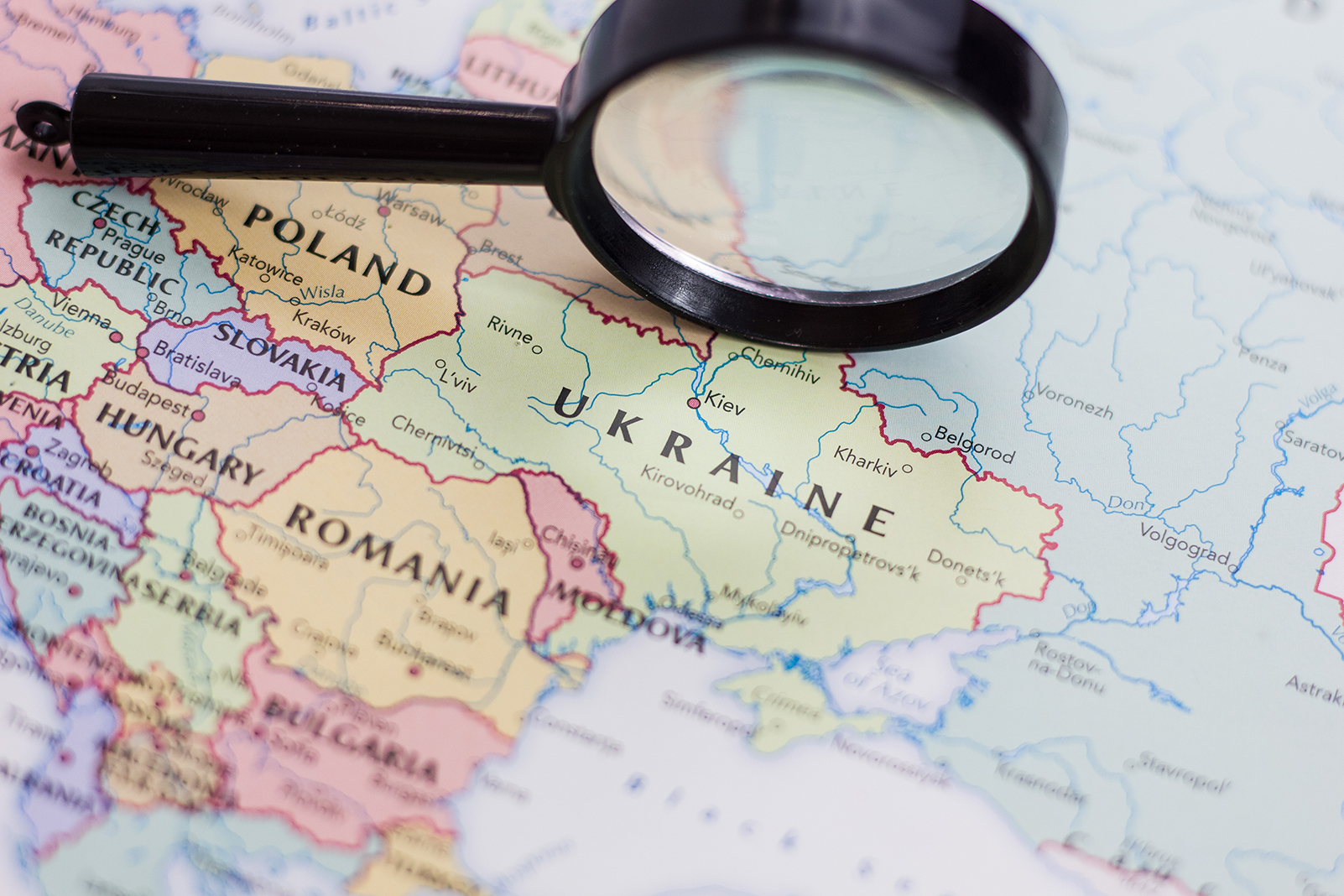 My last mission for the St. Paul Pioneer Press, where I spent more than 20 years as a journalist, covered a referendum in suburban Mendota Heights in which voters decided to keep his family-run municipal par-3 golf course and not sell it to real estate developers .

It was in 2007. Within a year, I was going to lead the English-speaking team Kyiv Post Ukrainian newspaper. In the 14 years that followed, the stories were starkly different, but many revolved around the same endless drama of how to survive living alongside a violent, imperialist Russia bent on destroying Ukraine as a nation. independence and to rewrite the end of the Cold War to establish a new Iron Curtain across Europe.

If that happens, and it might if the West continues to appease Vladimir Putin, then the damage will be felt even in the cozy suburbs of Dakota County that I loved to cover for my home state.

Ukraine comes and goes in international headlines, mostly for themes that involve the three Cs – corruption, Chernobyl and the legacy of communism. Corruption was factored into the impeachment of US President Donald J. Trump, but this time it was American corruption, not the notorious Ukrainian variety, that was in the spotlight.

Russia’s current threat of a deeper invasion of Ukraine is rightly generating a flurry of diplomatic activity and extensive media coverage. But it’s not just about Ukraine. It’s about what kind of world we want to live in.

How the West responds to Putin’s bullying, blackmail and coerced redrawing of borders will determine whether democracy advances or recedes globally, whether small nations like Sweden and Finland, which Putin wants to ban to join NATO, can determine their own destiny.

So far, the Western response has been dismal. Politicians have mostly backed down in the face of Kremlin aggression, which included invasions of Georgia in 2008, Ukraine in 2014 and Syria in 2015. In the past year alone, Russian troops have cracked down the pro-democracy protests in Kazakhstan and Belarus.

Russian troops rarely leave the places they have invaded. Today, Russia controls 7% of Ukrainian territory, including the Crimean Peninsula and part of the eastern industrial region known as Donbass. His forces killed 14,000 Ukrainians and displaced more than 1.5 million others in eight years.

Russia controls 20% of Georgia. His troops are in Moldova and the disputed region between Azerbaijan and Armenia, all former Soviet republics. And Kremlin troops remain in Syria, not on the side of angels but rather of a dictator who has repeatedly used banned chemical weapons to kill his own people, all to stay in power.

Military force is only part of the Kremlin’s arsenal which includes murder, imprisonment, poisoning, cyberattacks, bribery, propaganda and interference in Western elections to achieve its goals. Under Joseph Stalin, the Kremlin starved 4 million Ukrainians in the Holodomor of 1932-33 to make the rest submit to its rule. Stalin got away with that and more. Today, Putin gets away with being an international outlaw.

Is it any wonder that lukewarm economic sanctions and brazen verbal warnings didn’t dissuade Putin from his dream of righting what he sees as the greatest wrong of the 20th century: the collapse of the Soviet Union?

This is why Putin is so obsessed with Ukraine, which he considers an integral part of Russia, even though 40 million Ukrainians consider themselves a nation and a people apart. For him, Ukraine is the big fish of the former Soviet empire which fled or is in the process of fleeing.

For Russians, Putin portrays Ukrainians’ desire for a future as a democratic nation within the European Union and NATO as a Western plot. This is not the case. Ukrainians demand freedom, including fair elections. They have elected presidents and parliaments several times since leaving Moscow in 1991. Russia, meanwhile, has been stuck with Putin for more than 20 years, with no hope of change.

A recurring theme in Ukrainian history is the will to fight for independence and to fight to keep their own rulers in check. Ukraine has gone through three revolutions in as many decades to achieve these ends. And Ukrainians are reacting to the prospect of a deeper invasion by more than 100,000 Russian troops on their border in ways that could confuse Minnesotans.

Citizens prepare for war. Even if the Russian military can easily defeat the Ukrainian armed forces, there are limits to military superiority, as America has humiliatingly discovered during the occupations of Iraq and Afghanistan.

Russia would face strong guerrilla resistance and would be treated as a hostile occupying force by most Ukrainians. The talk in cafes is how to acquire and use sniper rifles. (Restrictions on gun ownership are much tougher than in gun-loving America). Men are subject to compulsory military service. Women are required to sign up for support roles in the event of all-out war. Over 4,000 bomb shelters have been identified.

Simply put, 40 million Ukrainians are not going to flee. I tell my friends in Minnesota that I plan to stay in Kyiv, where I have lived since 2008, because I think the Ukrainians will win. If I had to bet, I would say that Putin will not risk an all-out invasion, but is carrying out another of his many provocations to test Western and Ukrainian resolve.

It’s only natural for Minnesotans to wonder why they should care about a nation 8,000 miles from the Capitol in St. Paul. The truth, however, is that a victory for Putin in Ukraine will only postpone the day of reckoning when the West must muster its superior collective strength over Russia to end this cancerous dictator with actions that say: Stop. No more.

Brian Bonner became editor-in-chief of the Kyiv Post on June 9, 2008. He assumed the additional responsibilities of executive director on March 21, 2018, following the takeover of the newspaper by businessman Adnan Kivan, owner of the KADORR group in Odessa , in Ukraine. . Kivan fired him along with all staff on Nov. 8, 2021. Bonner announced his retirement on Nov. 30, 2021, after spending the past several weeks winding down operations. Bonner also served as editor in 1999, three years after arriving in Ukraine on a journalist exchange program. He spent most of his career at St. Paul Pioneer Press in Minnesota, where he covered international, national and local news for more than 20 years as an editor, foreign correspondent and editor. . Besides Ukraine, he has also reported from Russia, Belgium, Sri Lanka, Thailand, Laos, Norway, Poland and the UK.