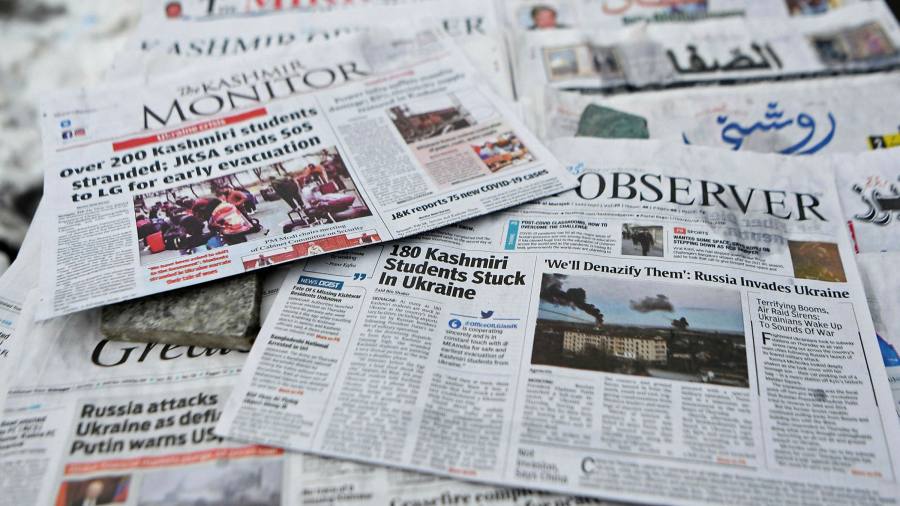 China joined India and other countries in stepping up evacuation flights and land crossings out of Ukraine on Friday as Russian forces launched an assault on the capital Kiev.

Roads out of Kiev have become blocked as people try to flee the country and Russian missiles hit airfields across Ukraine, further complicating efforts to leave.

Beijing’s embassy in Ukraine said emergency flights were being organized after conditions in the country “deteriorated sharply”.

The statement marked a change from the day before, when the embassy suggested its nationals stay at home or display a Chinese flag on vehicles if they were to travel to the country.

Thousands of Chinese nationals live in Ukraine. However, no flight schedules were provided and travelers were advised to pack their bags and be ready to depart on short notice.

The Chinese decision to evacuate contrasts with comments from Beijing officials who failed to condemn Russia’s actions and refused to acknowledge the invasion.

At least 15,000 Indian nationals are also stranded in Ukraine, according to Indian officials, who said they were working on ways to evacuate their citizens by land.

Foreign Minister S Jaishankar said India was coordinating with Romania, Hungary and Slovakia to facilitate the exit of Indian nationals.

In a phone call with Putin on Thursday evening, Prime Minister Narendra Modi stressed that India “attaches the highest priority to their safe exit and return to India”.

An Air India flight to Kiev had to turn back on Thursday after the airspace over Ukraine was closed.

“Our special flights have been affected,” Partha Satpathy, India’s Ambassador to Ukraine, said in a video address to nationals stranded in the country. “My advice to all of you is to stay wherever you are.”

The Indian Embassy in Kyiv advised nationals to leave Ukraine four days before the Russian invasion.

“I want to take this opportunity to reassure all Indian citizens. . . that we will take all possible measures to bring you back safe and sound,” Foreign Secretary Harsh Shringla said Thursday.

Additional reporting by Maiqi Ding and Emma Zhou in Beijing