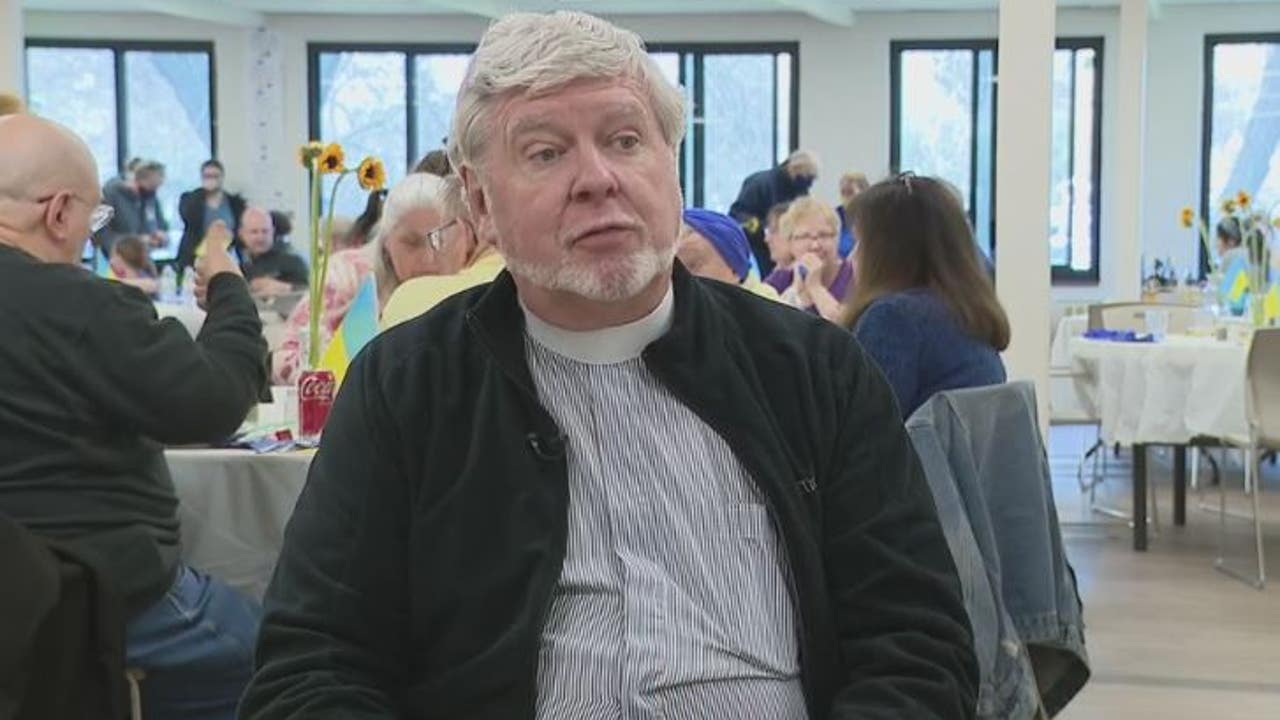 The fundraising dinner was hosted by Srodek’s of Hamtramck with donations in exchange for authentic Eastern European meals.

SOUTHFIELD, Mich. (FOX 2) – On Friday, the United Nations was working to evacuate civilians from what is described as the increasingly hellish ruins of Mariupol.

Ukraine accuses Russia of showing contempt for the UN by bombing Kyiv while the UN chief was visiting the capital – the situation is dire for anyone in the country.

At St. David’s Episcopal Church in Southfield, a fundraiser was held to help Ukraine.

“If only we realized that we have to love each other and follow that in everything we do,” Phil Smith said.

The fundraising dinner was hosted by Srodek’s of Hamtramck with donations in exchange for authentic Eastern European meals.

“I don’t care about your background, where you’re from, tonight you’re Ukrainian,” said Steve Bancroft of St. David’s Episcopal Church. “That’s how we serve a meal that you would find in Ukraine.”

The church decided it had to do something as the war in Urkaine raged.

Volunteers worked tirelessly on Friday evening serving those who came to the aid.

“The response has been overwhelming,” said Mary Bens Miller of St. David’s Episcopal Church. “And here at St. David’s, we’ve declared this to be our year of gratitude. And that’s a huge thing to be grateful for – the outpouring of care and concern from the community.”

The UN reports that more than 5.4 million Ukrainians have fled their country since the Russian invasion. The UN predicts that the war could produce 8.3 million refugees by the end of the year.