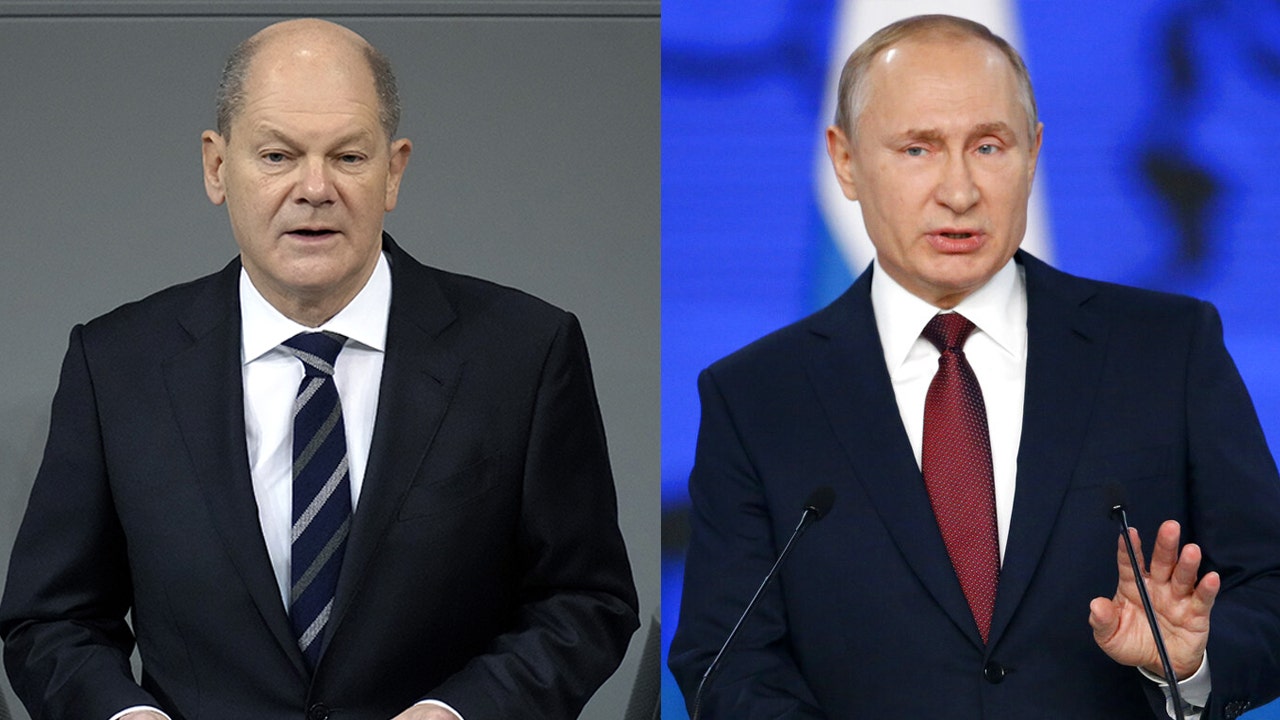 Germany’s refusal to join other NATO members in supplying arms to Ukraine has caused some allies to question Berlin’s resolve to oppose Russia.

In recent weeks, the United States and the United Kingdom have revealed critical information regarding Russia’s plans, including the intention to carry out a “false flag operation” in Ukraine to justify the invasion, as well as plans to install a pro-Russian leader. These revelations prompted NATO allies to send troops to neighboring countries, such as the United States deploying planes to Estonia, Denmark sending fighter jets to Lithuania and France sending troops to Romania.

But Germany remained relatively calm, with at least one report over the weekend that Berlin had gone so far as to prevent Estonia from supplying old German howitzers to Kiev. Ukraine criticized Germany, saying its position on arms supplies “does not correspond to the level of our relations and the current security situation”.

Newly elected German Chancellor Olaf Scholz has responded that Germany will contribute to economic sanctions but will not provide “lethal weapons”, leading some to question Germany’s commitment to oppose Russian aggression – especially as Germany’s growing reliance on the Nord Stream gas pipeline could hamper negotiations from a position of strength.

US HANDS WRITTEN RESPONSE TO RUSSIA’S DEMANDS, TELLS KREMLIN HOW TO PROCEED

Former German Chancellor Gerhard Schröder, also known as “Putin’s friend“, pushed for the original Nord Stream pipeline during his tenure, but did not see activation until the Obama administration, at which point he joined the board ensure its growth and maintenance. The Nord Stream 2 has seen faster development and deployment despite sanctions imposed by the Trump administration. With these sanctions lifted, Germany remains keen to see the pipeline activated as soon as possible.

Scholz insisted the pipeline is a ‘business project’ – nothing more and nothing less, according to the German outlet DW. But within his coalition, he faces opposition from other leaders such as Foreign Minister Annalena Baerbock of the Greens, who has tried to reduce Germany’s reliance on Russian oil through the pipeline.

Germany’s Ambassador to the United States, Emily Haber, tried to underscore the administration’s seemingly united stance on the issue, tweeting Wednesday that Scholz and Baerbock made it clear last summer that “nothing will be ruled out, including Nord Stream 2”.

Last year, Biden lifted sanctions on the Nord Stream 2 gas pipeline, allowing construction and activation to continue — a move some Republican lawmakers criticized for bolstering Russia’s position in negotiations with Europe. Sen. Ted Cruz, R-Texas, pushed for a vote on preemptive sanctions, which Senate Democrats countered with plans to sanction the pipeline only in the event Russia acts on military ambitions in Ukraine.

RUSSIA SHOWS ‘ALL INDICATIONS’ OF USE OF ‘MILITARY FORCE’ IN UKRAINE IN MID-FEBRUARY: STATE DEPARTMENT.

The White House has underscored this position, telling Fox News Digital that any preemptive legislation “would have undermined our efforts to deter Russia and removed the influence that the United States and our allies and partners currently possess to score political points.” at their home”.

“And it would have come at a time when we need to be closely united with our European partners, including Germany,” an administration spokesman said. “It does not mean anything.”

On Saturday, members of the Ukrainian Territorial Defense Forces, volunteer military units of the Armed Forces, train in a city park in Kyiv, Ukraine.
(AP/Efrem Lukatsky)

The plan to allow Russia to expand the pipeline to create leverage in times of political crisis may have backfired, as Germany also rapidly expanded based on completion and l activation of the gas pipeline.

Norbert Röttgen, a senior conservative lawmaker in Germany, said The New York Times that “Germany is essential for achieving unity”.

“Putin’s goal is to divide Europeans and then divide Europe and the United States,” Röttgen said. “If the impression prevails that Germany is not fully committed to a strong NATO response, it will have succeeded in crippling Europe and dividing the alliance.”

FILE PHOTO: Russian President Vladimir Putin gives a thumbs up as he attends a foundation-laying ceremony for the third reactor of Turkey’s Akkuyu nuclear power plant, via video link in Moscow, Russia March 10, 2021.
(Sputnik/Alexei Druzhinin/Kremlin via REUTERS ATTENTION EDITORS – THIS IMAGE WAS PROVIDED BY A THIRD PARTY./File Photo)

“This action alone would not have stopped Putin from doing what he is doing,” Koffler said. “It’s not something Putin thought about last week or last month. Putin has been hatching a plan to rebuild a supranational state – much like the USSR – ever since he practically became president of Russia. ”

The sanctions individually won’t have the kind of impact or provide a “silver bullet” to the situation, but together will create a cumulative effect that would help deter Russia, Koffler explained. Germany is therefore more dependent on the pipeline than Russia, but Germany also faces other bigger concerns.

Putin came to power using files he gathered during his tenure as a KGB agent – a role he largely filled while stationed in Dresden, meaning he spent time to recruit and manage a network of agents in East Germany. Most of this information would have been destroyed with the fall of the Soviet Union, but that doesn’t change the fact that some German officials may have worked with the current president of Russia before.

These ties could play into how Germany reacts to Russia, according to Koffler.

“Until Yeltsin selected him, nobody knew this guy and then he just walked out,” Koffler explained. “He was in counterintelligence, collecting files on everyone.”

Koffler also argued that Germany was also not acting as an ally because of a possible “guilt trip” for its actions during World War II in the region, which might have be prevented from sending weapons and the like to Ukraine for fear of being overrun – or at least be seen doing so.

The Associated Press contributed to this report.