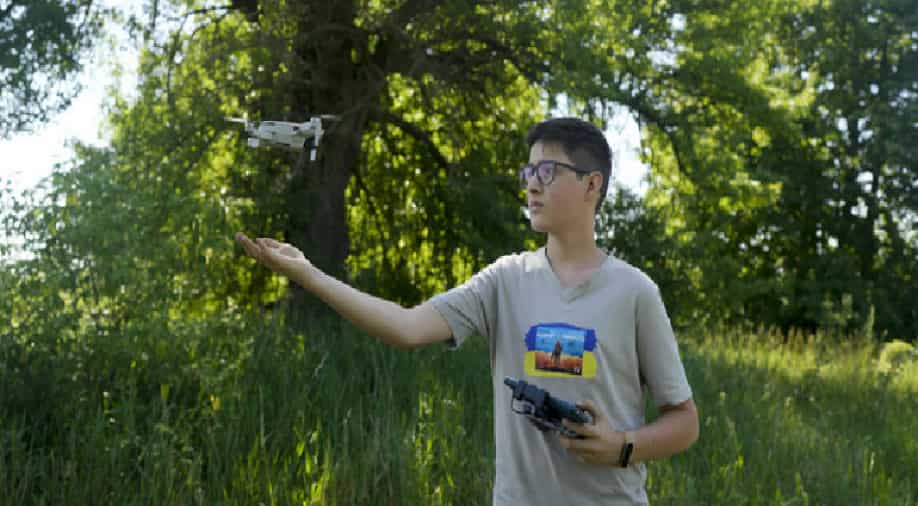 The Russian invasion of Ukraine has been going on for over 100 days and has already witnessed untold tragedy and loss of life at an alarming rate. However, the war also gave us some stories of rare heroism. One such story is that of 15-year-old Andriy Pokrasa and his father, Stanislav – the duo who use drones to track the movements of the Russian military. The father-son duo, who lived on the outskirts of the Ukrainian capital Kyiv, used a small drone to track the movement of Russian tanks and the data was relayed to Ukrainian troops. This resulted in a number of successful counter-offensive missions for Ukraine and made them heroes in the eyes of the Ukrainian people.

“Those were some of the scariest times of my life,” Andriy told The Associated Press as he recounted the early days of the Russian invasion.

“We provided the photos and the location to the armed forces. They refined the coordinates more precisely and transmitted them by walkie-talkie, in order to adjust the artillery.

While Stanislav helps with the process, Andriy pilots the drone. “I can operate the drone, but my son does it much better. We immediately decided that he would,” Stanislav said.

As the Russian military approached their village west of Kyiv, they continued to use their drones to gather information before having to move to avoid capture. They were unclear on the impact of their actions but according to Andriy, “about 20 tanks” were destroyed.

Andriy went to Poland with his family but returned to join his father after a few weeks.