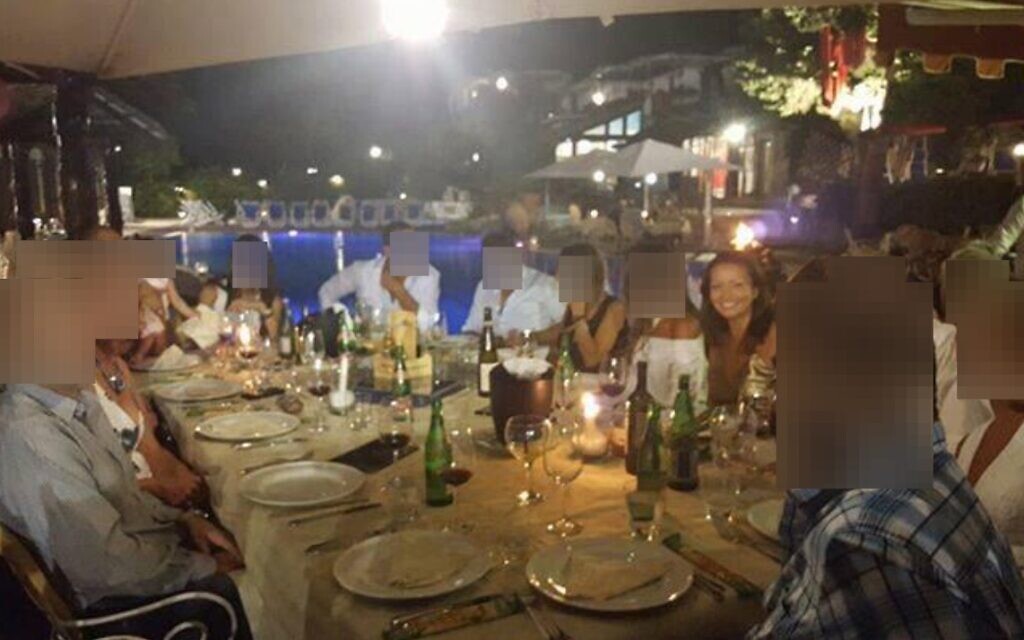 The spy was named Maria Adela Kuhfeldt Rivera to befriend NATO personnel in Naples, Italy, for Russia’s GRU agency, according to Bellingcat, an international consortium of researchers based in the Netherlands.

Bellingcat investigated the case for 10 months with the media Der Spiegel, The Insider and La Repubblica, and published the results of the investigation on Thursday.

The spy said her father was German and her mother Peruvian, and she was born in Callao, Peru. She took the Latin-sounding name Rivera, but was actually Olga Kolobova, a career undercover agent for the GRU.

Russian spies are sometimes trained to impersonate foreigners, can live under false identities for decades, and have used Latin American origins as cover in the past.

Kolobova, under her fake identity, moved to Western Europe, including to study in Paris, and moved to Naples in 2013. NATO’s Allied Joint Force Command is based in the Italian city.

???? Meet Maria Adela Kuhfeldt Rivera, widow, jeweler and socialite. The love child of a German father and a Peruvian mother, born in Callao, Peru, and abandoned in Moscow by his mother during the 1980 Olympics. pic.twitter.com/wHo6qSmKik

She became a staple of the city’s social scene for several years, opening a jewelry and luxury goods boutique. She said she designed the jewelry herself, but it was actually purchased from Chinese wholesalers. She then turned the store into a club for local socialites, Bellingcat said.

She also became secretary of the municipal branch of Lions Club International, a sprawling service organization based in the United States. The Naples branch had been created by a NATO officer.

Through her social connections and the Lions Club, she befriended NATO personnel, including German, American, Belgian, and Italian NATO personnel. She told acquaintances that she had a chaotic personal life and was romantically involved with at least one NATO employee.

Illustrative: The headquarters of the Allied Maritime Command Naples on the island of Nisida in the Gulf of Naples, southern Italy, March 27, 2013. (AP Photo/Salvatore Laporta)

She told acquaintances that she had been abandoned in Moscow by her Peruvian mother, who she said had traveled to the Soviet Union for the 1980 Olympics and left her with a Russian family. She said she had been abused by her Russian adoptive father, so she wanted to leave the country and move to Western Europe.

His coverage aroused the mistrust of at least one member of the United States Navy, who thought his backstory and unexplained earnings were suspect.

She has attended NATO and US military events, including annual balls for US Marines, but it is unclear whether she has ever accessed a NATO base.

posted by PL MANAGEMENT by Fabio Ummarino on Monday, February 15, 2016

She also traveled regularly, including to Bahrain, home to a major US Navy base.

Bellingcat researchers tracked him down after a Belarusian border guard database was leaked. Researchers searched the database for passport numbers similar to those previously used by GRU officers. During a previous investigation, they had discovered that the GRU issued its agents passports with serial numbers close to each other.

They noticed a passport number similar to that used by another GRU agent. The non-Russian name of the passport holder, Rivera, emerged from investigators. His first recorded trip was a train ride from Moscow to Paris via Belarus in 2011.

They determined she was likely an “illegal,” part of a GRU program that planted spies in other countries under false identities.

Kolobova, traveling as Rivera, had traveled with multiple Russian passports with similar serial numbers to other GRU agents, Bellingcat found.

She eventually left Naples for Moscow in 2018, a day after Bellingcat and partner The Insider published research into a chemical attack on Russian double agent Sergei Skripal and his daughter in the UK.

This report also used passport data to link two of the suspected poisoners to the GRU, revealing that the spy agency had used consecutive passport numbers for its agents’ travel documents. Passport data is sometimes leaked onto the Russian black market and used by investigators.

It appears that Kolobova was removed from Napoli because her handlers feared the passport information may have also blown her cover. His passport number was just one digit from the GRU boss who handled the Skripal poisonings, Bellingcat said.

Kolobova does not appear to have left Russia since then. She had maintained her facade as a cosmopolitan socialite and jewelry designer for about 10 years.

Two months after leaving Napoli, she posted a message on Facebook saying she was undergoing chemotherapy, apparently to explain why she suddenly left.

The investigation released Thursday was based on open source data, public records, government information from Peru, leaked databases from Russia and interviews with people who knew Kolobova while she was undercover.

In 2005, Kolobova tried to obtain a Peruvian passport, but a suspicious civil officer discovered that she had lied about being baptized as a child in the town of Callao. She said she was baptized in 1978, but the parish she claimed to belong to was not established until 1987. Her claim was denied and Peruvian authorities made the case public.

His GRU commanders decided to continue with his cover story for reasons that are still unclear and gave him a Russian passport in 2006 using the same false name. The number on that passport was in the same range as at least six other GRU spies, Bellingcat said.

It took months for investigators to uncover his true identity. They eventually made the match using face-matching software, leaked databases, a whistleblower and other circumstantial evidence.

It is unknown if his long mission proved successful for the GRU. Western intelligence and NATO never seem to have understood his espionage.

In a similar case in June, the Netherlands said it had arrested a Russian spy posing as a Brazilian trainee to infiltrate the International Criminal Court, while the court was investigating war crimes in Ukraine.

The Russian, identified as Sergey Vladimirovich Cherkasov, 36, flew to the Netherlands in April using an elaborate detailed blanket he had built over the past 12 years.

But Dutch authorities said they saw through his false identity as a 33-year-old Brazilian citizen named Viktor Muller Ferreira, and unmasked him as a GRU army agent.

Cherkasov was put on the next flight to Brazil, where police say he was arrested for impersonation.