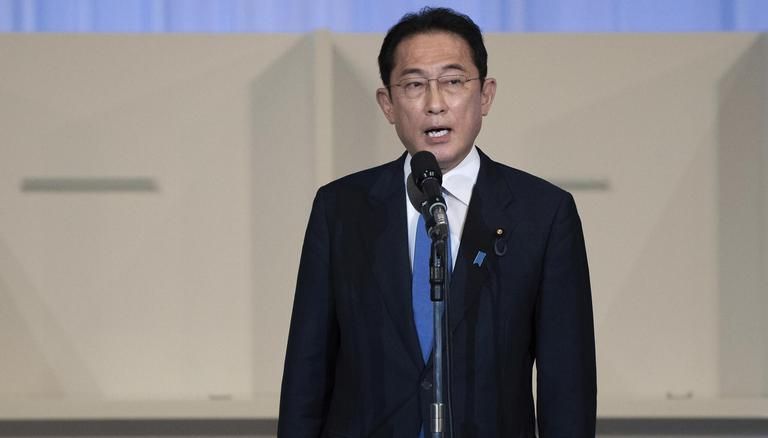 The recent launch of a joint military exercise between Russia and Belarus, which shares the long border with Ukraine, as well as a new batch of Russian military vessels sighted in the Black Sea, were noted in the statement, reported. the news agency.

“It is increasingly possible that the situation will deteriorate rapidly,” the Japanese Foreign Ministry warned in a statement.

Near the Ukrainian border, Russia has deployed more than 100,000 troops, stoking fears of war. An invasion can happen at any time, according to US Secretary of State Antony Blinken. On the other hand, Moscow has repeatedly denied such invasion plans. According to a Foreign Ministry spokesperson, about 150 Japanese citizens reside in Ukraine.

Additionally, due to escalating Russian military threats, US President Joe Biden has ordered all US citizens still in Ukraine to evacuate the country immediately. Biden has said that if Russia invades Ukraine, he will not send soldiers to save Americans. In addition, after nine hours of talks with French and German officials aimed at ending the separatist crisis in eastern Ukraine, Russia and Ukraine announced on Thursday evening that they had reached no OK.

Amid disagreements, Ukrainian envoy Andriy Yermak said there was a will to continue and a desire to discuss. The current tensions are the result of Russia’s annexation of Ukraine’s southern Crimean peninsula eight years ago. Since then, the Ukrainian army has been fighting Russian-backed separatists in eastern Ukraine, near the Russian borders. Earlier, British Prime Minister Boris Johnson said he hoped strong deterrence and patient diplomacy could help resolve the crisis, but the stakes were extremely high.

Meanwhile, apart from Japan, South Korea has also issued a travel ban for its nationals asking them to refrain from traveling to all parts of the country and urging those staying there to evacuate with immediate effect, citing looming tensions in the region.