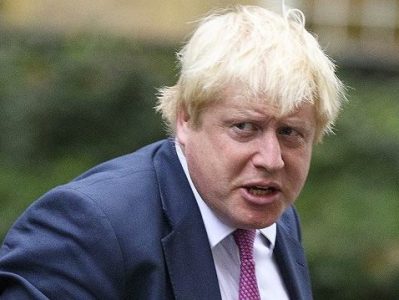 During his first trip to India as prime minister on Thursday, Johnson will discuss enhanced security cooperation in meetings with Prime Minister Narendra Modi.

Earlier this month, US President Joe Biden told Modi that buying more oil from Russia was not in India’s interest.

According to the representative of the British Prime Minister, Johnson will not lecture Modi on this issue.

Uday Bhaskar, director of the New Delhi Policy Research Society, said the Indian government would listen carefully to Johnson’s message if it was done with respect, but in practice there was little Britain could do to replace Russia as a strategic ally.

The problem is that the UK cannot solve the problem of India’s dependence on Russia. He doesn’t have enough oil or the right kind of military hardware to sell, Bhaskar said.

The UK was India’s third-largest trading partner at the start of this century, but fell to 17th last year, according to Indian government figures. India’s main trading partners are the United States, China and the United Arab Emirates.