Small luxury cruise ships newly built for the Arctic are canceling many of their planned stops in northwest Alaska this summer, with many citing the Russian war in Ukraine.

Nome, about 200 miles across the Bering Sea from Russia, had received a small but growing number of cruise ships. They are built to handle the ice and transport tourists to remote villages and wildlife-rich waters.

Then COVID-19 arrived in 2020, canceling cruises to Nome — and other parts of Alaska — for two straight years.

Then Russia invaded Ukraine on February 24.

Now some of the businesses have canceled tours, city officials said.

“It’s mainly the ships that have scheduled calls in Russia,” said Joy Baker, port manager of Nome. “They catch people in Nome and they cross the pond (to Russia).”

The city is still expecting around 10 visits this summer, with some ships making repeat calls throughout the summer, according to a port in March program.

Nome will always benefit from incoming ships, Karp said. But the cancellations will mean hundreds fewer visitors to the town of 4,000, who support local guides and shop at art fairs and shops. And there will be fewer visitors to attend cultural events, such as the Aboriginal Youth Olympics or gold panning.

“We’re definitely disappointed,” Karp said. “But I’m very hopeful, after two COVIDs and a war, unless the locusts show up next year, we should be able to find our way back to some degree of normalcy.”

Although there are concerns about environmental impacts in the remote region, cruise ships have helped generate a new source of income for communities like Nome. There is an ongoing effort to expand the port there, which would accommodate more ships.

Foreign-hulled ships have traditionally called in the Russian Far East to meet the requirements of the Passenger Ship Services Law, he said. Federal law sets limits on these vessels when carrying passengers between US ports.

Canceled calls to Nome this summer include the Sylvia Earle, a new 340-foot vessel that can accommodate approximately 130 passengers. He was scheduled to make three stops in Nome starting July 20, but no calls are scheduled at this time, Erickson said.

Owner Aurora Expeditions said in a press release on March 8, he canceled his plans due to the situation in Russia.

“Aurora Expeditions has confirmed that it will be making changes to its upcoming voyages that include Russian itineraries in light of the invasion of Ukraine,” he said.

Swan Hellenic, based in Cyprus, has canceled three visits to Nome for its new 340ft ’boutique ship’, the SH Minerva.

The company announcement On March 21, it amended plans for Minerva and another vessel due to the “tragic situation in Ukraine and ongoing COVID-related restrictions in the Far East”.

Other companies have also says the Russian invasion of Ukraine caused them to change their schedules. Cruise line officials did not respond to emails this week seeking comment.

There are ethical considerations in supporting Russia by spending money there, she said.

The Russian-Ukrainian war is also creating logistical hurdles for businesses that originally planned visits there, she said. Sanctions countries have imposed on Russia are likely a key factor preventing ships from visiting the country this year. It would be problematic to source supplies from a Russian port, for example, she said.

“Right now, with the sanctions on Russia, we wouldn’t necessarily be able to spend money with companies doing business in Russia,” she said.

The remaining tours on the Port of Nome schedule include ship calls with Lindblad Expeditions and partner National Geographic. This includes the Resolutiona new “next generation” 400-foot vessel that can accommodate 125 passengers, scheduled to arrive on August 7. The trip of more than two weeks heads from Nome in Japan and along the Aleutian Islands to southwest Alaska, nonstop in Russia, according to Travel Online sites. Prices start around $30,000 per person, depending on the site.

It has a Zodiac for shore excursions, kayaks, a spa, saunas, reading areas, and other amenities, including a National Geographic-certified photo instructor.

Things aren’t as bad as they could be, but cancellations are still tough, Nome City Manager Glenn Steckman said.

“Over the past two years, Nome, like every other community in Alaska, has been battered,” Steckman said. “It’s another year. Maybe not as bad as the previous two years when we didn’t have cruise ships, but it still hurts. 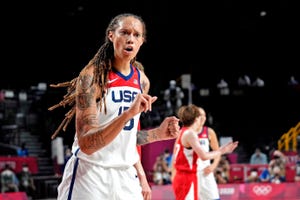