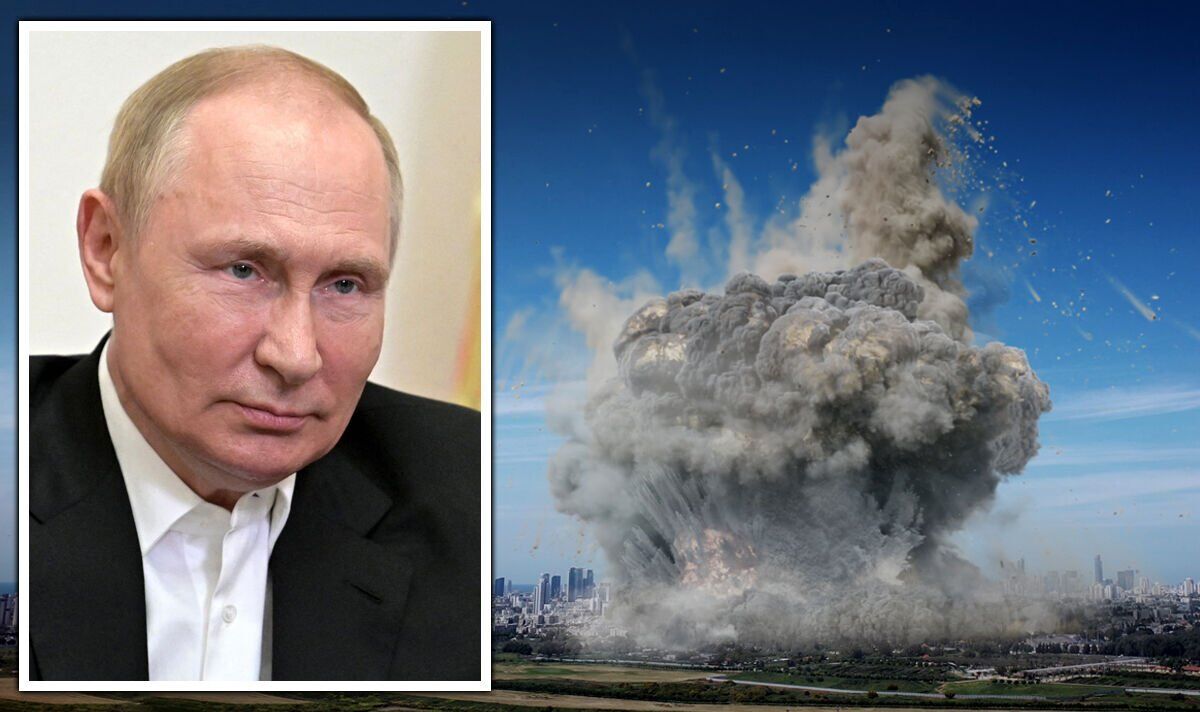 The Kremlin changed its nuclear stance several times during the effort to invade Moscow. Shortly after launching the invasion in February, Putin warned the international community that any interference “will lead you to such consequences as you have never encountered in your history”.

This has been widely interpreted as an allusion to nuclear weapons, as the Kremlin has placed Russia’s nuclear arsenal on high alert.

But in recent weeks, Putin has reduced nuclear rhetoric, insisting that there can be “no winners” from a nuclear conflict.

He said in a statement: “We believe that there can be no winner in a nuclear war and that it should never be started, and we stand for equal and indivisible security for all members of the community. world”.

Russian Defense Minister Sergei Shoigu then said earlier this week that Russia “does not need” a deployment of nuclear weapons in Ukraine.

He told an audience at an international security conference in Moscow: “From a military point of view, it is not necessary to use nuclear weapons in Ukraine to achieve the objectives set.

“The primary purpose of Russian nuclear weapons is to deter nuclear attack.”

He then scorned the world press over “the alleged use of Russian tactical nuclear weapons during the special military operation”, adding: “All these informational attacks are absolute lies”.

But chemical, biological and nuclear weapons expert Hamish of Bretton-Gordon dismissed Russia’s claim that nuclear capabilities would not bolster Russia’s success in Ukraine as “hollow”.

“NATO should impress on Putin that if they see these tactical nukes being moved, they will be destroyed by long-range missiles even though they are still in Russia.”

De Bretton-Gordon continued: “Putin said […] he didn’t need nukes to win in Ukraine, which is increasingly sounding like a hollow statement, as his troops are now under attack from all sides, including from behind.”

The former army colonel then gestured towards the ongoing crisis at the Zaporizhzhia nuclear power plant in southern Ukraine, calling the situation a “major concern” worldwide.

The nuclear facility, which is the largest in Europe, is controlled by Russia but operated by Ukrainian personnel.

Ukraine claims that Moscow bombed the nuclear power plant, while the Kremlin blames the explosions near buildings at the gates of Kyiv.

Ukrainian President Volodymyr Zelensky warned Russian troops they would become a “special target” if they bombed or fired from the power plant.

Earlier this month, the UN nuclear watchdog described the situation in Zaporizhzhia in the Russian-held town of Enerhodar as “out of control”.

Rafael Grossi, head of the International Atomic Energy Agency (IAEA), warned on Wednesday that the organization was in desperate need of visiting the facility after “uneven” communication.

He said: “All principles of nuclear safety have been violated.”

He then added: “If an accident occurs at the Zaporizhzhia nuclear power plant, we will not have any natural disaster to blame – we will only have ourselves to answer. We need everyone’s support.”

De Bretton-Gordon agreed with Mr Grossi, adding: ‘Contamination from an accident or attack here could blanket large areas of Russia and Europe for years.’