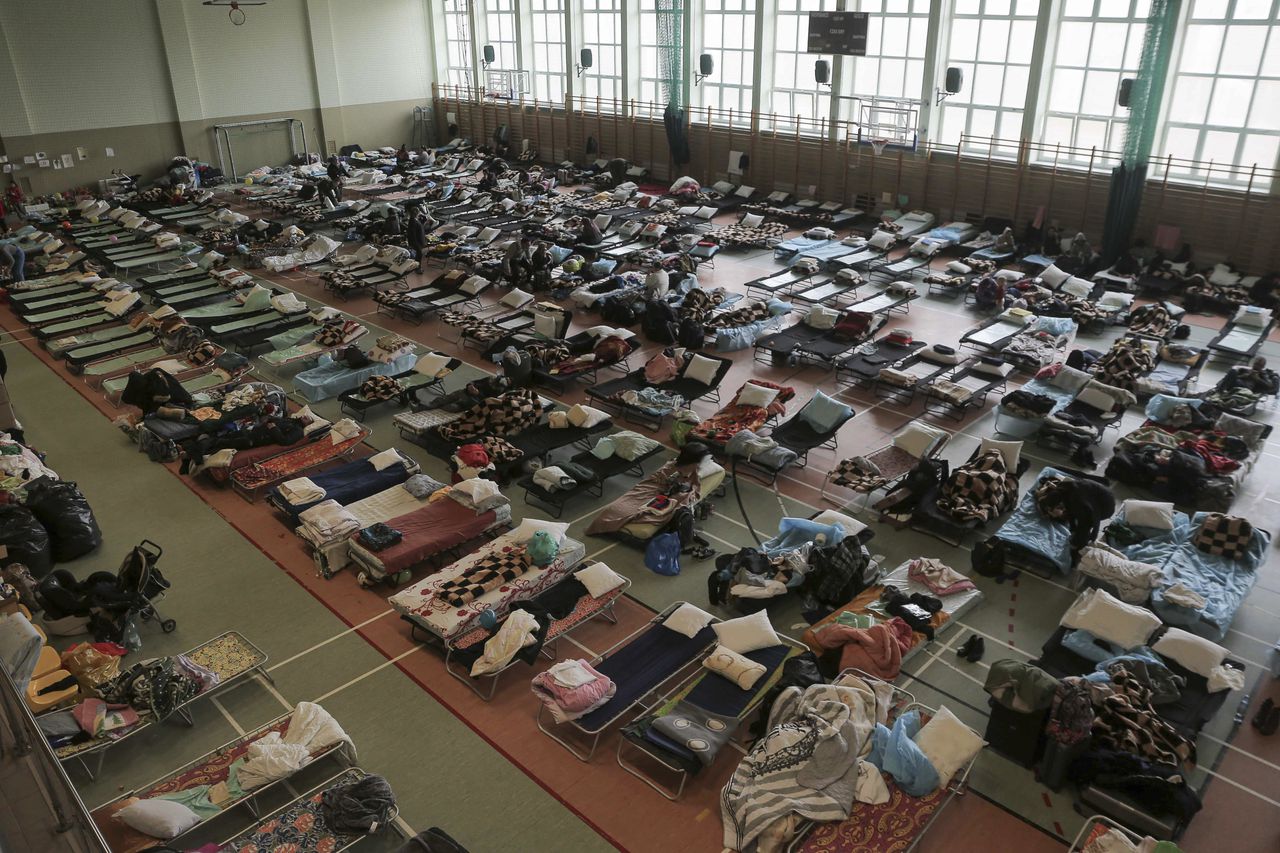 “Half my family is Polish and Slovak and I feel compelled to do something watching this senseless horror unfold,” Kanitra wrote on Facebook. “I don’t know what difference one person can make, but I will at least try.”

A million refugees have fled Ukraine in seven days as Russian forces bombard the country, according to the UN High Commissioner for Refugees Philip Grandi. Ukrainian authorities said more than 2,000 civilians were killed, which has not been independently confirmed.

On the Ukrainian side of the border with Poland, United Nations officials reported queues of several kilometers with waits of up to 60 hours.

For his part, Kanitra said he plans to help refugees commute to Poland and hopes to volunteer with humanitarian organizations including World Central Kitchen and Global Empowerment Mission.

“I have rented a large van and will try to transport those who go to displacement centers, bus stations and train stations. I can only bring and carry a limited amount of luggage with me, so the supplies I will fly over will be minimal,” the mayor said.

The Point Pleasant Beach Chamber of Commerce also helped with the mayor’s relief mission by raising “a tremendous amount of clothing and funds to help supply the border accordingly,” Kanitra added.

“For many years young Ukrainians have been coming to Point Pleasant Beach to enjoy a summer using our rides, attractions and more. They have forged a special bond with so many of our residents. It’s nice to see the community come together like this to give back in times of need,” the Jersey Shore mayor said.

Officials reported dire conditions at the border as crowds tried to escape the Russian onslaught, which they say could force up to 4 million people out of Ukraine in an unprecedented refugee crisis for the Europe of this century.

“Most of the arrivals are women and children from all parts of Ukraine. The temperatures are freezing and many said they spent days on the road waiting to cross,” the UN Refugee Agency said in a statement.

Meanwhile, other New Jersey officials responded to the Russian attack on Ukraine this week. State lawmakers have proposed legislation that would prohibit state and local government entities from doing business with the Russian government or any company with interests in the Russian government. Gov. Phil Murphy, who said Russian President Vladimir Putin had started “a rogue war of choice,” said the Garden State “stands ready and able” to accept refugees from Ukraine.

The Associated Press contributed to this report.

Noah Cohen can be attached to [email protected].

Our journalism needs your support. Please subscribe today to NJ.com.