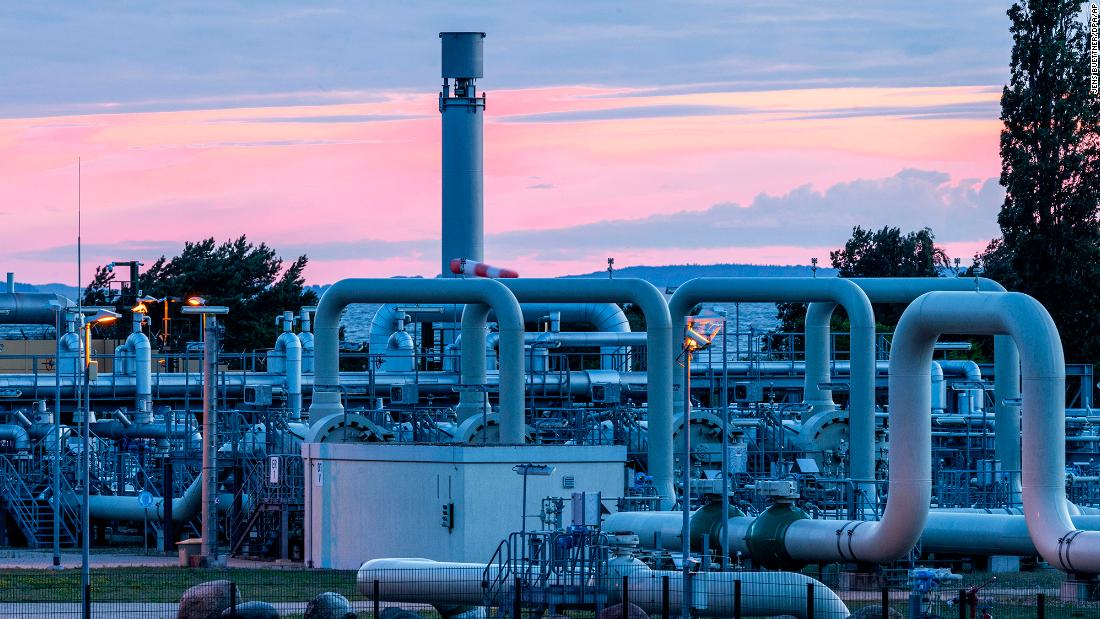 Gas started to flow again on Thursday, according to data from the operator’s website, after the pipeline was shut down for 10 days for scheduled maintenance. Many feared that Russia would resume deliveries once the work was completed.

By mid-morning, Russia had continued to deliver the same amount of gas on the pipeline as before the shutdown. But that’s a significantly reduced amount of gas compared to previous months: Before the pipeline shut down, Gazprom was only delivering 40% of its total capacity, after a dispute over repairs to a key gas turbine.

Those turbines have since been allowed to travel to Germany from Canada, where they were being repaired, under a sanctions waiver, the Canadian government said last week.

But Russia could still decide to keep the taps turned off. The country has already stopped delivering gas to several European countries and energy companies after they refused Russia’s demands to pay for the gas in rubles – a move that would put them in breach of European sanctions.

On Tuesday, Russian President Vladimir Putin said during a visit to Iran that Gazprom would “fully fulfill its obligations” in supplying gas to Europe. But he warned that deliveries could fall by 20% next week if he did not receive the turbine, according to a Wall Street Journal report.

Gazprom confirmed in a tweet on Wednesday that it had not yet received the necessary documentation from Siemens, the turbine’s manufacturer, to enable its delivery to Russia.

Siemens told CNN it would not comment on Gazprom’s claims.

Prepare for the worst

To reduce its dependence on Russian oil, the European Union unveiled an emergency gas rationing plan on Wednesday. The announced “Save Gas for a Safe Winter” plan sets a target for the 27 member states to reduce their gas demand by 15% between August and March next year. This reduction is based on the average gas consumption of the countries during the same months during the previous five years.

Among the measures proposed, the European Commission is encouraging industry to switch to alternative energy sources – including coal if necessary – and to introduce auction systems that compensate companies for reducing their gas consumption.

Natural gas prices fell slightly on Thursday after the pipeline reopened. Ongoing uncertainty over Europe’s gas supply has driven benchmark gas prices up about 85% since the invasion in late February, according to the Intercontinental Exchange.