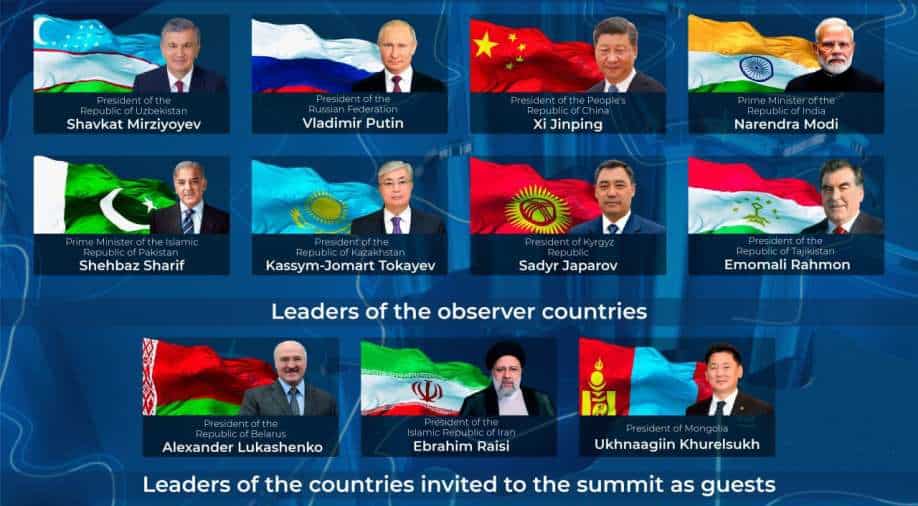 The eight leaders of the Shanghai Cooperation Organization, or SCO, will attend the summit next week in person in Uzbekistan’s cultural capital, Samarkand. Uzbekistan’s president’s press secretary Sherzod Asadov said in a Facebook post that it would be the first face-to-face meeting of SCO leaders since 2019 and would end the presidency of the SCO. organization by the Central Asian country with double landlocked status. In a photo he posted with the message, he listed the names of the eight leaders of member states who will attend the summit in the country from September 15-16.

The grouping, formed in 2001, is one of the largest on the planet in terms of geographic size, population and GDP. Sherzod in the statement said: “The following elements were at the heart of Uzbekistan’s chairmanship in the SCO: – strengthening economic and trade ties; the promotion of industrial and technological cooperation; the pursuit of broader connectivity; digital transformation and the green economy; strengthening the international profile of the SCO.”

The summit is taking place at a time when global geopolitical changes, including the Russia-Ukraine conflict and the Taiwan Strait crisis, present ample opportunities for leaders to also hold bilateral talks. It is currently unclear whether Prime Minister Modi and Chinese President Xi Jinping will hold talks or not, but ahead of the summit they announced the start of the disengagement at Gogra-Hotsprings PP15 which is expected to conclude by Monday September 12.

The Foreign Office said: “It has been agreed that all temporary structures and other allied infrastructure created in the region by both sides will be dismantled and mutually verified. Landforms in the region will be restored to the pre-stalemate period. on both sides.”

The development comes after the 16th round of the India-China corps commanders level meeting which took place on July 17. India and China have already undertaken disengagement in finger areas of Pangong Lake (February 2021), Gogra Hot Springs PP17, Galwan. But areas of friction like Depsang and Demchok remain.

Ties between the two countries have crumbled since the Galwan incident in 2020, in which aggressive actions by Chinese forces resulted in the deaths of 20 Indian soldiers. China, after much delay, has accepted losing four of its troops, a claim that remains dubious given Beijing’s track record of transparency.

It is also unclear whether he will meet Pakistani Prime Minister Shehbaz Sharif, and the likelihood also remains low. India-Pakistan relationship remains in a deep freeze over Islamabad’s support for cross-border terror. After New Delhi removed the special status of the former state of Jammu and Kashmir in 2019, Pakistan suspended people-to-people and business relations with it.

India is expected to raise issues such as Afghanistan, counter-terrorism, connectivity and trade at the summit, but one of the main outcomes will be the handover of the group’s chairmanship. Under his presidency, India will host the SCO summit next year, inviting all member countries, including Pakistani and Chinese leaders. This year, the grouping also expanded to include Iran as its nine member. The last major expansion of the grouping was in 2017, when India and Pakistan became members.

Last week Russian President Putin confirmed he would meet with Chinese President Xi Jinping. He told the Chairman of the Standing Committee of the National People’s Congress of China Li Zhanshu: “I will meet President Xi Jinping soon, at the events related to the Shanghai Cooperation Organization, which will be held in Samarkand, Uzbekistan.” .

Li Zhanshu, the third-highest leader of the Chinese Communist Party, was in Russia to attend the Eastern Economic Forum.

It is important to know that this will be Chinese President Xi Jinping’s first overseas visit since the COVID pandemic. He last traveled abroad three years ago, during a visit to Myanmar in January 2020.