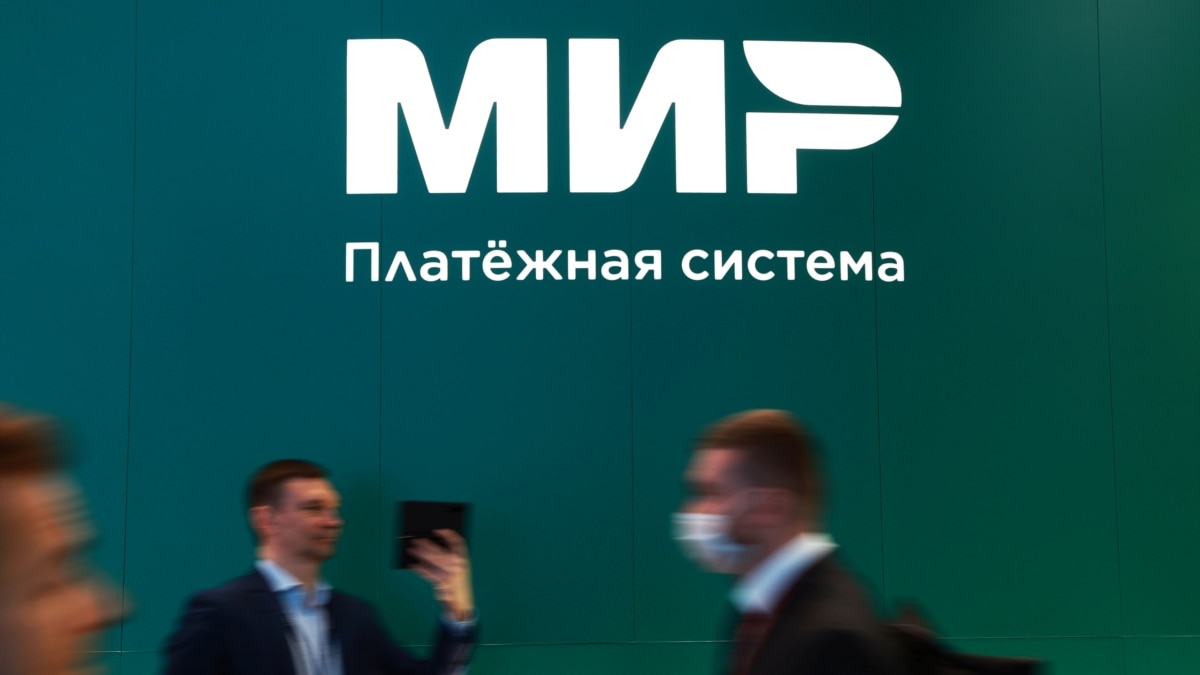 Two private banks in Turkey suspended their use of Russia’s Mir payment system earlier this week following warning signals from the United States.

The system, a competitor of the SWIFT network based in Belgium, is not directly targeted by the sanctions. But US officials say they fear Russia could expand its use of Mir in an attempt to evade sanctions. Experts say banks that allow expanded use of Mir could trigger secondary penalties.

The Reuters news agency reports that the issue is expected to be discussed on Friday at a meeting of senior officials, including Turkish President Recep Tayyip Erdogan.

Turkey’s largest private lender, Is Bankasi, said on Monday it had halted use of Russia’s payment system while it assesses new guidelines from the US Treasury Department.

Denizbank, another private lender in Turkey, said the same day that it was no longer able to provide services to Russia’s Mir payment system. Denizbank, currently owned by Emirates NBD, was controlled by Russia’s Sberbank until 2019.

The move by two banks announced within hours of each other follows additional sanctions and new guidance from the US Treasury’s Office of Foreign Assets Control, known as OFAC.

Responsible for enforcing economic sanctions designated by the United States, OFAC said in a statement earlier this month that Russia was trying to find new ways to process payments in response to crippling Western financial sanctions.

Although the two Russian financial systems themselves are not currently blocked entities under the Russian Harmful Foreign Activities Sanctions Regulationsthe Treasury has warned banks that expanding deals with them risks bolstering Russia’s efforts to evade US sanctions.

The Mir payment system was developed by Russia in 2014 as an alternative to rival payment messaging service SWIFT which supports payments in more than 200 countries. Mir grew further after two credit card giants, Mastercard and Visa, blocked services to Russian financial institutions under Western sanctions.

Asked about their reaction to the Turkish bank’s suspension, a senior administration official said in a statement to VOA that the actions taken by these Turkish banks “make a lot of sense.”

“Cutout of Mir is one of the best ways to protect a bank against the risk of sanctions related to business relations with Russia,” the senior official said on Tuesday.

US officials say they expect more banks to cut Mir, “because they don’t want to risk being on the wrong side of coalition sanctions.”

Experts speaking to VOA say the OFAC guidelines are aimed at preventing the systems from being used to evade US sanctions.

They say the recent decision by the two Turkish banks to suspend Mir reflects their efforts to avoid any risk of sanctions as the West steps up economic measures against Russia.

Former State Department coordinator for sanctions policy Daniel Fried, who crafted US sanctions against Russia following its aggression in Ukraine in 2014, told VOA that the two Turkish banks were “acting in rational manner in an abundance of prudence”.

Fried, who is also the former US ambassador to Poland and currently a senior fellow at the Washington-based Atlantic Council, said OFAC guidelines indicate “there is some risk” to be addressed. with Mir.

Timothy Ash, emerging markets analyst at London-based Bluebay Asset Management, thinks both banks have realized the business may not be worth the risk of being caught in potential secondary sanctions.

Three other lenders in Turkey – Halkbank, Vakıf Bank and Ziraat Bank, all of which are state-owned – also use Mir.

Halkbank is already embroiled in a case where US prosecutors accuse the bank of evading sanctions against Iran. The case was one of the issues that strained US-Turkish relations.

“The public banks will take the lead from the government,” Ash said in comments he sent to VOA on Wednesday. “Perhaps the Turkish government will simply limit Mir’s transactions through this institution to limit broader risks and damage to the Turkish banking system.”

Steve Hanke, a professor of applied economics at Johns Hopkins University who served on former President Ronald Reagan’s Council of Economic Advisers, said it was difficult to predict whether Turkey’s three state banks would also drop out. the system.

He told VOA that cutting off Mir altogether could indirectly hinder Russian visitors at a time when Turkey needs revenue.

Russian President Vladimir Putin’s order to call up 300,000 reservists on Wednesday sparked an exodus of thousands from the country.

According to the popular Russian flight booking platform Aviasales, direct flights from Moscow to Istanbul in Turkey and the Armenian capital Yerevan were Sold out on Wednesday.

The Russian payment system Mir is frequently used by Russian tourists in Turkey.

The Moscow Times reported earlier this week that the Russian association of tour operators, ATOR, has recommended that Russians travel to Turkey with cash due to “diminishing card payment options”.

The pressure should increase

According to a Financial Times report last weekBrussels is also preparing to express its concerns about the risks of circumventing Russian sanctions for Turkish officials.

EU Financial Services Commissioner Mairead McGuinnes is due to visit Turkey next month.

Former US sanctions coordinator Fried predicts that the United States will devote many sources to “dry up the channels of the Russians”.

“I think the pressure from the United States to prosecute the sanctions evaders will increase. Countries in Central Asia and the South Caucasus will start to pay more attention to what their banks are doing to avoid falling under the sanctions hit,” he told VOA.

This story was born in Turkish VOA Service.