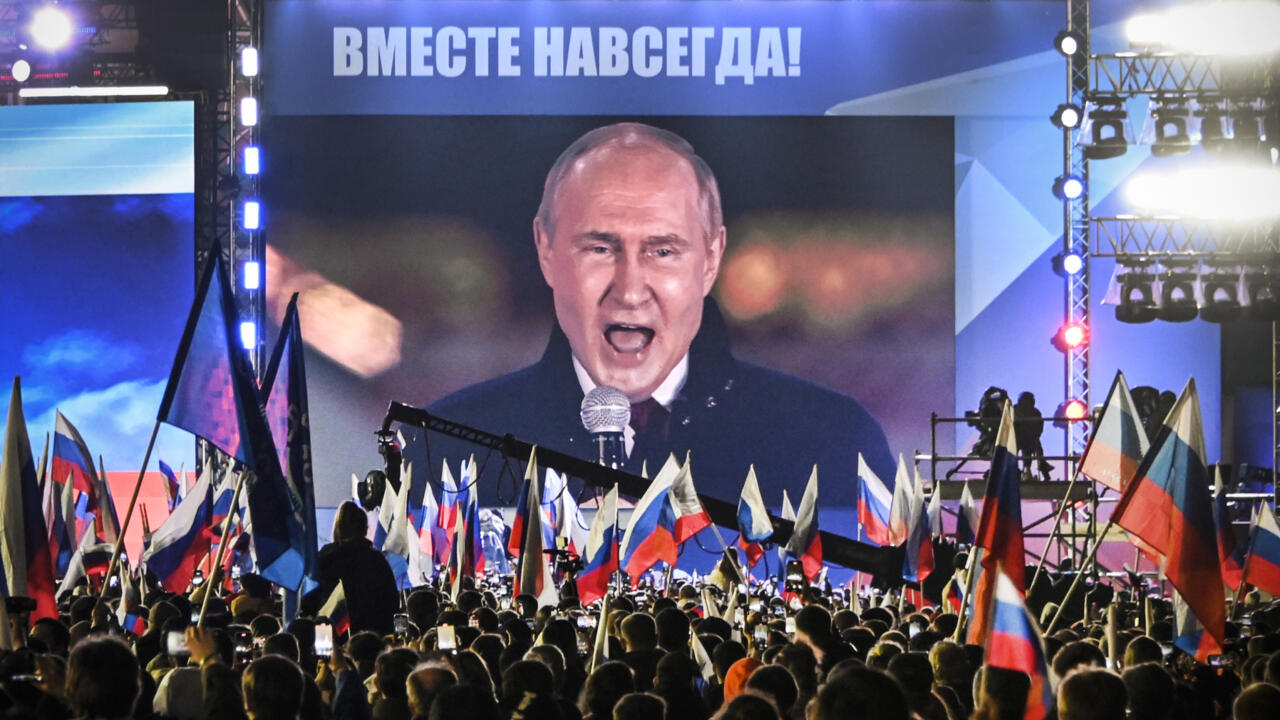 Moscow (AFP) – Restoring Russia to its rightful place among the world’s great powers has obsessed President Vladimir Putin, whose offensive in Ukraine was to be the culmination of more than 20 years of iron will.

But Putin, who turns 70 on Friday, has seen his army exhausted by seven months of grueling military action and his country diplomatically isolated.

The Russian leader has even brandished veiled threats to use nuclear weapons, stoking geopolitical tensions during his campaign in Ukraine.

We are a long way from the turn of the millennium, when a fresh-faced 47-year-old Putin replaced the ailing Boris Yeltsin in the Kremlin, promising friendship and cooperation with the West.

US President George W. Bush hailed him as a “remarkable leader”, while German Gerhard Schroeder and Italian Silvio Berlusconi were among his friends, even as he cracked down on Russian media and waged war in Chechnya.

But things have changed. Joe Biden – the fifth US President of the Putin era – looked into his soul and instead saw a “killer”, even before the military intervention in Ukraine and the unprecedented avalanche of sanctions that followed.

On the other hand, his popularity at home seems untouchable, with Russians grateful for their relative prosperity and Moscow’s return to the top of the world table after the economic and political chaos that followed the collapse of the Soviet Union.

To his enemies, however, Putin dragged his homeland further from democracy, presided over the takeover of the state by a new elite of former secret police cronies, and fueled nationalism in an effort to restore the lost empire of Moscow.

This alleged cronyism is embodied by the Rotenberg brothers and Yevgeny Prigozhin, the founder of the paramilitary group Wagner which acts as Russia’s “shadow army” in conflict zones around the world.

A referendum on constitutional change held at the height of the Covid-19 pandemic in 2020 saw him stay in power until 2036, when the opposition was decimated, with leading critic Alexei Navalny in prison after he was been poisoned.

For Putin and many of his generation, the disappearance of the USSR and its sphere of influence remains a painful wound. The resentment was particularly bitter for Putin, a former KGB agent in East Germany.

The upheaval in post-Soviet Russia triggered difficulties that contrasted with Western triumphalism. Years later, Putin said he was forced to work as a taxi driver to make ends meet.

In 2005, he described the Soviet collapse as the “greatest geopolitical catastrophe” of the 20th century and made little attempt to back that claim, repeatedly emphasizing the “historic mission” of the Russians.

This narrative has fueled resentment against the perceived encroachment of NATO and the European Union into Moscow’s backyard.

Convinced that the West was seeking to subordinate Russia, Putin made Ukraine his red line.

When mobs in Kyiv toppled Russian-backed leader Viktor Yanukovych in February 2014, the Kremlin risked losing its dominance over a key neighbor.

Within days, Putin ordered special forces to seize the strategic Crimean peninsula and – after a rushed referendum rejected by the international community – signed the annexation of the region.

The reshuffling of the Russian border sparked the worst confrontation with the West since the Cold War and sparked a wave of nationalism in the country that saw Putin’s popularity soar.

Then, using allegations of a “genocide” perpetrated by the Ukrainian government against the Russian-speaking population of eastern Ukraine, it sent Russian tanks to its pro-Western neighbor on February 24, 2022, a first in Europe. since World War II.

In 2015, Putin summed up his philosophy as follows: “If the fight is inevitable, you must strike first.”

“In his mind (…) if this war in Ukraine or for Ukraine is lost, then the Russian state will soon no longer exist,” said Tatiana Stanovaya, founder of the analysis firm R.Politik.

The military operation was to be a resounding success – after 22 years of Putin at its helm, the Russian military was modernized under a seasoned command fresh from experience in Syria.

But plagued by corruption and unnerved by Ukrainian resolve, Moscow was forced to give up on Kyiv in the spring.

Taking the east and the south proves costly in troops and ammunition.

The fall saw a series of military setbacks. On September 21, Putin announced a mobilization campaign recruiting hundreds of thousands of reservists.

Hit by Western sanctions, Russia is cut off from international finance and advanced technologies.

And his diplomatic isolation was glaringly exposed when Putin was not invited to attend Queen Elizabeth II’s state funeral.

In the West, some refer to the “drift” of this president, who spent two years largely cut off from the world to protect himself from Covid-19.

A few days before the launch of the Ukrainian offensive, French President Emmanuel Macron worried about a “more inflexible, more isolated” Putin.

He was no longer the one who went shirtless horseback riding or explored Lake Baikal in some kind of submarine, but the one who sat a few meters from his guests at opposite ends of a giant table.

On television, he was ferocious against a West in moral decline, rotting with its liberal ideas and the LGBT movement. At the end of September, he sees “Satanism” coming.

“Macron or (German Chancellor Olaf) Scholz have to choose their words, but not Vladimir Vladimirovich. He says what he thinks, does what he wants,” said Russian political scientist Konstantin Kalachev. “He has complete freedom, nothing is holding him back.”

With the same conviction, he repeats that Ukraine is not a nation, that its independence is a bad turn in history.

Following this logic, he announced on September 30 the annexation of four other Ukrainian regions, even though his army suffered setbacks there.

“Victory will be ours,” he shouted to a crowd gathered in Moscow’s Red Square.

Stanovaya, the political analyst, said: “He really believes that he is the one who reunifies Russian lands. And from my point of view, it could end badly.”

As Putin himself said, “this is not a bluff”.