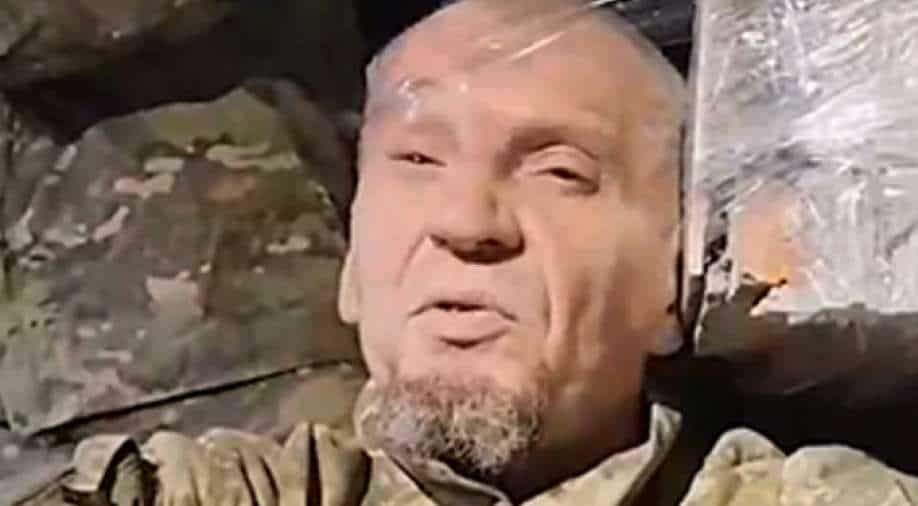 The brutal death of a Russian mercenary in Ukraine who switched sides in September to fight against the Russians prompted a strong reaction from Yevgueni Prigojine, the founder of the private military group Wagner.

The Wagner Group is a network of Russian mercenaries. Originally made up of veterans of the Russian armed forces, the mercenaries fought in Libya, Syria, the Central African Republic, Mali and Ukraine, among other countries.

In September, an unverified video appeared on Telegram that showed a man named Yevgenny Nuzhin, 55, being brutally executed with a hammer. The bloody incident was filmed.

Nuzhin, in the video, was shown with his head stuck to a brick wall. He said he was abducted in Kyiv on October 11 and ended up in a cellar. “I was hit in the head and passed out and ended up in this cellar,” he said. “They told me I was going to be tried,” Reuters reported citing the mercenary.

Later, the video shows Nuzhin, who is identified as a former Wagner mercenary, admitting he switched sides in September to “fight the Russians”. Outraged by the mercenary who defected to Ukraine, an unidentified man in combat is seen attacking Nuzhin’s head and neck with a hammer.

After the crushing, Nuzhin collapsed on the ground and the unidentified man gave him another blow to the head. In response to the posted video, Russian President Vladimir Putin‘s close aide Yevgeny Prigozhin on Sunday called it “a dog’s death for a dog.” He said the mercenary was a traitor.

The video, which Reuters could not verify, was published under the title “The Hammer of Vengeance”. “Nuzhin betrayed his people, betrayed his comrades, consciously betrayed,” said Prigozhin, who has been sanctioned by the United States and the European Union for his role in Wagner. “Nuzhin was a traitor.”

Prigozhin confirmed in September that the Wagner Group was founded in 2014. It was the first public acknowledgment of a link which he denied. He also sued journalists for reporting on the group and its ties. In a video released in September, he is seen hiring convicts in a Russian prison for the war.

On Sunday, Prigozhin also issued a warning to other members of Russian society whom he called traitors. “Remember, it’s not just traitors who throw down their automatic weapons and go over to the enemy,” he said.

“Some traitors are locked in offices, not thinking of their own people. Some of them use their own business jets to go to countries that seem neutral to us so far. not participate in the problems of today. They are also traitors.”