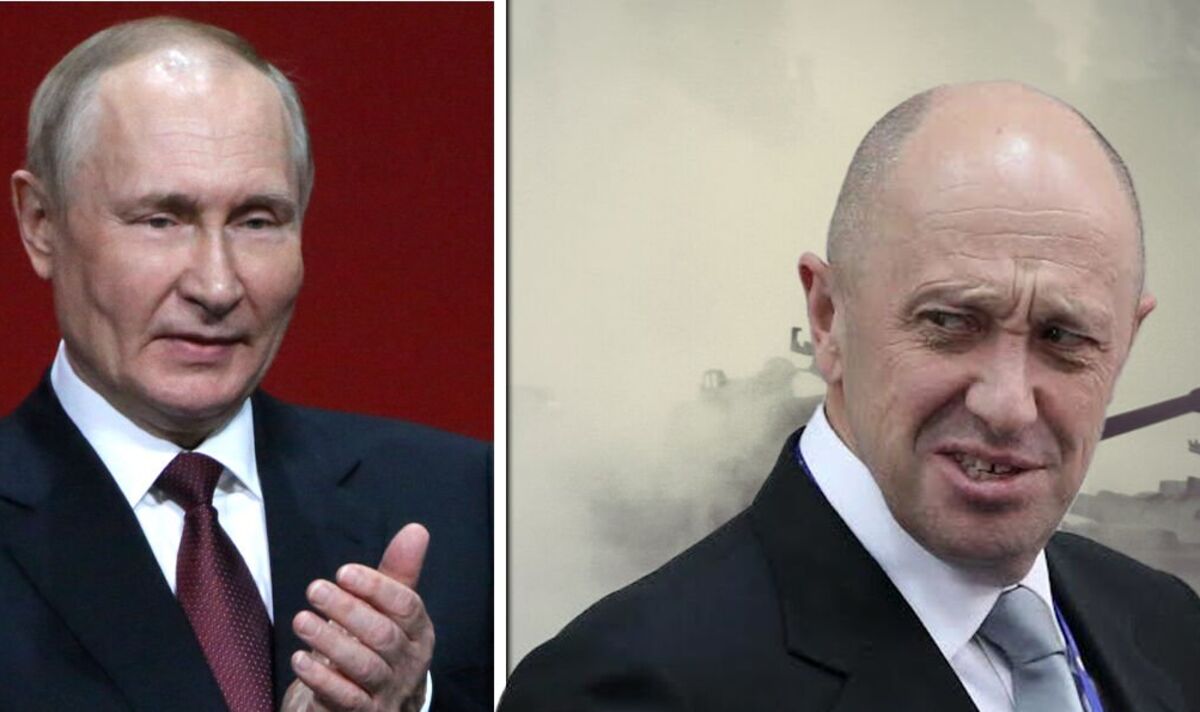 Russia could descend into full-fledged fascism if Vladimir Putin is ousted as president, a journalist and expert on Russian politics has warned. Owen Matthews, who has just published his new book, Overreach: The Inside Story of Putin’s War Against Ukraine, was speaking at a time Putin is fuming over Russia’s withdrawal from the strategically vital southern city of Kherson from Ukraine.

He responded by ordering multiple missile launches that left 10 million people in the country without power.

With widespread concern over how the war is unfolding, nine months after Putin ordered his invasion on February 24, several names have been floated as possible successors, including Yevgeny Prigozhin, who funds the secret Wagner Group mercenary army , and Nikolai Patrushev, the 71-year-old Secretary of the Security Council of Russia.

However, Mr Matthews said anyone in the West dreaming of an end to Putin’s regime should be careful what they wish for.

Yevgeny Prigozhin, leader of the Wagner Group, is sometimes seen as a possible replacement for Vladimir Putin (Image: GETTY)

Nikolai Patrushev is the head of the Security Council of Russia (Image: Getty)

Mr Matthews, who worked as Newsweek’s Moscow bureau chief from 2006 to 2012, told Express.co.uk: ‘So far his grip on power is very secure because his grip on propaganda is safe. There is no obvious successor.

“And although large sections of the Russian government and business elite are desperately unhappy with the war, the small group of men at the top apparently believe that all is well.

“The Russian elite, thanks to the sanctions, had been forcibly decoupled from its assets in the West – and, in the view of the siloviki, from its divided loyalties as well.”

Mr Matthews added: “The important thing to remember is that the opposition to Putin, both in the country and in the Kremlin, is made up of people who are much more dangerous and aggressive than Putin himself.

“In this sense, regime change is very dangerous for Ukraine and for the world, which is one of the main tragedies and threats of the end of the war.”

Celebrations in Kherson after the Russian retreat (Image: Getty)

Whoever replaces Putin in a defeat scenario will come from the ultranationalist opposition to Putin, not a pro-Western liberal

Referring to Putin’s increasingly strident rhetoric, which saw him alluding to the use of nuclear weapons, Mr Matthews said: “There is no feasible scenario by which that would help him. in the field. It’s military and ultimately diet suicide for him to use one.

“But it worked in a very significant way – many Western leaders, led by Emmanuel Macron, are reluctant to encourage a full Ukrainian victory on the ground for fear of creating a revolutionary situation in Russia.

“Whoever replaces Putin in a losing scenario will come from the ultra-nationalist opposition to Putin, not some pro-Western liberal.

“In this sense, Putin is not Hitler, he is Kaiser Wilhelm II – the arrogant idiot who dragged his country into an unwinnable war, which, if followed by a humiliating peace, will lead to rise of genuine Russian fascism.”

Mr Matthew’s book traces Putin’s transformation from a calculating and subtle master of political expediency into a reckless gambler whose aggression threatens to destroy Russia itself.

He explained: “This book focuses on the most fascinating mystery at the heart of Putin’s invasion of Ukraine – how the idea of ​​violently carving out a Greater Russia, backed by orthodox mystical nationalism, is from the fringes of Russian politics to official Kremlin politics?

Emmanuel Macron and Vladimir Putin at opposite ends of a very long table in the Kremlin (Image: Getty)

“How and why did Putin decide to throw decades of carefully constructed macroeconomics and diplomacy out the window and launch a war so reckless and risky that the details were kept hidden from even most of his top ministers until at the very moment of the invasion?

“Who were the dogs that fought under the rug – as Churchill memorably described the Kremlin infighting – that fought for Putin’s ear, heart and mind?

“The whole story of the war cannot be told until it is over. But Overreach tells how the war started. I’m thrilled to be working with Joel Simons and the world-class team at HarperCollins to produce this first version of the story.

Overreach: The Inside Story of Putin’s War Against Ukraine by Owen Matthews, is published by HarperNonFiction