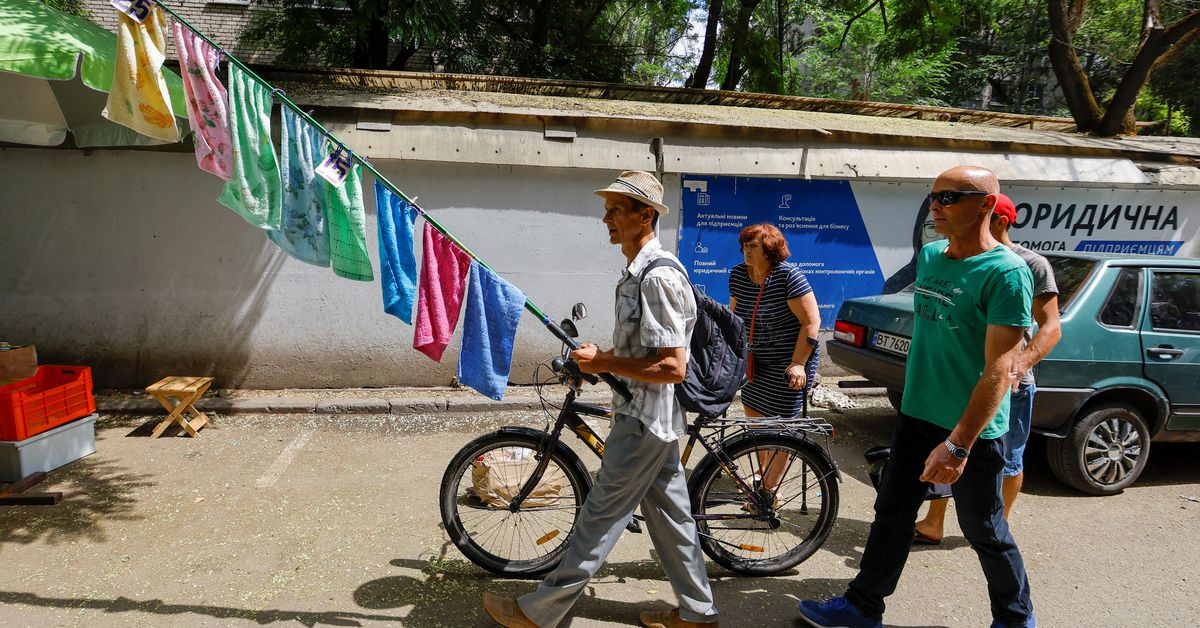 LONDON, Oct 13 (Reuters) – A Russian region adjoining Ukraine said it was preparing to take in refugees from the Russian part of Ukraine’s Kherson province, after its Russian-appointed leader proposed on Thursday that the residents leave to seek refuge as Ukrainian forces advance. .

Most of the Kherson region was seized in the early days of the Russian invasion as it sent in troops from neighboring Crimea. It is one of four partially occupied Ukrainian regions that Russia proclaimed as its own last month in a decision overwhelmingly condemned by the United Nations General Assembly on Wednesday.

However, since August it has been the scene of a major advance by Ukrainian forces.

In a video statement on Telegram, Vladimir Saldo publicly asked for government help in moving civilians to safer parts of Russia.

“Every day, cities in the Kherson region are under missile attack,” Saldo said.

“As such, the leadership of the Kherson administration has decided to provide Kherson families with the opportunity to travel to other regions of the Russian Federation for rest and study,” he said. said, adding that people should “leave with their children”.

He said the suggestion applied primarily to residents of the western bank of the Dnipro River – an area that includes the regional capital, Kherson.

“But at the same time, we suggested that all residents of the Kherson region, if there is such a desire, to protect themselves from the consequences of missile strikes, also go to other regions.”

TASS news agency quoted the governor of Russia’s Rostov region, Vasily Golubev, as saying that a first group of people from Kherson would arrive there on Friday.

“The Rostov region will accept and accommodate everyone who wants to come from the Kherson region,” he said.

Russian Deputy Prime Minister Marat Khusnullin said those leaving Kherson would receive free housing and necessities – and, if they decided to stay outside Kherson permanently, housing.

Russia’s incorporation of the four regions has been denounced by Kyiv and the West as an illegal annexation like that of Crimea, which Russia seized in 2014. At the UN General Assembly, 143 out of 193 countries condemned it in Wednesday’s vote.

Ukrainian authorities say hundreds of thousands of Kherson residents have fled, mostly to unoccupied parts of Ukraine, including half of the regional capital’s pre-war population.

Any major territorial loss in Kherson would restrict Russia’s access to the Crimean peninsula further south, whose return Kyiv has coveted since 2014.