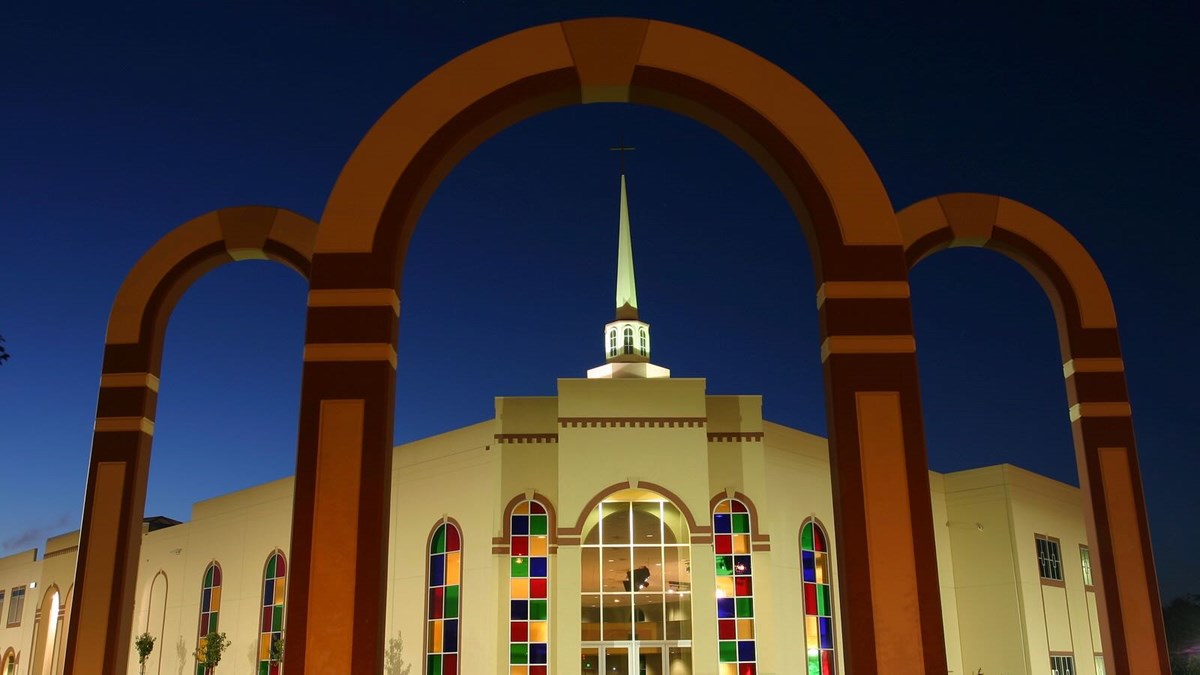 Michael Cherenkov, a pastor from Washington State, has relatives on both sides of the Russia-Ukraine fight. And as wartime propaganda finds its way into the immigrant churches around him, he also has a spiritual family on both sides.

Evangelical pastors in the United States, who lead churches where Russian Americans and Ukrainian Americans pray side by side, see the tensions running high but calm between those who believe in Russian President Vladimir Putin’s justifications for the invasion and those who denounce the injustice of war. Many have ties to both countries, but the war has exposed long-unspoken political divisions.

Cherenkov leads the Revival Baptist Church in Vancouver, Washington, a congregation of 400, mostly Ukrainians. He grew up in Ukraine, where one of his brothers is fighting and where his parents are staying, but was born in Russia, where his sister lives.

Cherenkov’s sister, also a Baptist, supports the invasion, seeing it as a natural consequence of Ukraine siding with the European Union and the United States, and she believes Ukraine should submit to Putin.

“It’s hard to discuss,” Cherenkov said. “It’s heartbreaking for all of us.”

In Sacramento, California, a hub for evangelical refugees who fled the Soviet Union, an associate pastor of a Russian Baptist church recently opened a service with a call for unity as “Satan tries to divide even our community, the Slavic community, which is for Russians and which is for Ukrainians,” and decried the war, taking an unprecedented political stand for the Church.

Evangelical Slavic churches in the United States attract East Slavic immigrants from Russia, Ukraine, and former Soviet countries in the region. The communities have united around a common past of escaping Soviet repression and having families that cross national borders. The 2014 Russian-backed conflicts in eastern Ukraine sparked political differences in American Slavic congregations, but church leaders rarely spoke about them publicly.

Even with Russians and Ukrainians in Cherenkov’s congregation, Revival church leaders prayed and supported Ukraine without any overt division. Some Slavic churches in his area, he said, have had open arguments, with American Russians blaming the invasion on Ukraine’s alignment with the West – a position he attributes to the influence of the Russian media.

“We have to be strong and honest. We have to name all things as they are,” Cherenkov said. “At the same time, I must be merciful to those who are weak, sick and brainwashed. …I just pity. It is so sad that we as Christians are so vulnerable to the propaganda machine of the state – here in the United States in the days of Trump and in Russia now in the days of Putin. It’s so sad that we trust these politicians as false messiahs instead of the gospel of Jesus Christ.

Since the February invasion, Russian state media like Channel One Russia and RT America have lost platforms in the US – YouTube blocked RT America’s live stream – but remain available through other streaming platforms .

RT America is in favor of the invasion, describing Ukrainians as people with “European values” and alleging Ukrainian crimes against civilians in disputed Ukrainian regions like Donbass. A banner headline on his show read, “Russia Accuses Ukrainian Forces of Targeting Chernobyl Infrastructure.” Sputnik News, a state-sponsored radio station, had a headline: “The American Story of Interference with Neo-Nazis in Ukraine.”

Other Ukrainian and Russian pastors in the United States shared similar stories and concerns about the influence of propaganda.

“It’s really sad for me, especially for Christian people, people who are supposed to know the truth,” said Paul Demyanik, a pastor who leads the Western Ukraine Baptist Convention in the United States.

Demyanik understands why Russian evangelicals have to censor themselves under Putin. The leader of the Russian Union of Evangelical-Baptist Christians in Russia, Peter Mitskevich, for example, signed a Baptist World Alliance statement that avoided the word “war” and imposed no blame, because pastors in Russia face arrest for speaking out.

“But here in the United States…they’re supposed to be fearless because the US government won’t do anything against them,” Demyanik said. “Some Russian leaders are still silent. … Many of them went through the Soviet experience. Many of them or their parents went through persecution and prison. I can’t understand that.”

The leader of the Slavic Baptist Association of the Pacific Coast, Rev. Ivan Mileyev, said that while the Russians supported the war, they “are very quiet”. He thinks those who listen to Russian propaganda are a small minority.

“We have believers who don’t understand English 100%. They sometimes listen to Russian news, so they catch up on nonsense – they have become the victims of propaganda,” Mileyev said. His father is Russian and his mother Ukrainian, but he spoke out against the war.

The Pew Research Center, Nielsen and other media experts could not provide data on Russian-American consumption of Russian state media. But researcher Anton Shirikov said Russian immigrants, especially those who came as adults, watch state media because it’s familiar, it’s in Russian and it’s more interesting. for them than American politics.

Shirikov, who worked as a freelance journalist in his native Russia, is currently working on his doctorate on Russian propaganda and censorship at the University of Wisconsin. Even with independent media before recent war crackdowns, Russians still chose to listen state outlets.

“It’s the same logic that guides media choices here and there,” Shirikov said in an email. “People like to read/watch something that represents their country of origin well…at the same time, those who support the war may not even watch TV, but they still get the picture from their friends or from the church.”

The war was the first topic at a March 6 service of the Russian Church of Evangelical Christian Baptists, Sacramento, also called Bryte Church, nicknamed for the Slavic neighborhood.

“We pray that God will stop this war,” associate pastor Igor Dronov told the congregation of 2,000. “We also need this peace… May we be united by this service and by these signs that show us the blood that was shed as a result of the wounds and death of Jesus Christ. The body of Jesus was broken. May we be restored to our unity.

Senior Pastor Mikhail Avramenko said this war was the first time the church has commented on political events. They have always been careful to avoid unnecessary tension as many Russians in Russia watch their services online. But the day after Russia invaded Ukraine, Church leaders said they strongly supported Ukraine’s freedom.

“We try to calculate our words,” Avramenko said. “But when the invasion happens and we see atrocities, we say it’s an invasion. We’re against it.”

Older Russian Baptists have a history of pacifism, according to several Russian immigrant pastors who themselves faced arrest for refusing to take up arms as part of compulsory military service in the Soviet Union. They tend to avoid discussing politics from the pulpit and focus on preaching the gospel.

Andrey Chumakin, president of the Northwest Association of Slavic Baptist Churches and pastor of Salvation Baptist Church in Edgewood, Washington, was one such peace-loving pastor and immigrated to the United States from Russia 20 years ago. He said Russian Baptists “would not touch any political subject on any occasion.” Mileyev, the leader of the Slavic Baptist Association of the Pacific Coast, confirmed this trend.

“For me, as a leader, it is important to send a clear message. Other leaders, they don’t want to take sides in this situation, [saying], “We are Christians and we are not really into politics,” said Mileyev. “They try to insulate themselves from reality…because they have people in their churches who are more pro-Russian. They try to please everyone and not start a fight. I think it’s not fair in this time of war, when innocent people are dying, to say, ‘It’s none of my business’.

Many Russian-American evangelical leaders spoke out against the war and organized donations and help for Ukraine. Bryte Church has already sent $20,000 in humanitarian aid through a Christian relief agency in Germany, while doing regular prayers and fasting for Ukraine. But pastors across the United States are still navigating new tensions in congregations and have urged parishioners to be considerate in their social media posts.

“Anyone who can cause troubled waters or division – I’m almost crying from the pulpit, ‘Please don’t be that man who hurts others with words. Before you say anything, pray. Think about it,” Avramenko said of Bryte. “We talk about it openly in the church.”