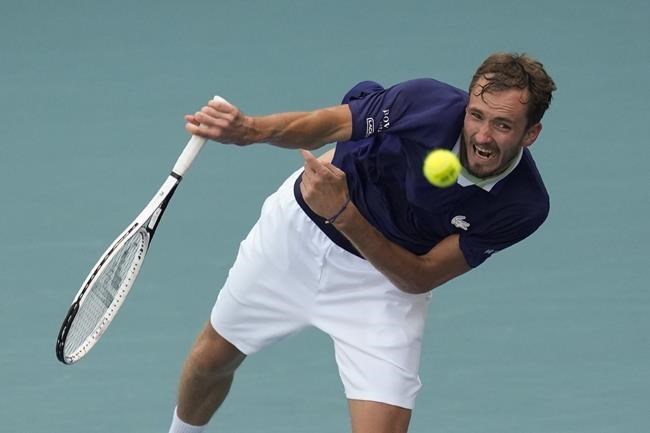 Russian and Belarusian players will be allowed to participate in the upcoming National Bank Open tennis tournaments in August in Toronto and Montreal, at least for now.

Tennis Canada told The Canadian Press that there is no outright ban on Russian and Belarusian athletes from taking part in the tournaments. The statement followed an announcement on Wednesday that players from those countries would not be allowed to take part in the prestigious Wimbledon tournament towards the end of June due to the ongoing war in Ukraine.

“Tennis Canada will follow the recommendations and decisions made by the ATP and WTA regarding the participation of Russian and Belarusian players,” Tennis Canada said in a statement. “At present, players from these nations are allowed to participate in international tennis events on the circuit, but they cannot compete under the name or flag of Russia or Belarus until further notice. .”

This means Russian stars like men’s world number 2 Daniil Medvedev and number 8 Andrey Rublev, as well as women’s number 4 Aryna Sabalenka from Belarus, would be eligible to play at the National Bank Open. However, Tennis Canada has not ruled out the possibility of that changing.

“As we have done since the beginning of the conflict, we will continue to monitor the situation and react accordingly in collaboration with the governing bodies of tennis,” the organization said.

“Tennis Canada stands in solidarity with the people of Ukraine and our hearts go out to all Ukrainians living inside or outside the country. We truly hope that peace will prevail soon.”

The National Bank Open men’s tournament will take place August 5-14 in Montreal, while Toronto will see the women play August 6-14.

This report from The Canadian Press was first published on April 20, 2022.