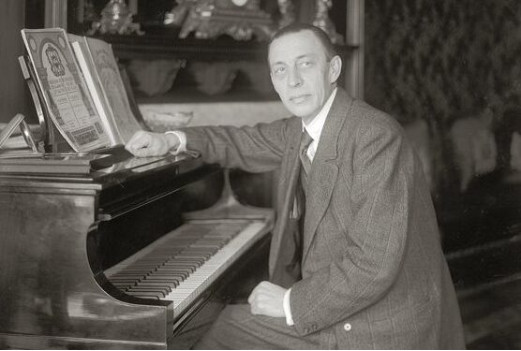 ANNADALE-On-HUDSON, NY — The works of a Russian composer, who was this county’s last notable Romantic figure and a piano virtuoso, will be featured at the 32nd Bard College Music Festival.

The festival will be held in August, with an intensive two-week exploration of “Rachmaninoff and his world”.

In 12 thematic concert programs, the festival will examine Sergei Rachmaninoff (1873-1943), “perhaps the last great exponent of Russian Romanticism, which nevertheless embodied many contradictions”, says a press release. Through the prism of his life and career, the first weekend, August 5-7, will host programs tracing the composer’s complex journey between Russia and modernity. The second weekend, August 12-14, will focus on its relationship with the New World.

Enriched by a wealth of compositions from compatriots, contemporaries, fellow pianist-composers, American influences and more, all events take place at the Frank Gehry-designed Fisher Center for the Performing Arts and other venues on the Hudson River campus. of Bard College, the ad mentioned.

Rachmaninoff remains one of the most contradictory figures in classical music, according to the announcement.

“Born in Imperial Russia, he spent more than half his life in Western exile; best known as a composer, he earned his living primarily as a pianist and conductor; and too often dismissed by critics as a mean reactionary, he continues to be adored by audiences for his soaring ‘hunks’,” the statement said.

Tickets for main stage events are on sale now, starting at $25, and Spiegeltent tickets go on sale in May. For complete information on tickets, series discounts and more, visit fishercenter.bard.edu. or call the Bard box office at (845) 758-7900.