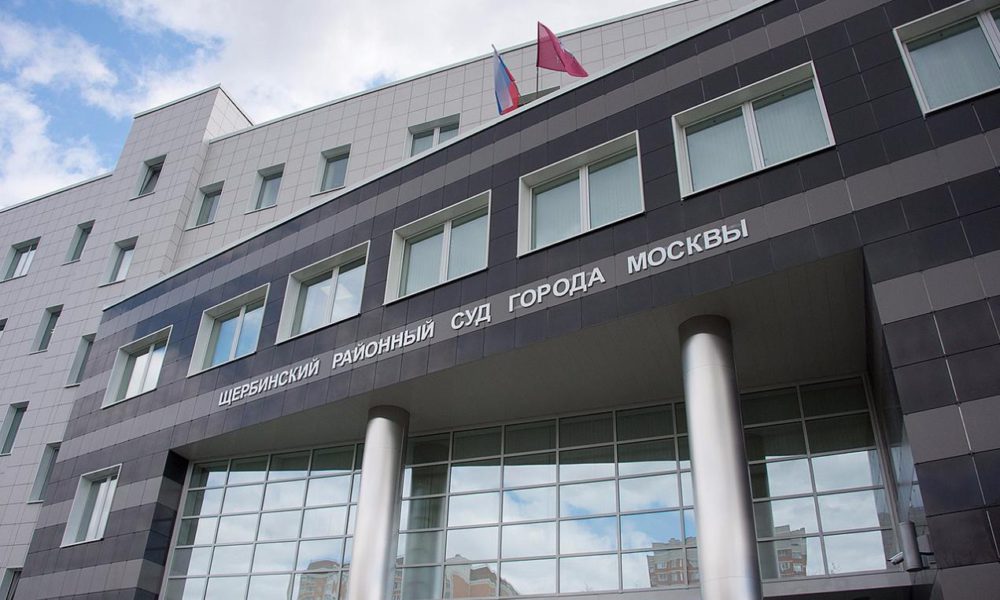 On Thursday, April 21, Judge Tatiana Kuzovkina ruled in favor of the Justice Ministry’s argument that Sphere’s activities were contrary to Russian state policy to preserve, expand and develop [the country’s] human capital.”

The ministry also accused Sphere of spreading “LGBT views” and working with people under the age of 18, aspiring, among other things, to “change Russian federal legislation regarding the LGBT movement” – in other words. , the country’s infamous discriminatory discrimination. gay propaganda law.

The Sphere Foundation was founded in 2011 by Russian LGBT rights activist Igor Kochetkov. In 2016, the authorities designated the Sphere Foundation as a “foreign agent”. In 2021, the Russian LGBT network and Kochetkov personally were also slapped with the toxic “foreign agent” designation. Around this time, state-funded media organized a vicious smear campaign against the network and Kochetkov.

“During [its] 11-year-old Sphere … has never been found in breach of any regulations. The government’s claims against us are ideological, rather than based on law,” Kochetkov said in a social media post.

Upon learning of the decision, Kochetkov said; “No, I’m not crying or crying. I am proud of the work accomplished by the Foundation in 11 years. It should be clear that the ministry and the court made this decision not on a legal basis, but on an ideological basis. No Russian law prohibits the activity of organizations that “do not correspond” to any value. There is simply no such basis in law for the liquidation of NGOs. In this sense, the court’s decision is emblematic – the ideology of the compulsory state is back. It is now official. he added; “The work continues. Their hands are dirty but too short to banish us.

Tanya Lokshina, associate director of the Europe and Central Asia division of Human Rights Watch wrote at the time of filing the complaint;

“With Sphere, the authorities explicitly revealed their political and anti-rights motivation from the outset. After years of hampering the work of LGBT rights activists with the use of the “foreign agent” and “homosexual propagandathe authorities are now demanding the closure of the organization in the name of “traditional values”. The courts should not bow to this act of political and homophobic censorship which flagrantly violates Russia’s human rights obligations.

Vitaly Isakov, lawyer of the Institute of Law and Public Policywho defended Sphere in court hearings, recounted the timeline of events that led to Kuzovkina’s decision:

In the fall of 2021, the Russian Ministry of Justice launched an unscheduled audit of the foundation. During the audit, Sphere provided the Department of Justice with over 5,000 pages of documents – the entire flow of documentation for the past three years.

According to the Audit Results Act, which Sphere received in December 2021, the Ministry of Justice believes that gross violations have been committed in the activities of the fund. Among the claims of the Ministry of Justice, “all real activities of the organization are aimed at supporting the LGBT movement in Russia”: according to the state agency, the country’s Constitution enshrines “basic traditional family values”, and The foundation’s work is aimed at “changing the legislation and moral foundations of the Russian Federation“.

The liquidation request was filed with the main department of the Ministry of Justice on February 4, 2022 following an unscheduled inspection. On February 9, 2022, the judge of the Kuibyshev court, Irina Vorobyova, left the request for the liquidation of the Sphere without motion.

The judge underlined the need to refer to the specific grounds provided for by the legislation in force, by which the plaintiff – the Ministry of Justice – requests the liquidation. This party’s arguments were not presented to the court.

Judging by the folder on the court’s website, the application for liquidation was filed again on March 9, 2022, with another judge, Tatyana Kuzovkina.

The legal process began on March 29, when Isakov and Vyacheslav Samonov, a lawyer working with Sphere, appeared in court on behalf of the foundation. The hearing has been postponed for technical reasons until April 21.

Under pressure from the authorities, many organizations that help solve a wide range of human rights issues, as well as independent media, are forced to stop their work in Russia, — the news about the liquidation of the International Memorial and the Memorial Human Rights Center at the end of 2021 was particularly shocking.

In many ways, a similar attempt to liquidate Sphere is the leadership structures’ contribution to the denial of the entire human rights movement, including the LGBT movement. After an unannounced inspection of Sphere began in November 2021, the registers of “foreign agents” grew with the inclusion of Igor Kochetkov, the founder of Sphere, and the Russian LGBT Network, a movement whose programs are implemented by Sphere.

At the end of 2021, the Far Eastern Center for LGBT and Victims of Violence “Mayak” and the St. Petersburg LGBT initiative group “Coming Out” also entered the registers of “foreign agents”.

The Ministry of Justice register clearly indicates that Mayak, Exit and the Russian LGBT network receive funding from Sphere – in other words, these organizations were persecuted among the first because their connection to Sphere is the most obvious, this which means that actions against them are easier to justify.

There is every reason to believe that this trend will continue. At present, the register of “unregistered public associations recognized as foreign agents” consists of seven items, five of which are represented by LGBT initiatives: it seems that the authorities have created a separate list to suppress the LGBT movement, circumventing the need to name it as such directly.

Additionally, as of November 2021, 5 LGBT+ activists found themselves recognized as “foreign media agents” by the Russian Ministry of Justice.

Sphere is notably behind a campaign to counter the discriminatory law banning “LGBT propaganda”, which stigmatizes the LGBT+ community, creates conditions of social hostility and complicates the living conditions of many people.

Additionally, Sphere has helped hundreds of LGBT+ survivors of kidnappings and torture in the North Caucasus, helping them start a new life in a safe place.

In 2017, when the massive nature of these crimes became known for the first time, representatives of the foundation and its partners succeeded in activating international investigation mechanisms and drawing public attention to this problem. At the same time, Russia has shown a complete lack of political will to recognize these crimes.

Isakov also issued a statement on behalf of Sphere on Thursday after the decision:

As the Sphere team, we declare: “The decision to liquidate the fund, in particular on these grounds, is absolutely unreasonable and incompatible with the standards of the law. We consider it politically and ideologically motivated, separately noting the state’s desire to destroy the majority of civil and human rights organizations in the country.

At this time, our services continue to provide legal, psychological and emergency assistance to the LGBT+ community, and we will do everything possible to ensure that this work continues uninterrupted, regardless of our team’s legal status.

We cannot leave the community unprotected and unsupported at such a difficult time. Our team has always considered it their duty to help the community and unite it based on the principles of human rights and humanitarianism.

Sphere provides legal and psychological assistance to LGBT+ people across the country, supports various initiatives and organizations, provides emergency aid in crisis situations and is engaged in monitoring and advocacy.

Earlier this month, the Department of Justice on April 8, 2022 canceled registration of Human Rights Watch, as well as Amnesty International and 13 other offices of non-governmental organizations and foreign foundations.

Human Rights Watch had maintained an office in Russia for 30 years. The action was announced just days after an appeals court upheld the liquidation of Russian human rights giant Memorial.

“Human Rights Watch has worked on and in Russia since Soviet times, and we will continue to do so,” said Kenneth Roth, executive director of Human Rights Watch. “This new Iron Curtain will not stop our continued efforts to defend the rights of all Russians and protect civilians in Ukraine.