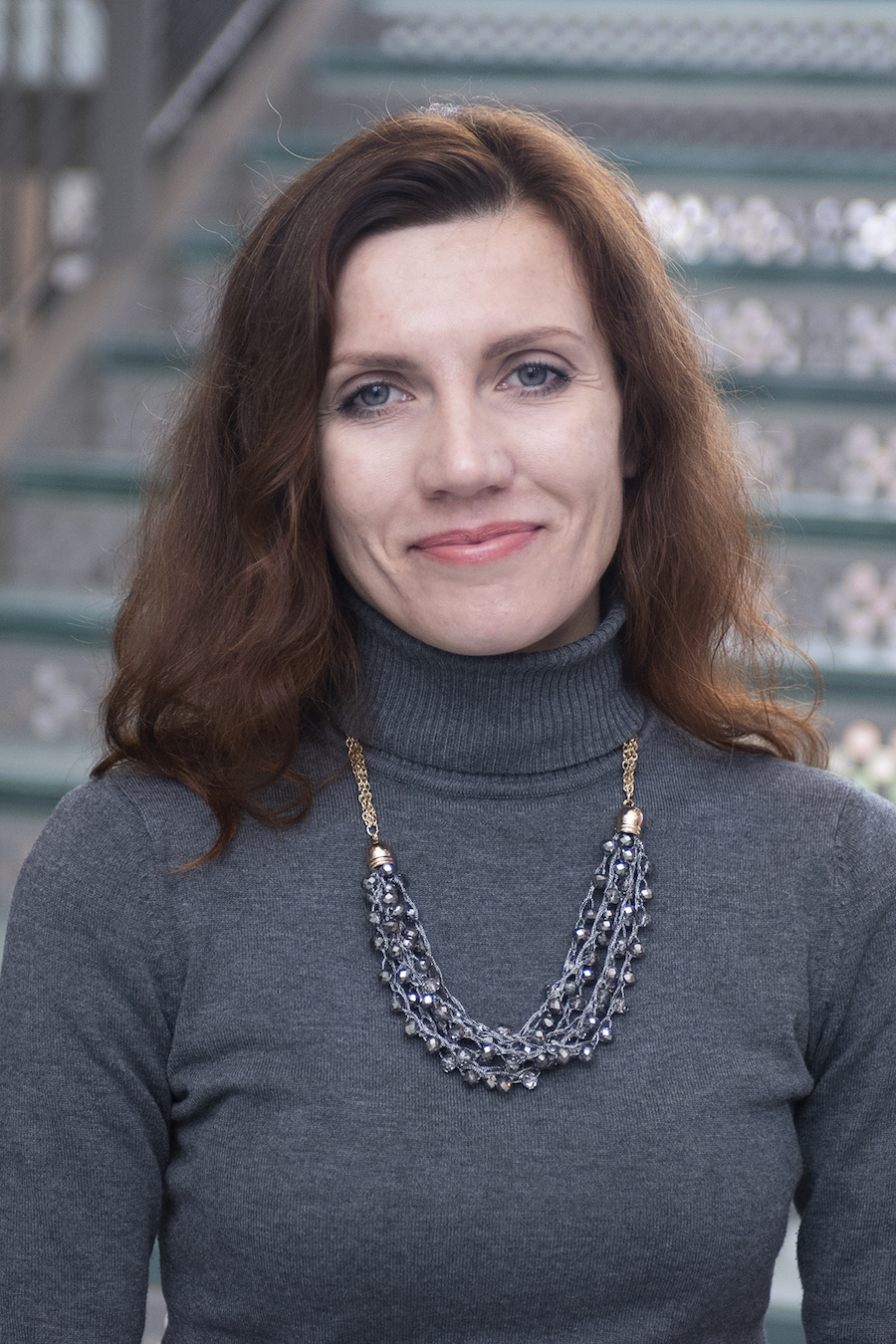 Yesterday, Ukrainian scholar Nataliya Shpylova-Saeed gave a virtual lecture to the academic community titled “Russia’s War on Ukraine: Culture, Memory, Politics” in which she explored the history of changing identities Russian and Ukrainian.

Shpylova-Saaed, a visiting professor in the Department of Russian and Eurasian Studies at Colgate University, recently earned her Ph.D. in Slavic Languages ​​and Literatures from Indiana University, where she completed her dissertation on the contested memory of the Ukrainian and Russian nations. She was inspired to begin this research after Russia’s 2014 invasion of Crimea and has found her research increasingly relevant since Russia’s invasion of Ukraine in February, which caused international refugees and humanitarian crises.

“There was very little understanding of what Ukraine was like in 2014, and at that time I decided to invest my future in raising awareness and separating Ukraine’s conceptions from that umbrella. of Russia,” Shpylova-Saeed said.

In her lecture, Shpylova-Saeed noted that Russian President Vladimir Putin constructed the idea that all Ukrainians hold a Russian national identity. She pointed out that Putin’s rhetoric mixing Ukrainians and Russians had been present in the years leading up to the February invasion.

Russian lecturer Reed Johnson invited Shpylova-Saeed to present at Bowdoin to relate his course Memory in Contemporary Russian and East European Cinema to the current context of war.

“As a department, we really wanted a Ukrainian voice to talk about these collective memory issues,” Johnson said. “I originally thought more narrowly in the context of the course I teach, but it became clear to me that the larger campus could really benefit.”

The conversation took place on Zoom after being postponed from October 14, when Shpylova-Saeed was on her way to Bowdoin but was stuck in Boston due to a storm. Miguel Pavon ’25 noted that while he was disappointed not to see Shpylova-Saeed in person, the conversation deepened his perspective on the cultural history of the war.

“Honestly, I think it was a pretty eye-opener. I’ve heard in the news about some of the attacks, but it’s interesting how all the different aspects of history, culture and politics play into one. role in why the war continues,” Pavon said. “It’s important to have the perspective of a Ukrainian scholar because it adds more to the scholarship with that personal aspect…Even when a webinar, this conference was really amazing.”

As an ethnic Ukrainian, Shpylova-Saeed shared stories of the impact of the bombings and violence on her family, which was close to the blasts in the town of Cherkasy in central Ukraine. ‘Ukraine.

“Small towns and villages across Ukraine were targeted and bombed, which contradicts Russian claims that they were primarily targeting military infrastructure in the east,” Shpylova-Saeed said. “My family told me that they had heard explosions as early as the morning of February 24.”

This conference is one of three organized by the Russian department this semester on the evolution of approaches to Russian pedagogy as the war continues. The second conference, November 17, will feature Linda Kinstler ’13 to discuss recent news stories and her book, “Come to This Court and Weep: How the Holocaust Ends,” about justice and war crimes in Ukraine. Additionally, on December 1, Leon Kogan, senior lecturer in Boston College’s Russian Department, will speak on Rethinking Russian Literature and Culture in the Context of War. Johnson underscored the Russian department’s commitment to connecting its courses to this real-world context.

“Sometimes things happen in the world that … break down the barrier between the thin air of higher education and these life-and-death events,” Johnson said. “It’s one of those moments that makes us feel very strongly about the importance of speaking and teaching about these events in order to better understand this context, how we got here.”