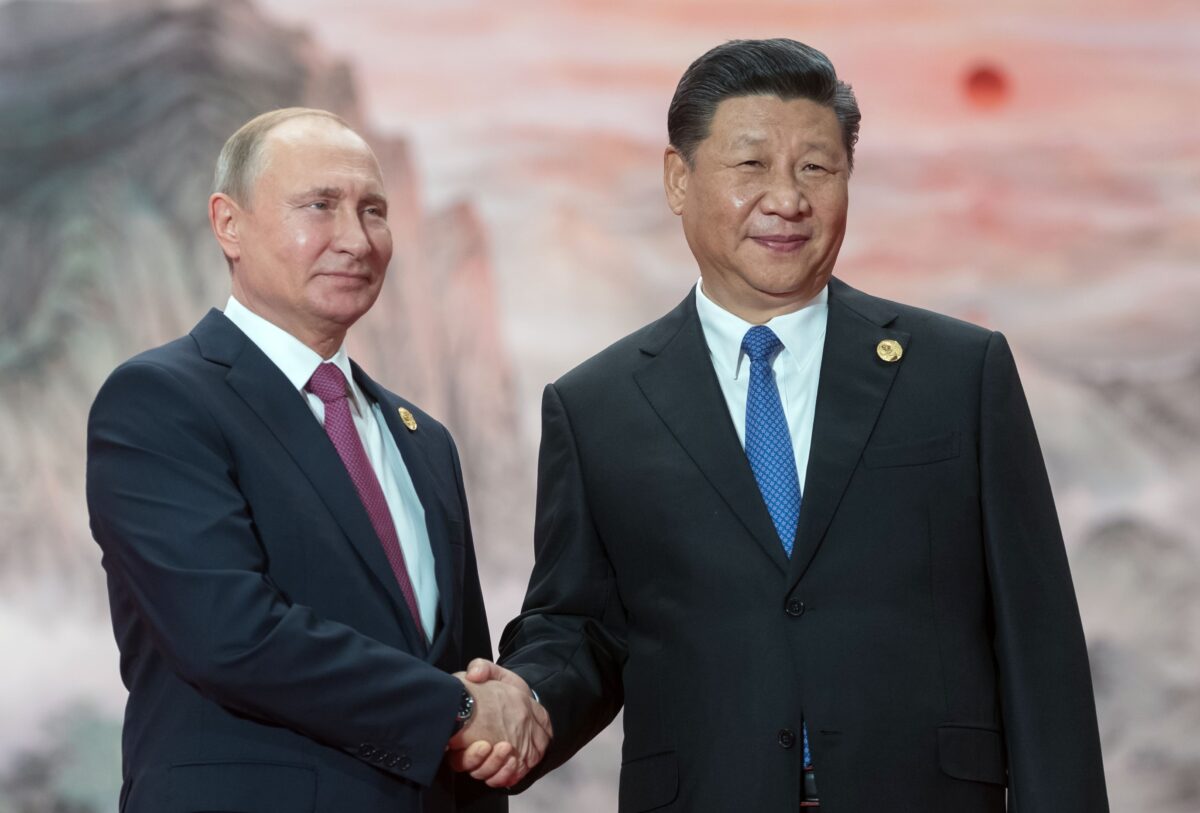 China’s communist leaders are looking for opportunities to increase Russian coal, oil and gas imports amid the ongoing war in Ukraine. Experts say the move could help stabilize China’s lingering energy problems, but could also backfire by attracting international sanctions.

As Western countries weigh tougher sanctions on Russian energy exports in the coming months, the question of how Beijing might react to international anger against Russia is on many people’s minds. It was a subject of discussion for a panel discussion of foreign policy experts on July 8 at an event hosted by the Atlantic Council, a foreign policy-focused think tank.

With Russia becoming China’s top crude oil supplier, energy relations between the two countries remain complex, as state-owned energy companies in Beijing have also suspended some energy projects in Russia. Yet, given the apparent commercial advantages of Russia’s continued isolation on the world stage, some wonder whether the Chinese Communist Party (CCP) might wish to prolong the situation.

Among the speakers at the Atlantic Council event was Erica Downs, senior fellow at Columbia University’s Center on Global Energy Policy.

“Russia is one of China’s most important energy partners,” Downs said.

She explained that China was the largest importer of Russian coal, natural gas and oil and had increased its consumption over the past year despite Russia’s invasion of Ukraine.

Indeed, the communist regime double its imports of liquefied natural gas from Russia in February more than a year earlier, increasing its imports of Russian oil even as demand waned. As of November 2021, China accounted for almost half of all global crude oil imports from Russia, and this trend shows no signs of slowing down.

Downs said China’s motivation was multifaceted. On the one hand, the CCP was capitalizing on lower prices due to the lack of a market elsewhere in the world, she said, while on the other hand, the regime was desperately trying to improve its energy security. following historic blackouts that forced the regime to close factories for lack of power.

Notably, Downs also said that onshore pipelines entering China from Russia bypass maritime choke points that could be targeted in the event that China is sanctioned by the international community.

The war in Ukraine “certainly presents an opportunity for China, as well as a bit of danger,” Downs said.

“It allowed China to buy a lot of cheap Russian fossil fuels.”

Downs noted that the war also provided the CCP with the advantage of being able to negotiate its ties with Russia from a position of strength, given Russia’s inability to successfully engage in the marketplace elsewhere. Yet, she said, Chinese companies remain wary of violating international sanctions despite CCP rhetoric questioning the sanctions’ legitimacy.

Seismic impact ahead for the global energy market

Although China’s communist leadership appeared poised to escape the hardships of last year’s energy shortage, some believed the worst was yet to come for the global community.

“Russia’s massive attack on Ukraine is a major geopolitical event, obviously, but it will have a seismic impact on the global oil and gas economy,” said Edward Chow, senior security program associate. energy and climate change at the Center for Strategic and Climate Change. International Studies, a security-focused think tank.

“It’s a little early to be completely sure of the long-term impact. My feeling is that it could be bigger than the two price shocks of the 1970s.”

Chow’s remarks referred to the five-month oil embargo on the West led by Saudi Arabia beginning in 1973. This embargo, although brief, had devastating consequences for the US oil supply, quadrupling US gas prices and causing shortages across the country. The problems triggered by this crisis then fueled the oil shock of 1979, when markets overreacted to Iran’s loss of oil production, leading to rising prices and shortages that eventually triggered a global recession. long-term.

“It will be played out over a long period of time,” he said.

Given this long period, Chow said the complexity of the China-Russia relationship would have the opportunity to evolve — or fracture — in interesting ways, especially given the once close ties between China and Russia. ‘Ukraine.

Before Russia invaded its neighbour, China signed a treaty promising to protect Ukraine from aggression by nuclear powers. The regime even bought its first aircraft carrier from Ukraine in 1998.

“The war will only make things much more complicated in the future.”

The growing shadow of Sino-Russian authoritarianism

US intelligence officials have repeatedly said that the partnership between the CCP and the Kremlin will only continue to grow over the next decade. While there may have been some doubt following the announcement of a “no limits” partnership between the two regimes during a face-to-face meeting between Xi and Putin in February, the commitment of either he other side has so far proven unshakable. Indeed, this declaration and the unlimited character of the partnership were again reaffirmed in April.

Beyond that, the CCP reportedly had advance notice of Putin’s invasion plans and demanded that the war in Ukraine be postponed until after the Beijing Olympics in 2022. The Biden administration is went so far as to engage in hours-long talks with CCP officials over their consideration of providing military support to Russia’s war effort. Additionally, a Ukrainian report, likely compiled by a friendly Western country, claimed that China-based hackers had waged a massive cyber campaign against critical Ukrainian civilian and military infrastructure, including attacks on nuclear assets, the day before the Russian invasion.

NATO member nations have called on China to push back against Russia and refrain from supporting its war effort, though it’s unclear to what extent the West is prepared to pressure Beijing on its economic ties with Moscow amid heightened global tensions.

Andrew Thornebrooke is a reporter for The Epoch Times and covers China-related issues with a focus on defence, military affairs and national security. He holds an MA in Military History from Norwich University.