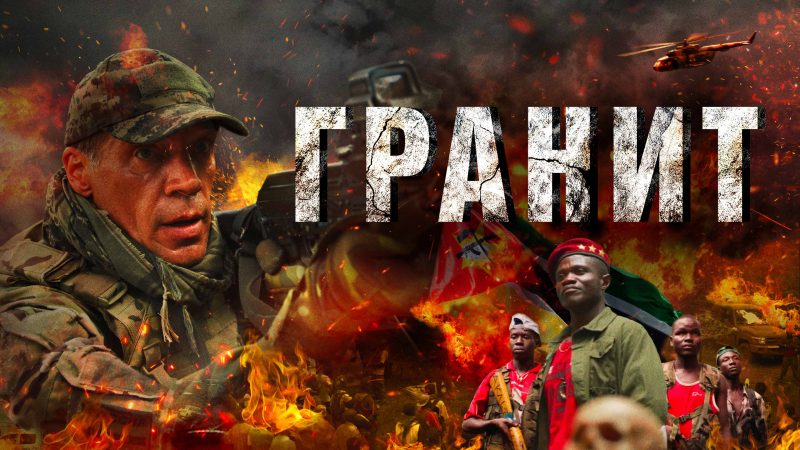 Paramilitary fighters from the Russia-linked Wagner Group star in a new film singing their praises for interventions against rebels in the Central African Republic and elsewhere on the continent.

A screening of the film drew several hundred people to a stadium in the capital Bangui on Saturday January 29.

The Central African Republic (CAR), one of the poorest and most unstable countries in the world, has been ravaged by civil war since 2013.

In addition to the presence of hundreds of paramilitaries from Moscow and the growing control of the country’s gold and diamond resources by Russian companies, the CAR has seen a growing cultural offensive.

The new film, “Granit,” comes a few months after “Tourist,” which chronicles the recapture of rebel-held territory by Central African forces and their Russian allies.

After “Tourist” which depicted the Central African armed forces and their Russian allies, the mercenary militia Wagner presents a new film, “Granit”, also shot in the country. The first took place on Saturday evening at the Bangui stadium. #Central African #Movie theater pic.twitter.com/7EaSaVAULS

The United States and the European Union have intensified pressure against the Wagner group, accused of abuses in CAR and Libya and which is said to have discussed a major contract with Mali.

“Granit”, although filmed in the CAR, is set in Mozambique, where “instructors” from the Wagner group helped the Mozambican army in its fight against Islamist insurgents in 2019.

Jihadist attacks in the Cabo Delgado region of northern Mozambique, rich in natural gas and other resources, had begun two years earlier.

The parallels with their own country did not escape cinemagoers on Saturday evening.

“It pains me to see how these rebels slaughtered innocent people with knives,” Junior Lenguendja, a high school student, told AFP, watching a scene in which insurgents killed villagers and burned down their homes.

Patrick Kodawe, a sociology student at the University of Bangui, said: “I wish our forces were as good as the Russians at defending our country.

“Granit” was produced by Aurum, a company whose majority shareholder is Russian businessman Yevgeny Prigozhin, an ally of Russian President Vladimir Putin, suspected of leading the Wagner Group.

Nicknamed “Putin’s boss” because his company served the Kremlin, Prigozhin was sanctioned by the European Union in October 2020 for undermining peace in Libya by supporting the private military company Wagner.

The action takes place in French, in Sango – one of the national languages ​​of the CAR – and in Arabic.

As in “Tourist”, the film praises the actions of Russia in Africa.

“This film presents the achievements of Russians on different fronts,” said fellow viewer Titus Konga. “They rescue people in distress and come to the aid of our forces when they are ambushed. They present themselves as the saviors of our country.

A friend who declined to be named added: “The enemies of the Central African Republic demonize the Russians but we really appreciate what our partners are doing to liberate the country from the yoke of the rebels.”

The paramilitaries helped Central African government forces retake from the rebels much of the two-thirds of the country they once controlled.

Officially, Russia acknowledges the presence of 1,135 “unarmed instructors”, but aid groups on the ground as well as France and the United Nations claim that some of them work for Wagner, which Russia denies.

In 2021, a UN panel of experts warned of human rights abuses against civilians by Central African soldiers and Wagner paramilitaries.

The UN recorded 526 human rights violations and abuses in one year, which UN experts say caused at least 1,221 deaths, including 144 civilians.

In early October, the government in Bangui acknowledged some of the abuses, but insisted much of the blame lay with rebel fighters.