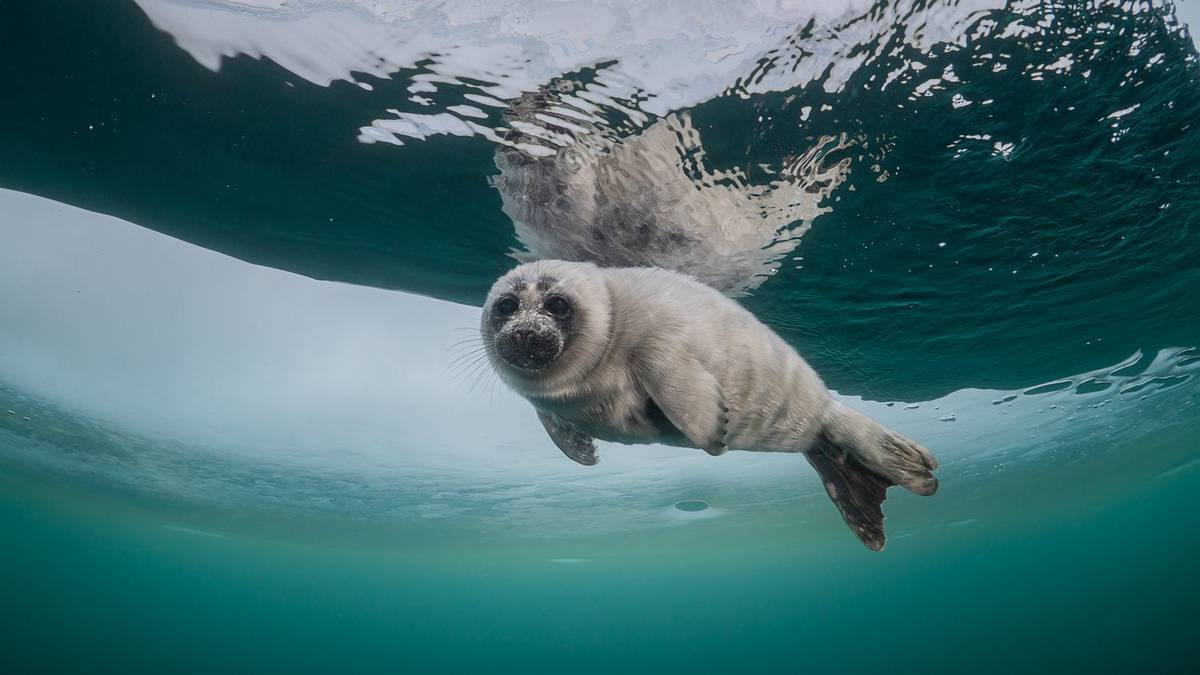 Deep in the mountainous region of Siberia, Russia, north of the Mongolian border, lies a lake of superlatives.

Not only is Lake Baikal the deepest and oldest in the world (25-30 million years old), but it is also the largest freshwater lake and one of the clearest in the world.

Ironically, it is in this huge end that you will find the smallest seal in the world; the seal of Baikal.

The lake’s remoteness and tendency to freeze for five months of the year may deter most people from visiting, but for wildlife photographer Dmitry Kokh, the harsh conditions inspired him to go capture the lake and its little inhabitants.

However, getting to the lake isn’t even the hardest part according to the Russian photographer who attempted a trip in 2019. It’s more the timing.

“This perfect middle age for adolescence is optimal for photography because they are more curious and interested.”

Female Nerpas give birth in March and although the hatchlings are covered in white fur, they cannot swim, which can create stress for mother and baby if humans are nearby.

However, in April, when Kokh visited, the puppies’ fur had turned gray and they were ready to explore the wonderful world under the ice.

The result, it must be admitted, is rather adorable. Unsurprisingly, Kokh said photographing the seals was “pure joy”

“They’re fun, friendly, curious and very photogenic, so it’s almost always a rewarding experience,” he said, adding that it beats a day at the office.

As for how he handled the underwater temperature, which can drop to -19°C in winter, Kokh used a combination of expert gear and a classic European trick.

“You need weather-appropriate gear and need to prepare safely, but the short answer is that excitement and adrenaline keep you warm! Vodka helps too!”

Kokh has photographed many fascinating creatures in unusual places, including polar bears that have taken over an abandoned weather station on an island between Russia and Alaska.