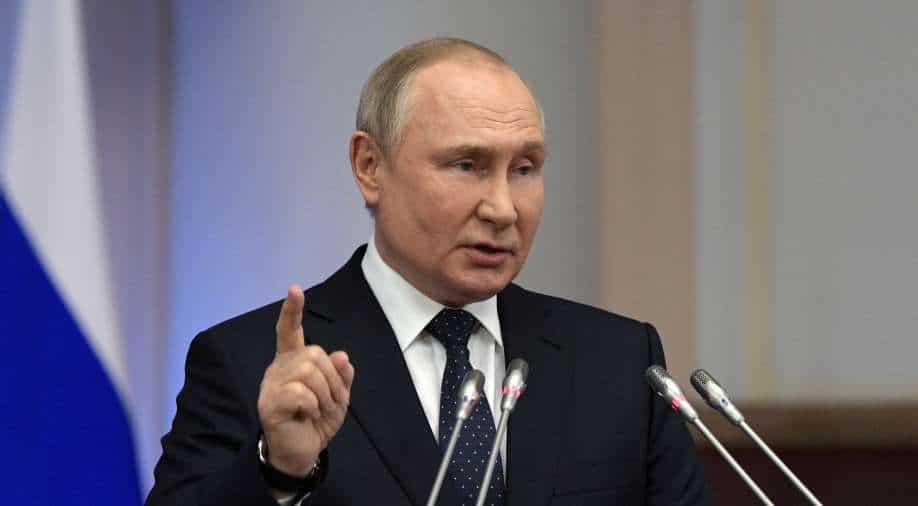 Disclaimer: A number of claims and counterclaims are being made about the Ukraine-Russia conflict on the ground and online. Although WION takes great care in accurately reporting this developing news, we cannot independently verify the authenticity of all statements, photos and videos.

In what appeared to be a first public acknowledgment that the “partial mobilisation” announced by Russia last week may not have gone as smoothly as claimed, President Vladimir Putin called for mistakes to be made. “corrected”.

As discontent continues to grow in Russia over the call for conscription, Putin said on Thursday that “all mistakes” made in a call to bolster Russia’s military operation in Ukraine must be corrected.

During a videoconference with his security council broadcast on Russian television, Putin said: “This mobilization raises many questions. We must correct all mistakes and ensure that they do not happen again.”

During his speech, Putin gave examples of people who were ineligible and summoned, such as fathers of large families, people with serious illnesses or very old people.

Putin said, “If a mistake has been made, it should be corrected and those who were summoned without proper reason should go home.”

Kremlin spokesman Dmitry Peskov said on Monday that some “mistakes” had been made in the mobilization process, which focused on 300,000 reservists with military experience or useful skills, such as truck drivers.

According to the organization OVD-Info, more than 2,400 people have been arrested in demonstrations against the mobilization in Russia since its announcement on September 21.

The announcement was not well received by citizens as Russians also chose to flee the country, causing large queues at the borders of Georgia, Kazakhstan, Mongolia and Finland.