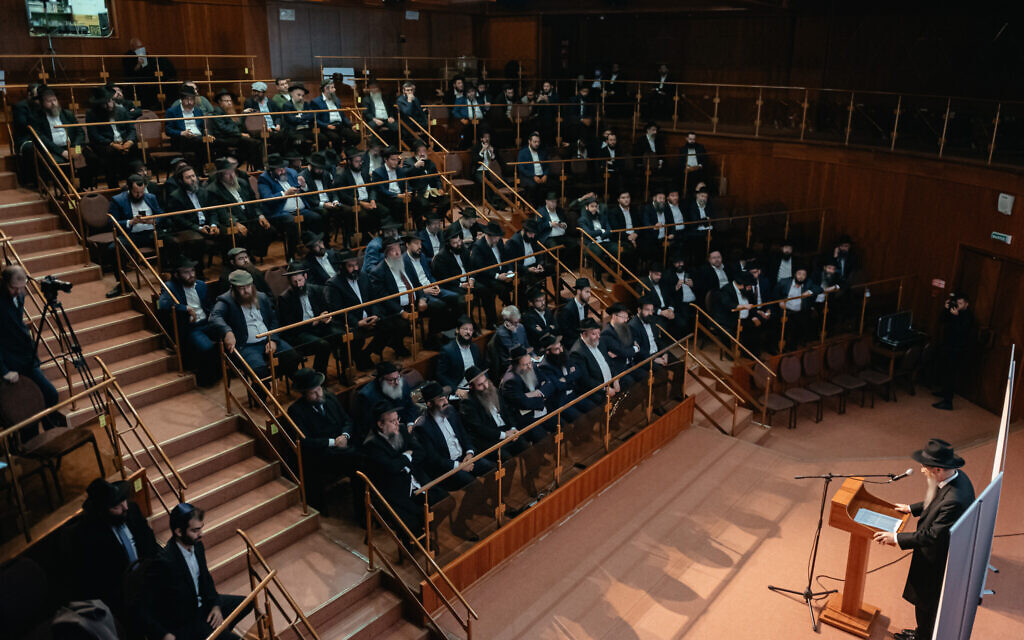 Dozens of Russian rabbis gathered on Monday to discuss the challenges they and their communities face in the wake of their country’s brutal invasion of neighboring Ukraine and as a subtle critique of former chief rabbi of Moscow Pinchas Goldschmidt, who fled the country because of his explicit opposition to war views.

The gathering of some 75 rabbis – most of them from the Chabad-Lubavitch sect – was organized by the Federation of Jewish Communities of Russia, one of the two largest Jewish organizations in the country.

In addition to the general crackdown on civil society and freedom of expression in Russia since the start of the invasion, the Jewish community in particular has felt under attack in recent months as Russian authorities have sought to end to the activities of the Jewish Agency in the country.

At the conference, held in Moscow, the rabbis issued a resolution calling for “peace and an end to bloodshed.”

“We call on world leaders to do everything in their power to bring peace between nations. Peace is a divine value and is the foundation of humanity’s existence in the world,” they wrote.

The resolution, however, notably did not explicitly mention Ukraine or blame the war.

Russian rabbis gather in Moscow to discuss challenges facing their communities on September 5, 2022. (Federation of Jewish Communities of Russia)

The federation’s statement called the conflict an “invasion,” tantamount to a mildly rebellious move in Russia, where the war is generally euphemistically referred to as a “special military operation.”

Among the 75 rabbis at the rally were Russia’s Chabad chief rabbi Berel Lazar, who issued lukewarm condemnations of the war, and federation president Rabbi Alexander Boroda, who repeated Russian government talking points on the rise of Nazism in Ukraine. Israel’s Ambassador to Russia, Alexander Ben Zvi, also addressed the conference, reading a letter sent by President Isaac Herzog.

Since the February 24 invasion of Ukraine, some 20,000 Russians have immigrated to Israel – the highest number in about two decades – fleeing an increasingly oppressive regime under Russian strongman Vladimir Putin. Nearly 200,000 Jews now live in Russia, although about three times as many are eligible for Israeli citizenship, having at least one Jewish grandparent.

“Relations between Russia and the rest of the world have deteriorated rapidly since the start of the invasion in February, leading to economic uncertainty and, of particular concern to the Jewish community, a sense of fear and isolation that does not hasn’t been felt in decades,” a statement from the federation said.

At the conference, organizers said, the rabbis “renew their promise to continue to lead their communities and not abandon them in these trying times.” 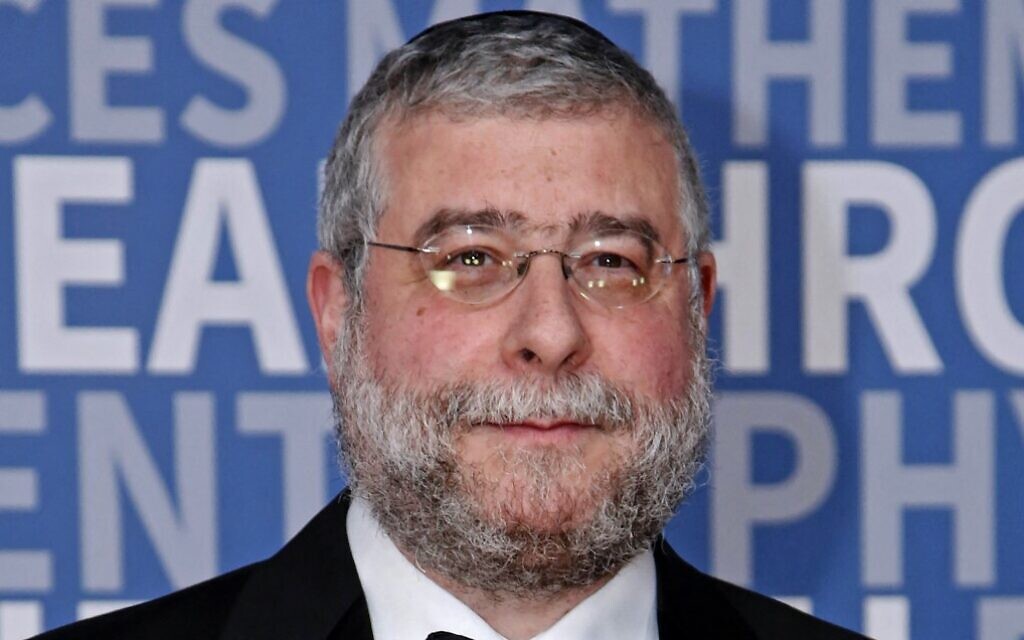 It was a thinly veiled reference to Goldschmidt, who is not affiliated with Chabad and who left Russia for Israel with his wife two weeks after the outbreak of war in Ukraine, after initially refusing pressure to support the invasion, then openly opposing it.

“Some voices in the West demanded that the rabbis sacrifice the security of the Jewish community by publicly attacking the government,” the rabbis added, without naming anyone in particular.

In his exile, Goldschmidt was free to criticize the war and Putin’s regime. In an interview with the BBC last month, the rabbi declined to pass judgment on those who remained in Russia or who did not speak out against the war.

In an even more subtle critique of Goldschmidt, Lazar told the conference, “A rabbi should always be with his Jews, even in the most difficult times.

Asked about the Russian rabbis’ remarks, Goldschmidt refrained from commenting directly on them but responded with his own quiet criticism in the form of a blessing ahead of the Jewish New Year, Rosh Hashanah, later this month.

“I wish all the Chabad rabbis of Russia a blessed new year. May God keep them away from evil and evil and may they be as helpful as possible in helping Jews who want to leave Russia,” Goldschmidt told The Times of Israel through a spokesperson on Tuesday.

Herzog relayed his support for the Russian Jewish community in a letter read at the forum by Ambassador Ben Zvi.

Herzog praised the rabbis’ “remarkable strength” and their dedication to their work during difficult times.

“Your commitment in these times of fear, to your Ukrainian and Russian communities, is particularly courageous and impressive,” the president wrote. 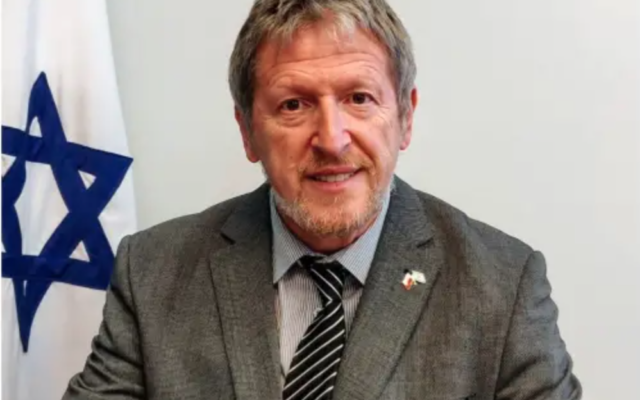 Natan Sharansky, who was imprisoned in a labor camp in the Soviet Union before being allowed to move to Israel in 1986, also sent a message stressing the importance of the work of rabbis in Russia.

The Ashkenazi and Sephardic Chief Rabbis of Israel, David Lau and Yitzhak Yosef, also expressed their wishes and support.

“We hereby encourage you and inform you of the Torah ruling that every rabbi has a sacred obligation to stay with his flock, and he is forbidden to leave his congregation, God forbid,” Yosef wrote. .

The Russian government’s recent moves against the Jewish Agency have evoked memories of the Soviet Union’s own crackdown on the organization and Jewish communal life during the Cold War.

Prime Minister Yair Lapid warned that Moscow’s closure of the Jewish Agency would be “a serious event” with “consequences” for Russian-Israeli relations, but then appeared to tone down his rhetoric in favor of quiet diplomacy.

Last month, a Moscow court postponed its decision on the Justice Ministry’s request to close the agency’s offices, in a move Israel hopes will give it more time to reach an agreement with Moscow and prevent the closure of the organization in Russia.