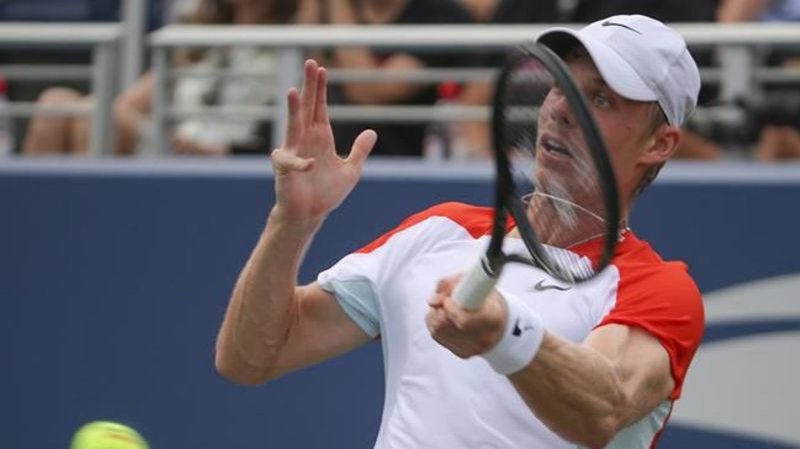 After falling 3-0 behind, Shapovalov came back to make it 3-3. Rublev took a 5-3 lead and the Canadian came back again to make it 5-4.

Rublev took an 8-4 lead and Shapovalov fought back to make it 8-6.

Rublev and Shapovalov stayed on serve for the first nine games of the opening set before Rublev converted his first break attempt to secure the 6-4 victory. Shapovalov struggled with his first serve (39%) and failed to convert either of his two break points.

But the Canadian returned the favor in the second set, registering a pair of break points en route to a 5-1 advantage. After Rublev held serve, Shapovalov then did it for a 6-2 win to tie the game.

The Canadian improved his first serve to 51% entering the third set while registering seven aces to Rublev’s only one.

The two went back to holding serve for the first six games of the third set to force the tiebreaker. But the Canadian had the upper hand, winning 7-3 for a 2-1 advantage.

But Rublev forced a deciding fifth set by winning the fourth 6-4. And while Shapovalov had fired 18 aces by then – Rublev had five – the Canadian was only 52% on his first serve (Rublev was 60%) and both players had recorded three breaks, although that Shapovalov had double the opportunities (14 to 7).

BASE LINES: Earlier in the day, Leylah Fernandez of Laval, Que., and partner Daria Saville of Russia lost their women’s doubles second-round match 7-6(5), 3-6, 6-7 (10 ) facing Bernarda Pera from Croatia and Dalma Galfia from Hungary.

This report from The Canadian Press was first published on September 3, 2022.