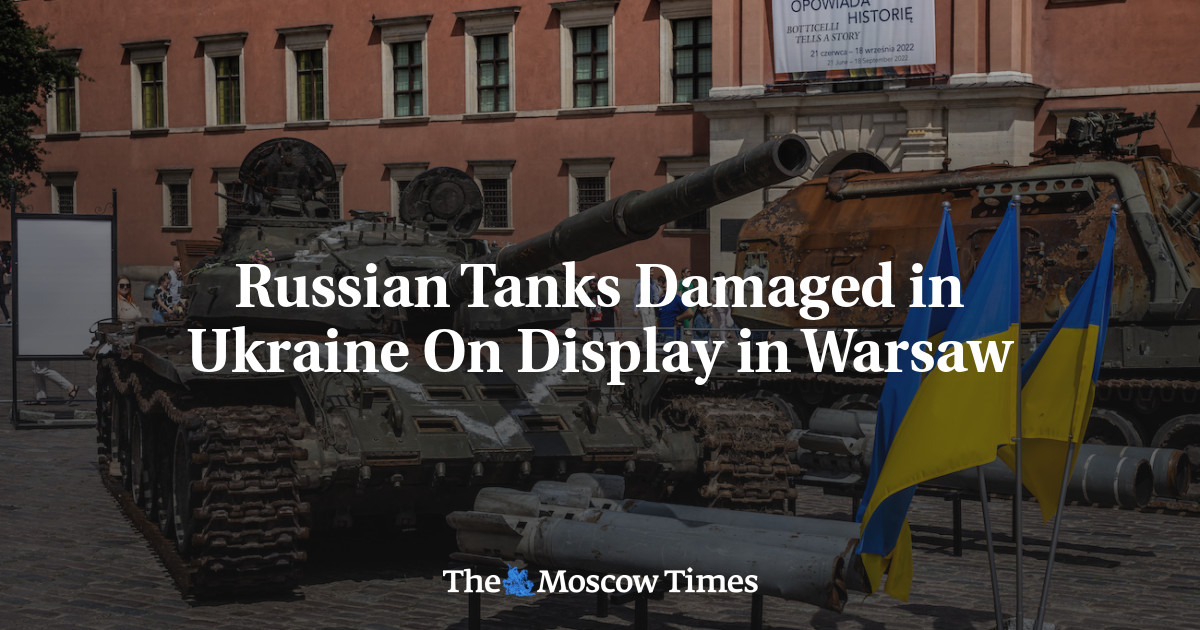 The T-72 tank and the 2S-19 self-propelled howitzer could almost be mistaken for museum pieces if it weren’t for the mud and grass still stuck to their tracks.

Both vehicles were hit and then captured by the Ukrainian army near Kyiv and the northern city of Kharkiv after Russia invaded at the end of February.

Now they have been presented in the Polish capital as spoils of war, as part of a joint initiative by the Polish and Ukrainian governments called “For your freedom and ours”.

The message of the exhibition is that Ukrainians are not only defending freedom and democracy in their own country but for Europe as a whole.

On a busy summer day in the historic square, pedestrians posed for photos in front of the armored vehicles but others looked overwhelmed.

“It’s hard to see here. But it shows the support Poland has shown [Ukraine]“, she told AFP.

The pensioner of Warsaw Krzysztof scrutinizes the tanks, arms crossed.

“They were definitely less modern than these. But otherwise, nothing has changed as far as the mentality of the Russian regime is concerned.”

Eight-year-old Sasha fled Kyiv with her mother Katarina in early March and crossed the Polish border, among nearly 4.5 million Ukrainians to have done so since the invasion.

“These tanks here show that the war is real,” Sasha told AFP.

His mother sighed and said, “He knows a lot about the war. He dreams of returning to Kyiv and becoming a soldier one day.

The tanks will remain on display in Warsaw for the next few months before heading to the southern city of Krakow.

The Ukrainian Ministry of Defense plans to then exhibit them elsewhere in Europe, notably in Madrid and Lisbon.