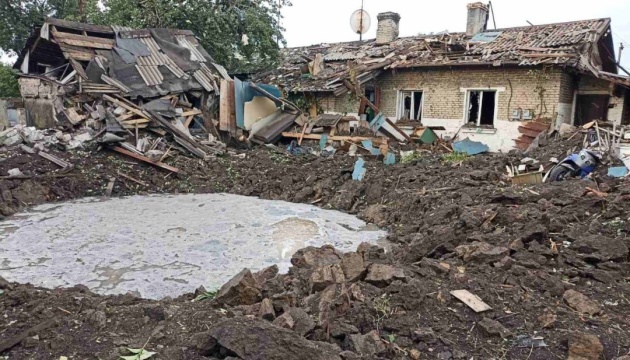 The relevant statement was made by the head of the Donetsk regional military administration, Pavlo Kyrylenko, the Telegramreports a correspondent of Ukrinform.

“In Vuhledar, Volnovakha district, two civilians were killed in shelling. Moreover, it was noisy in the community villages of Komar, Vilne Pole and Burlatske, – the effects have yet to be verified,” Kyrylenko wrote.

In the Pokrovsk district, five communities came under enemy fire. In the village of Kostiantynivka, a civilian was injured. In Kurakhivka, a power transmission line was damaged.

In the morning, the Russian invaders again opened fire on Avdiivka. The Rodynske of the Pokrovsk community was also affected: two civilians were injured and three houses damaged.

According to Kyrylenko, the Russians crashed into a road near a hotel in Kramatorsk, injuring one civilian. In Mykolaivka, Russian projectiles again hit a center of administrative services. The administrative building of the Sloviansk Thermal Power Plant also came under enemy fire.

In Bakhmut district, Russian projectiles hit communities such as Siversk, Soledar and Toretsk. In Shcherbynivka, three individual houses were damaged.

Recall that on September 17, 2022, five civilians were killed in the Russian bombardment of the Donetsk region.