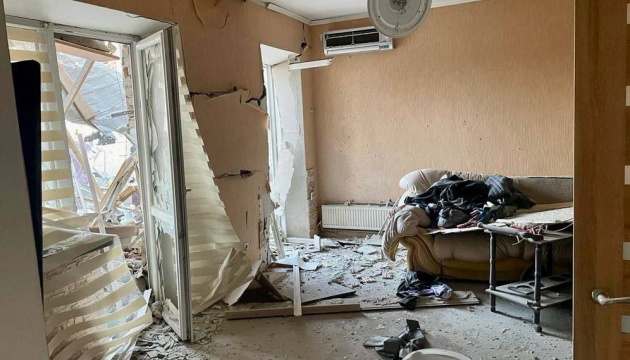 Russian troops shelled the Nikopol and Kryvyi Rih districts of the Dnipropetrovsk region, using MLRS and cannon artillery, throughout the night of August 21.

“We were shelled all night… Two districts – Nikopol and Kryvyi Rih – again suffered from enemy attacks,” he wrote.

According to Reznichenko, the enemy struck the Nikopol district five times. The Russians fired 25 cannon artillery shells at Nikopol. The bombardment caused a huge fire in one of the enterprises, destroying equipment there. In the city, a school was damaged, a house was destroyed and about 20 other buildings were also damaged. Gas pipelines and power lines are broken. More than 3,000 citizens of Nikopol remain without electricity. Rescue teams are working on the site. No civilian casualties were reported.

The Marhanets community came under enemy fire three times. The Russians used cannon artillery and the Grad MLRS. No civilian casualties were reported.

In Marhanets, a high voltage line was damaged, leaving more than 2,200 homes without power. Restoration work is in progress.

In the community of Myrove, the enemy fired 10 times with cannon artillery. Five houses were destroyed.

In the Kryvyi Rih district, the Russians shelled the communities of Apostolove and Zelenodolsk with Uragan MLRS. There were no civilian casualties. No damage was done, the regional governor said.