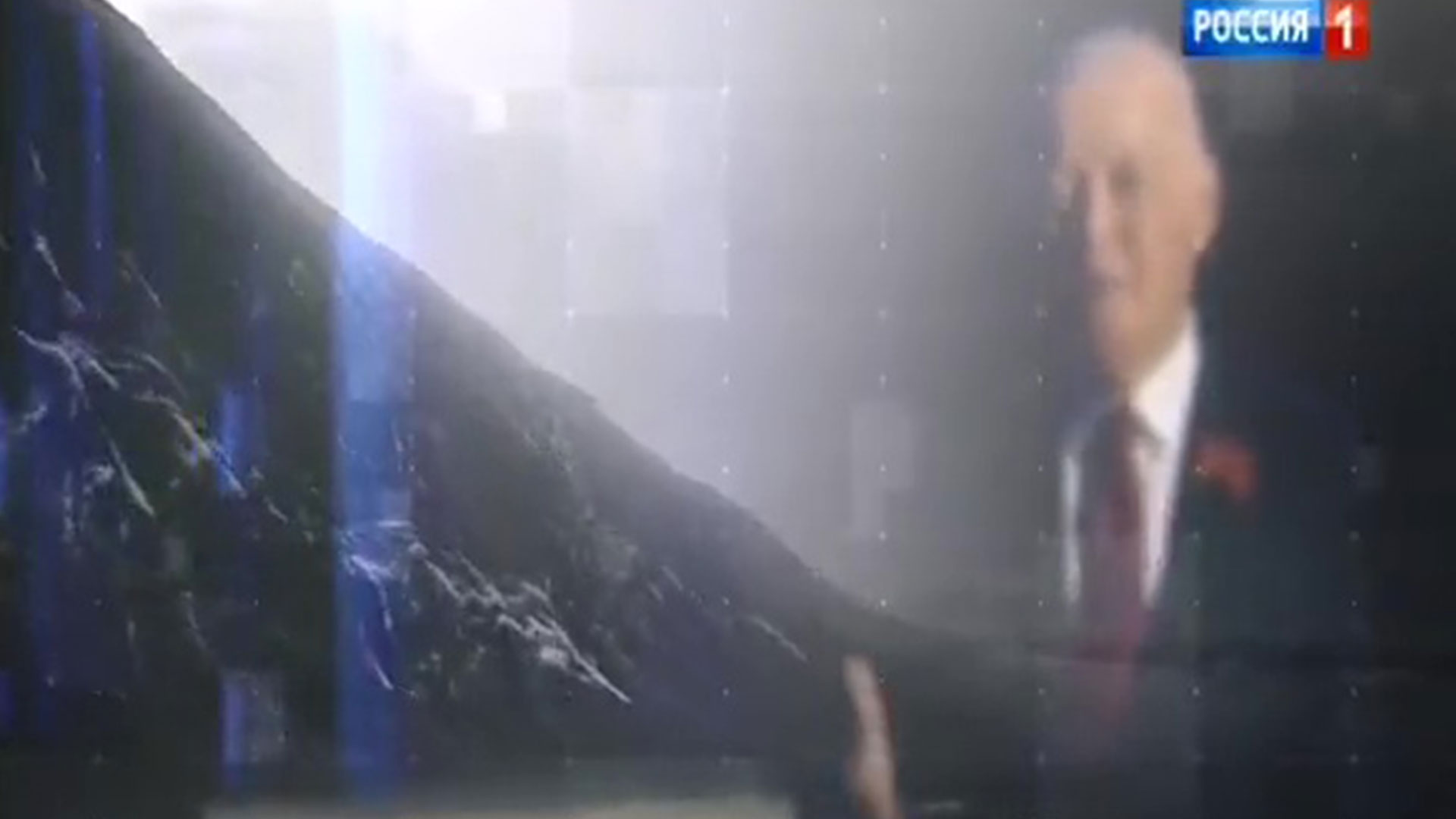 Russian state television has threatened to drown the UK in a radioactive tsunami in a bizarre new propaganda video.

In the chilling show, the presenter also showed how the Kremlin’s latest Satan 2 nuclear missile could also wipe out Britain.

The warning comes as the Kremlin raised the prospect of devastating military strikes on Britain over its arms deal with Ukraine.

Pro-Putin TV pundits have previously threatened to use the world-ending RS-28 Sarmat missile, gleefully flaunting its ability to wipe England off the map.

And now, hinting at new plans for all-out war, cheeky host Dmitry Kiselyov has announced Russia’s second option to ‘plunge Britain into the depths of the sea’ with its ‘Poseidon underwater robotic drone’. .

In a chilling graphic, he warned the missile would kick up a giant tsunami wave up to 1,640 feet high. 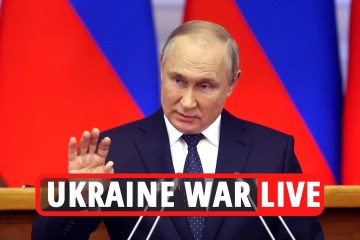 He later predicted that the rising water – reaching almost halfway up Scafell Pike in the English Lake District – would contain “high doses of radiation” turning what remains of Britain into a “radioactive wasteland”.

His dual threat was based on the “baseless” premise perpetrated by Russian media and state officials last week that Boris Johnson had threatened to carry out a nuclear strike on Russia without consulting NATO.

Downing Street last week dismissed it as “another example of disinformation peddled by the Kremlin”, but it continues to be trumpeted in Moscow.

The invective from Russian state television seems to be getting more extreme as Putin’s war in Ukraine mires with mounting losses of troops and armaments.

In a verbal attack, Kiselyov said Britain – which has angered Moscow with its regular arms deliveries to kyiv – was no match for Russia.

He asked: ‘And what will happen after Boris Johnson’s words about a ‘retaliatory strike on Russia’?

Accusing Britain of “raving”, he said: “Why are they threatening vast Russia with nuclear weapons when they are just a small island?

“The Russian Sarmat missile [aka Satan-2]the most powerful in the world… is capable of… destroying an area the size of Texas or England.

“One launch, Boris, and there’s no more England.”

Putin himself last week gloomily warned against the use of nuclear weapons against the UK and its European allies as devastating nuclear maps were shown on Russian television.

He gleefully warned that Berlin could be destroyed in 106 seconds, Paris in 200 seconds and London in 202 seconds.

The Sarmat hypersonic 208-ton “Satan-2” intercontinental ballistic missile has a speed of 15,880 mph and is declared by the head of the Kremlin to be “unstoppable”.

Russia successfully launched the missile earlier this month, with Putin warning the test was “food for thought for those trying to threaten Russia”.

It covered almost the entire length of Russia – nearly 3,600 miles – in about 15 minutes and landed at Kura Missile Test Range on the Kamchatka Peninsula.

The bombs are 1,000 times more powerful than those dropped by the United States on Hiroshima and Nagasaki in Japan during World War II.

It comes as Russia’s foreign minister has warned that a nuclear global war is now a “real” danger, as British and NATO weapons are already “legitimate” targets in Ukraine.

Sergei Lavrov has said the risk of a Third World War is now “considerable” – saying the West is essentially waging a proxy war against Moscow via its support for kyiv.

Lavrov accused NATO forces of “pouring oil on the fire” by “pumping weapons into Ukraine”.

In an interview with Russian news agencies, he said: “This is our key position on which we base everything.

“The risks now are considerable.

“I would not want to artificially increase these risks. Many would like that. The danger is serious, real, and we must not underestimate it.”

Lavrov accused the West of deliberately trying to “wear down the Russian military” and exhausting its ability to wage war – which the minister optimistically said was an “illusion “.

But he asserted that Russia wanted at all costs to prevent a nuclear war.

It comes as it has been revealed Putin may have to hand over power to his shadowy spy chief amid rumors of poor health.

It has been reported that the 69-year-old Russian leader could go under the knife with power handed over to extremist Nikolai Patrushev, 70, who is a key architect of war strategy and the man who convinced Putin that kyiv was flooded with neo-Nazis.