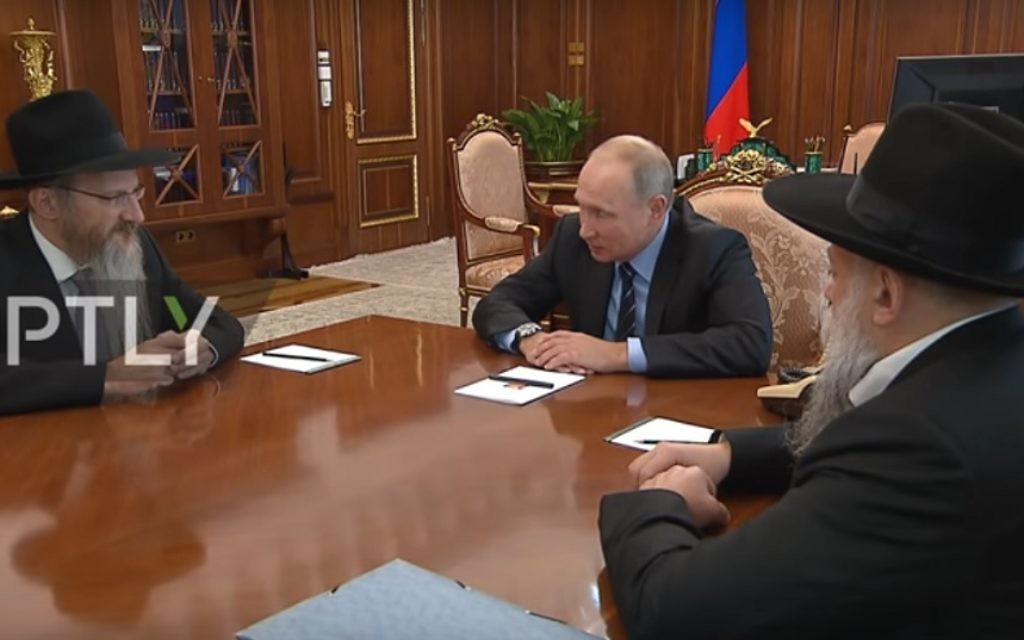 A chief rabbi in Russia has accused a senior defense official of anti-Semitic hate speech in connection with the war in Ukraine, while a spokesman for the rabbi has warned of the beginning of “a new era in the Russian relations with the Jews”.

Berel Lazar, one of Russia’s two chief rabbis, on Wednesday brought the accusation of anti-Semitism against Aleksey Pavlov, the secretary of Russia’s Security Council, a government committee of experts. In a column in the weekly Argumenty i Fakty, Pavlov spoke of the need for “de-Satanization” in Ukraine, which Pavlov said had hundreds of neo-pagan cults. He included “the Chabad-Lubavitch sect”, as Pavlov called it, on a list of various religious groups that he says prove his point.

Rabbi Boruch Gorin, Lazar’s longest-serving spokesman, wrote on Facebook on Wednesday that Pavlov’s words went further than Stalinist propaganda in the 1930s and that he feared the remark would “go down in history as the beginning of a new era in relations with Russia”. with the Jews.

Lazar’s office responded to the column with an open letter to unspecified “authorities” in Russia, calling Pavlov’s column a “piece of vulgar anti-Semitism.” In it, Lazar, whose group has been walking a political tightrope since Russia invaded Ukraine in February, said Russian Jews “demand an immediate and unambiguous response from society and the authorities in state” to Pavlov’s statements, which Lazar also called “dangerous”.