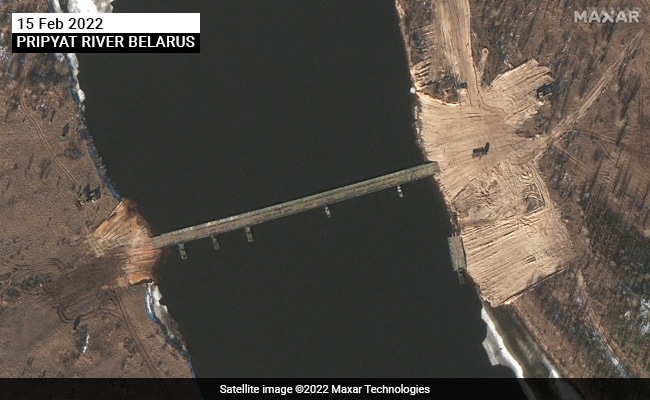 A new military bridge has been installed near the border between Belarus and Ukraine. (high resolution: here)

New satellite images continue to show increased military activity in Belarus, Crimea and western Russia, dismissing claims by Moscow that it was withdrawing troops from the Ukrainian border. The United States said Russia had bolstered its presence on the border with Ukraine by “up to 7,000 troops”, some of whom arrived on Wednesday.

Maxar’s high-resolution satellite images filmed over the past 48 hours show a new military pontoon bridge less than six kilometers from the Belarus-Ukraine border, and the deployment of troops and armored equipment in Crimea and in western Russia. Self-propelled artillery units were also captured training in Belarus in satellite images shared by the US private company. Before and after images of the construction of the new military pontoon bridge over the Pripyat River near the border between Belarus and Ukraine. Click here for the high resolution image.

The images also show the deployment of ground attack helicopters at forward locations in Belarus. A new large field hospital was also visible in the latest satellite images shared by Maxar.

New satellite images captured by a private US company showed a “significant” troop and ground forces units that had recently been deployed to an airfield in Belarus departing from their posts. 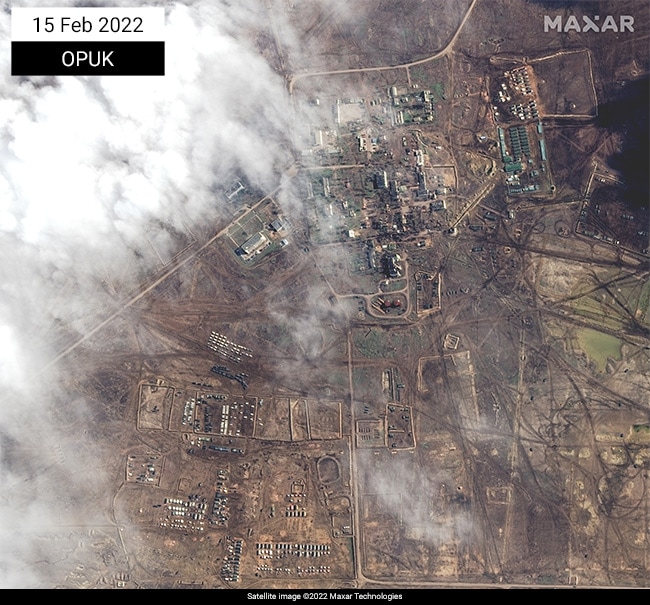 Troops and equipment remain deployed in the Opuk training area along the Black Sea coast (Crimea). Click here for the high resolution image.

The areas where Russia has increased its forces are mainly located in northern and northeastern Ukraine. It also includes a large airbase in southeast Ukraine and Crimea, which was annexed by Russia in 2014.

While there are signs that Russia might be interested in a diplomatic resolution to the crisis in Ukraine, there are only a handful of signs that it has started pulling its forces out of the region. 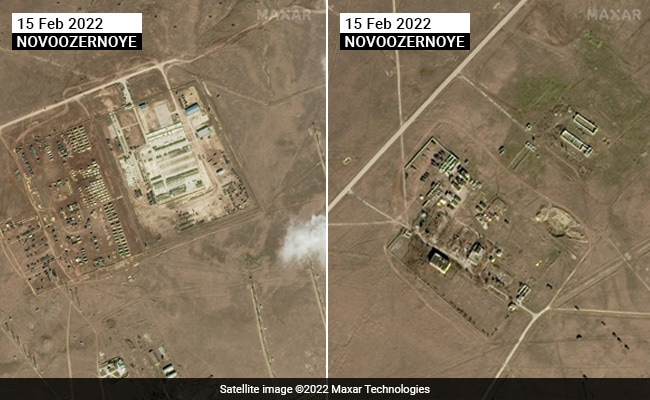 Troops and equipment remain deployed along Lake Donuzlav and in the Novoozernoye region (Crimea). Click here for the high resolution image.

Russia’s huge buildup of troops, missiles and warships around Ukraine has been touted as Europe’s worst security risk since the Cold War. 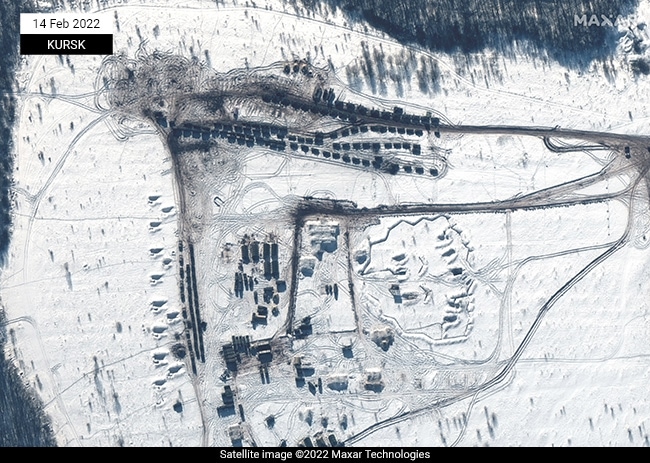 NATO rejected suggestions that the threat on the Ukrainian border had diminished.

“Moscow has made it clear that it is ready to challenge the fundamental principles that have underpinned our security for decades and to do so using force,” NATO chief Jens Stoltenberg said.

Russian President Vladimir Putin has demanded that Ukraine be banned from pursuing its ambition to join NATO and wants to redraw the security map of Eastern Europe, rolling back Western influence. 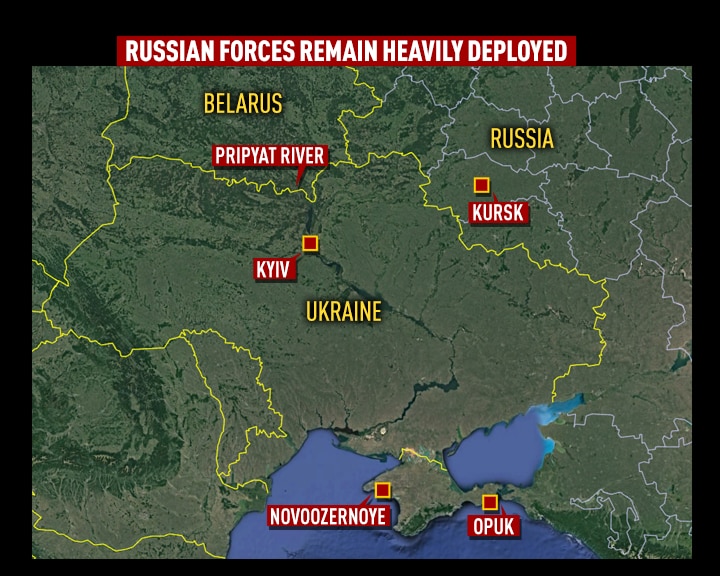 Russia’s huge buildup around Ukraine has been touted as Europe’s worst security risk since the Cold War.

But, backed by a threat of crippling economic sanctions from the US and EU, Western leaders are pushing for a negotiated settlement, and Moscow has signaled it will begin to withdraw its forces.

In the latest such move, Russia’s Defense Ministry said Wednesday that military exercises in Crimea – a Ukrainian region annexed by Moscow in 2014 – were over and troops were returning to their garrisons.