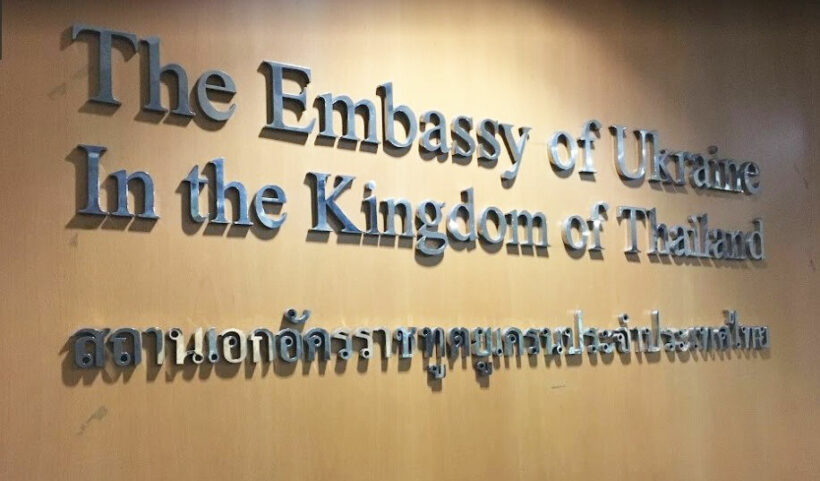 Bangkok police say they have tightened security in areas surrounding the Ukrainian and Russian embassies as tensions between the two countries rise. The conflict erupted when Russia threatened to avenge any attempt by Ukraine to join the North Atlantic Treaty Organization. The ongoing tension, with Russia gathering troops on the Ukrainian border, worries world leaders.

Kritsana Patanacharoen of the Royal Thai Police said security at embassies and surrounding areas had been tightened due to the situation. According to a report by Nation Thailand, police are continuing to monitor developments but have no concerns about Thailand’s safety at this time. However, Kritsana says they remain on alert for any potential security incidents.

“The Royal Thai Police cannot be complacent. Uniformed and plainclothes police have been deployed to provide security for the 2 embassies and the residences of their staff. Although the disputes have nothing to do with Thailand, the Special Police, Tourist Police Bureau, Central Investigation Bureau, and Cybercrime Investigation Bureau have been on alert to prevent any untoward incidents.

Kritsana adds that any member of the public with information related to disputes between Ukrainian and Russian nationals living in Thailand should alert the authorities.

Jirasan Kaewsaeng-ek of the Metropolitan Police Bureau said officers from the special branch, patrol officers and other security agencies were monitoring the two embassies, adding that neither facility had yet requested the help from the Thai police. Jirasan says Thai authorities will also monitor Russian and Ukrainian nationals in the kingdom, in a bid to prevent any security incidents.

Meanwhile, Ukraine’s leader, President Volodymyr Zelensky, today called a day of unity in Ukraine, while in Russia the Kremlin mocked what it calls Western propaganda. Foreign Ministry spokeswoman Maria Zakharovaleader said Russian troops were withdrawing from the Ukrainian border after completing military exercises. However, NATO says it has yet to see signs of a significant de-escalation or reduction of Russian troops on the border.