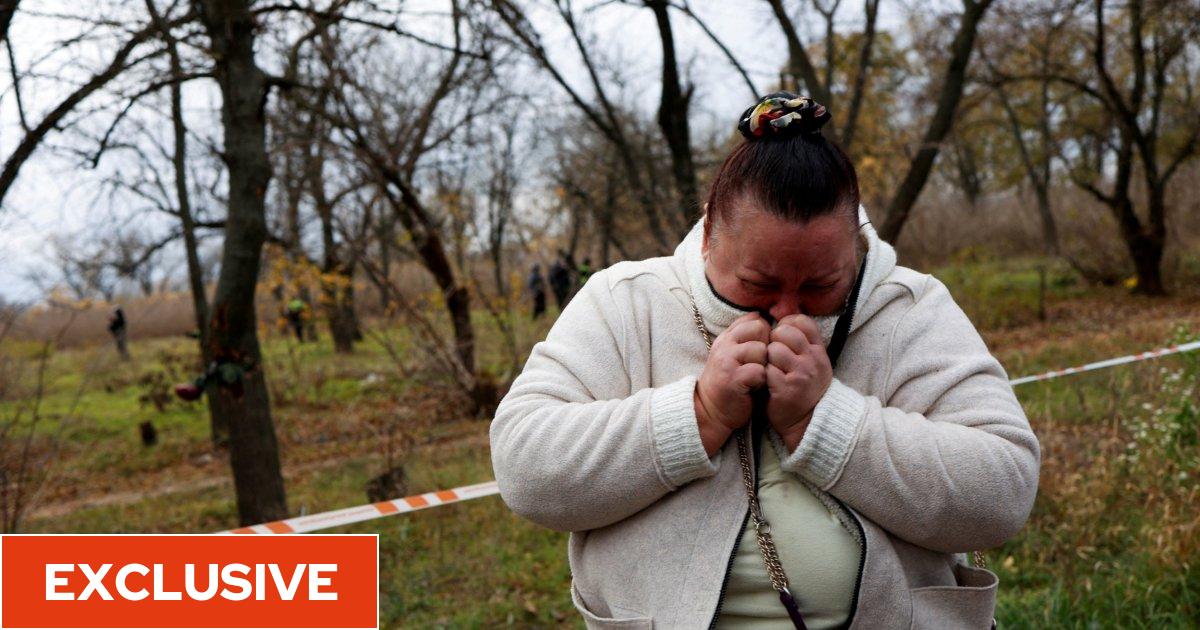 Abductions and torture by Russian forces in Kherson focused on civil servants and human rights activists, according to a United Nations body investigating abuses in the southern Ukrainian city.

The United Nations Human Rights Office (OCHR) said I that most of the kidnapping and arbitrary detention cases he is investigating in the newly liberated city and surrounding areas have involved officials and civil society activists, amid separate evidence suggesting dozens of killings during the Russian occupation .

OCHR said it had so far documented nearly 90 new cases of abuse in Kherson, but believes the true number is “much higher”. Denys MonastyrskyUkrainian Interior Minister said on Wednesday that Ukrainian investigators had found 63 bodies bearing signs of torture suspected of being inflicted by Russian forces.

Ukrainian teams are already working on 436 cases of alleged war crimes amid fears that the level of atrocities in the region could be the worst to date in the nearly nine months since the Russian invasion. Mr Monastyrskyi said: “We have to understand that the search has only just begun, so many more dungeons and burial places will be uncovered.”

Kherson, which had a pre-war population of 280,000, was captured in the early days of Vladimir Putin’s February 24 invasion. Along with other occupied Ukrainian territories, it was the subject of an intense campaign of “Russification”imposing measures such as the ruble and a Russian school curriculum on the population, often with threats of sanctions against those who refused to comply.

Many people detained and then beaten or tortured by Russian occupation forces were reportedly taken to a former youth detention center in northern Kherson, where Ukrainian investigators believe hundreds of individuals were held at a time. Locals described hearing screams as prisoners were tortured and seeing bodies being carried out of the building.

OCHR said its Ukraine Monitoring Mission (HRMMU) was collecting evidence on 89 cases of ‘enforced disappearance and arbitrary detention’ in the Kherson region, with half of the victims described as public officials or community activists .

He said he also documented eight cases of former Ukrainian military or law enforcement personnel abducted by Russian authorities, as well as civilians who had expressed pro-Ukrainian views or supported Kyiv’s government and armed forces.

The organization said it was investigating a Russian policy of sending victims to imprisonment and trial in annexed Crimea. Describing the scale of Russian abuses, said: “We believe the actual numbers are much higher. HRMMU has also documented the practice of transferring victims from the Kherson region for detention and possible trials in Crimea.

The figures come amid new evidence from Ukrainian investigators of killings and torture by Russian forces during the occupation period. The Odessa region prosecutor’s office said it had opened 16 rounds of criminal cases for atrocities in and around Kherson, including the apparent murders of a married couple in the village of Arkhanhelske, north of Kherson, who were found wrapped in blankets with several skulls. fractures.

OCHR, which said this week that both sides were guilty of the mistreatment of prisoners of war during the Russian invasion, said it had already documented several cases of Ukrainian soldiers in Kherson being tortured to death by the Moscow forces as well as attacks on civilians.

The UN body said in one case, two Ukrainian territorial defense fighters in Kherson who had laid down their arms were arrested by Russian soldiers suspected of aiding Kyiv forces and brutally beaten before being left in a police station without medical assistance. The body of one of the men was found in the city’s Dnipro in late May while the other man died of his injuries after being brought to Sevastopol in Crimea.

In another atrocity, a member of a village council in the Kherson region was tortured by Russian forces demanding information to identify current and former members of the Ukrainian armed forces and their families living in his community.

The torture included the man having his hands tied and a noose around his neck while his captors kicked his legs and genitals, causing him to reflexively bend over and choke. OCHR said the Russians had commented: “If you do [hang] yourself, you know, it won’t be our fault.