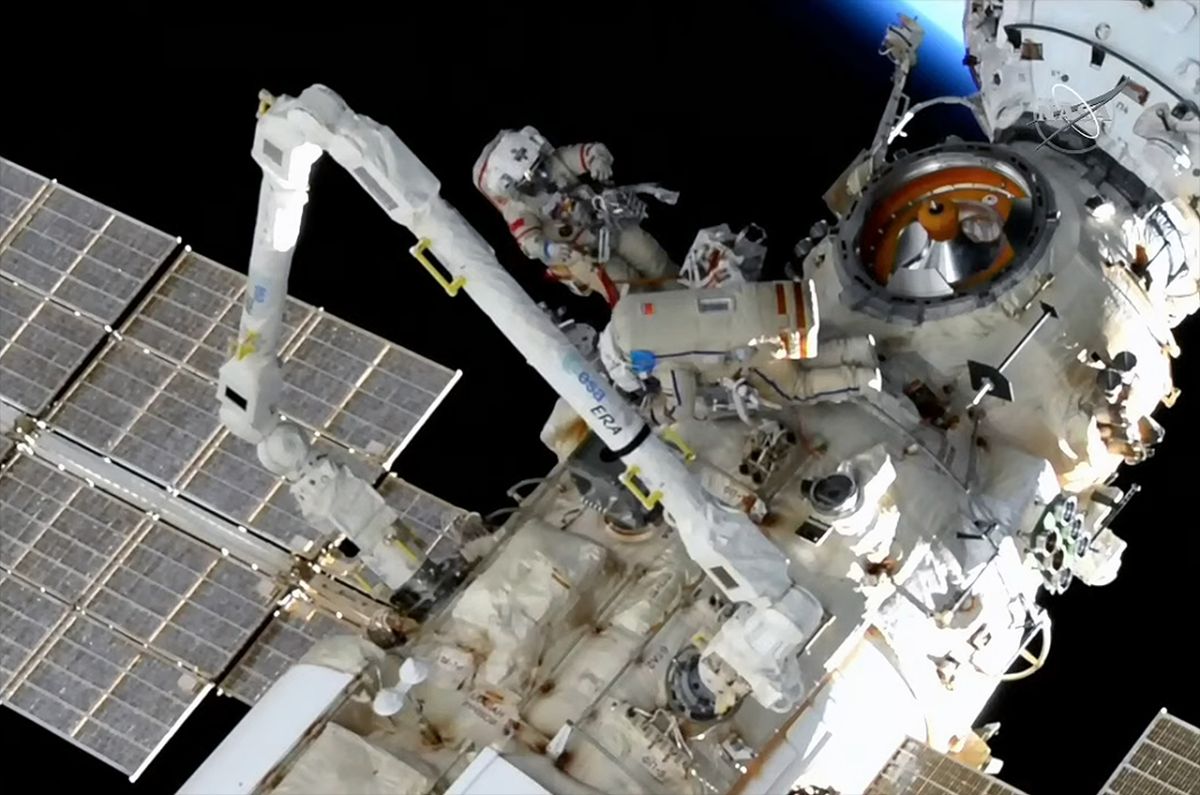 A Russian spacewalk outside the International Space Station was halted on Wednesday (August 17) after a cosmonaut experienced an electrical problem with his spacesuit.

Moscow Mission Control ordered Expedition 67 commander Oleg Artemyev to return to the airlock after reporting a voltage fluctuation in the battery of his Orlan spacesuit.

“Drop everything and leave right away!” Vladimir Solovyov, a former cosmonaut and flight director of the Russian segment of the space station, communicated by radio with Artemyev during the spacewalk. “Oleg, come back and connect to the station power supply.”

After: Live updates from the International Space Station
In images, in pictures: The most memorable spacewalks in history

Although Artemyev was not in immediate danger, if his spacesuit’s power had been completely cut off, he would also have lost the ability to communicate with his spacewalking companion, Denis Matveev, and space controllers. ground flight until it can reconnect. the power supply of the International Space Station.

“I copy and I understand,” Artemyev said, as he began his way to the airlock on the space-facing side of the Poisk mini-research module, where he and Matveev began their spacewalk at 9:53 a.m. EDT (1:53 p.m. GMT).

“I think we need solar panels on Orleans to be able to recharge during the [extravehicular activity]”, Artemyev said after re-entering the airlock nearly two and a half hours after the planned 6.5-hour spacewalk.

Artemyev and Matveev, both from Russia’s federal space company Roscosmos, had been sent off-station to continue manning a European robotic arm that was launched to the orbital complex in July 2021.

Before their outing was cut short, Artemyev and Matveev had successfully fitted two cameras to the elbows of the European Robotic Arm (ERA) and removed thermal insulation and a launch restraint from one of the two end effectors or “hands”. at opposite ends of the European robotic arm. arms.

The two cosmonauts had also been tasked with moving an external control panel of the arm from one operating area to another and testing an arm stiffening mechanism that will be used to facilitate the gripping of payloads. These goals will now be carried over to a future spacewalk.

Once fully configured, the European robotic arm will be used to move payloads and equipment outside the Russian segment of the space station. The ERA, provided by the European Space Agency, joins the Canadian robotic arm Canadarm2 and the Japanese arm Kibo which already support maintenance, operations and research outside the orbital complex.

After waiting for the robotic arm to be maneuvered into its folded configuration, Matveev joined Artemyev inside the airlock, marking the end of their excursion. The spacewalk ended at 1:54 p.m. EDT (1754 GMT), 4 hours and 1 minute after it began.

It was the seventh spacewalk of the year and the 252nd supporting the assembly, upgrade and maintenance of the International Space Station since 1998. It was the seventh EVA for Artemyev, which has now logged 45 hours and 45 minutes of work in the vacuum of space, and the third for Matveev, who spent 18 hours and 20 minutes on spacewalks.