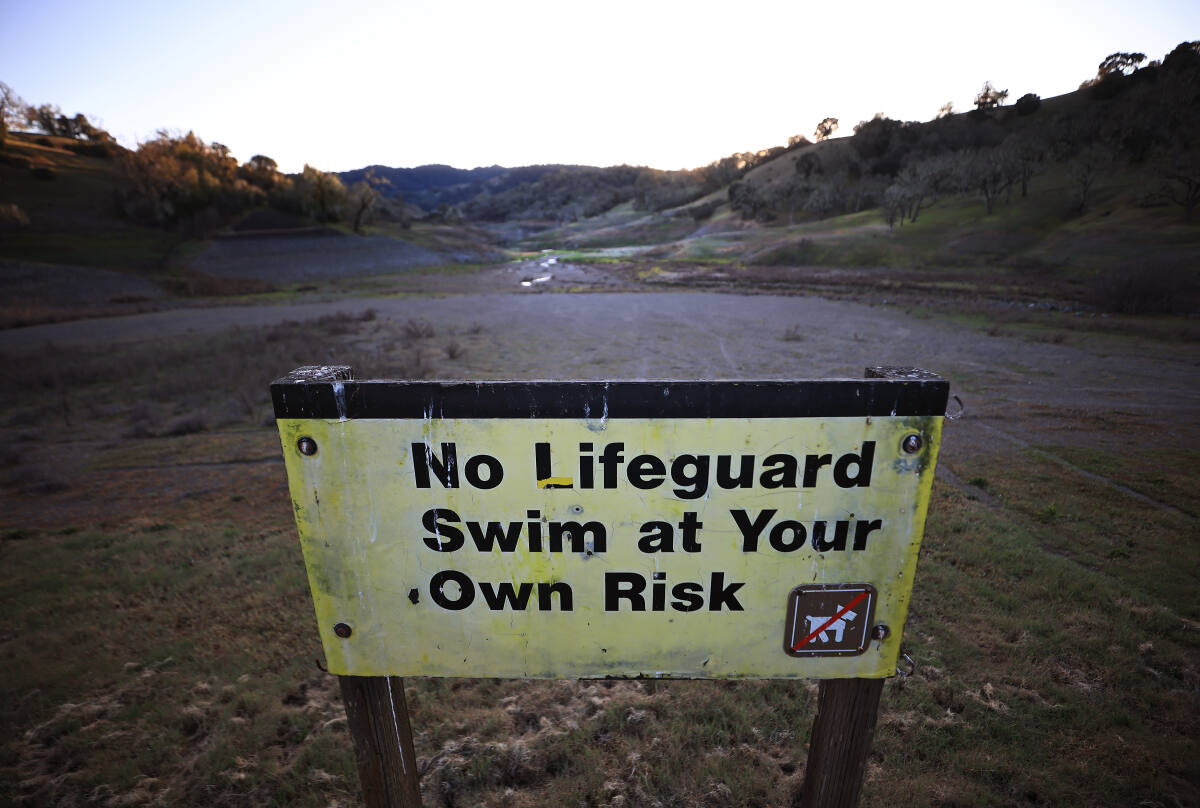 State water regulators are preparing for another summer of reduced supply in the Russian River watershed and could adopt a framework for water diversion reductions as early as May 10.

But unlike last year, stakeholders were working on an alternative that would allow major water rights holders to share access with junior claimants, and they say the proposal appears to have potential for success.

The state still needs to approve the plan, and enough participants with superior water rights would need to join for the program to work, proponents said.

But the result could reduce the economic impact on agricultural and other users who would have little or no access to water if cutbacks were ordered.

John Nagle, chairman of the Sonoma Resource Conservation District Board of Directors, said the proposal would mean greater resilience for the community as a whole.

Nagle’s comments came during a presentation of the proposal at a workshop hosted by the water board on Thursday.

Thursday’s discussion came as light rain fell in the region after what has generally been a record dry year that ushered in a third year of drought.

Under California’s more than 100-year-old water rights system, landowners whose property touches a water source have rights to that water.

Others may have “appropriation” rights that allow them to divert water if there is enough. Those with the oldest or oldest claims get the first dibs.

Last year, conditions were so dry that the state in August imposed restraining orders on all of the roughly 1,600 water rights holders in the upper reaches of the Russian river. It was extended to another 300 users in the lower reaches of the river later in the month, although restrictions were lifted in October when an atmospheric river brought significant rainfall.

While those who were reduced included ranchers and grape growers, farms and industrial users, they also included entire towns like Cloverdale and Healdsburg.

This year, early warning letters were sent on March 21 to around 2,400 water rights holders, alerting them to likely reductions and urging them to reduce their water use. They were also asked to plan ahead by irrigating less area and using innovative irrigation techniques, managing herd sizes and diversifying their water portfolio.

Lake Mendocino and Lake Sonoma, which release water into the Russian River to maintain flood control capacity and ensure sufficient flows for diversions and federally protected fish, are more than 40% lower at target storage levels for that time of year.

Although Lake Mendocino holds slightly more water than it did at this time, the Eel River flows that helped supply the reservoir for a century have been called into question by the uncertainty surrounding the future of PG&E’s Potter Valley project, through which these diversions course.

PG&E’s license to operate the century-old hydroelectric facility expired on Thursday. A coalition of regional interests, including Sonoma Water and the Mendocino County Inland Water and Power Commission, had hoped for several years to acquire it, in part to ensure continued Eel River flows, but announced earlier this year that she couldn’t keep to the schedule.

Wildlife advocates and agencies are now calling on the commission to demand federal safeguards now that PG&E’s license no longer protects it from liability for unlawful harm to fish, which could reduce summer throughput from the Eel River in the Russian River watershed.

Sam Boland-Brien, project manager for the water rights division of the National Water Board, told those who attended Thursday’s workshop in person and on Zoom that the future of diversions of the Eel River was not clear.

But projections for the Russian River nonetheless suggest that there may be little or no water beyond what is released from reservoirs to maintain minimum requirements for protected fish. This water would be prohibited from diversion except in sufficient quantities to meet basic human health and safety needs, generally capped at 55 gallons per capita per day.

The new draft rules would also allow special reductions in the Green Valley, Mark West, Dutch Bill and Mill Creek watersheds at times when voluntary water releases are made under state or federal arrangements with landowners. land to provide enough water for fish at risk in particularly low water. .

But the likes of Jones, Nagle and water rights lawyer Philip Williams, who works with the town of Ukiah, said they hoped to work out a system where water rights holders could choose to participate in a system that would prevent anyone from being cut off from the river.

Instead, those with senior rights would use less than their share so those with junior rights could have some, and the total withdrawals would be the same.

A large group worked on the plan with staff from the national water board, several tribes, water districts and agricultural groups.

It was an attempted effort last year, with less time to get there and conditions so dry there weren’t enough claims for the seniors anyway, Boland-Brien said.

“We hope that this year the numbers will be better so that there is water available for sharing,” he said.

You can reach editor Mary Callahan at 707-521-5249 or [email protected] On Twitter @MaryCallahanB.