What better place to witness royal history than at the biggest history festival in the world?

Although there have been occasional royal visits over the years to some of Britain’s major summer festivals, royalty has never been part of the lineup – until now.

On Monday, the Duchess of Cornwall will not only open the Daily Mail’s Chalke Valley History Festival 2022, she will kick off the first event – a discussion titled ‘Rediscovering Women in History’ with best-selling historical novelist Philippa Gregory and the historian Alison Seuil.

At the end, the Duchess will go into interviewer mode, answering questions submitted through her online book club, the Duchess of Cornwall’s Reading Room. In due course, the event, sponsored by the Rothermere Foundation, will go live on the Reading Room website, which is now a kind of virtual literary festival in its own right.

On Monday, the Duchess of Cornwall will open the Daily Mail Chalke Valley History Festival 2022 and launch the first event

Originally conceived as a lockdown antidote in the early days of the Covid pandemic, the Reading Room has grown into a literary hub with a six-figure following on Instagram.

As well as regular discussions of a series of books – all selected by the Duchess – it includes interviews with authors, readings from actors, lists of children’s books and much more.

It solidifies the duchess’s increasingly high-profile role as the royal champion of all things literary. Her husband, Prince Charles (as well as her son-in-law, the Duke of Cambridge) is perhaps best known for his deep devotion to the environment.

However, to an ever-increasing extent, the Duchess supports any business that encourages anyone of any age to open a book.

Just this week, she launched the Commonwealth Poetry Podcast with Gyles and Aphra Brandreth and Dame Joanna Lumley (discussing some of HRH’s favorites including Rudyard Kipling’s A Smuggler’s Song).

In a few days, she will accompany the Prince of Wales to the Commonwealth summit in Rwanda where she will champion the work of one of his charities, Book Aid International, in delivering essential books to the developing world.

For many years she oversaw the world’s oldest children’s writing competition, the Queen’s Commonwealth Essay Competition. At the other end of the spectrum, she has been in prisons promoting wider access to books through her National Literacy Trust.

In other words, books and history are now at the heart of the future queen’s professional life. “She’s a real champion. She finds reading a great companion and she wants others to do the same,” says Gyles Brandreth.

“People sometimes ask how she was able to read so many books, but she’s one of the most read people I’ve met,” says Vicki Perrin, director of the Duchess’s reading room.

“You find stacks of books all around Clarence House. The place is brimming with them, from business thrillers to award winners to kid’s favourites.

“We would whittle it down to a shortlist of 50 and she would take notes on each of them,” she recalls. 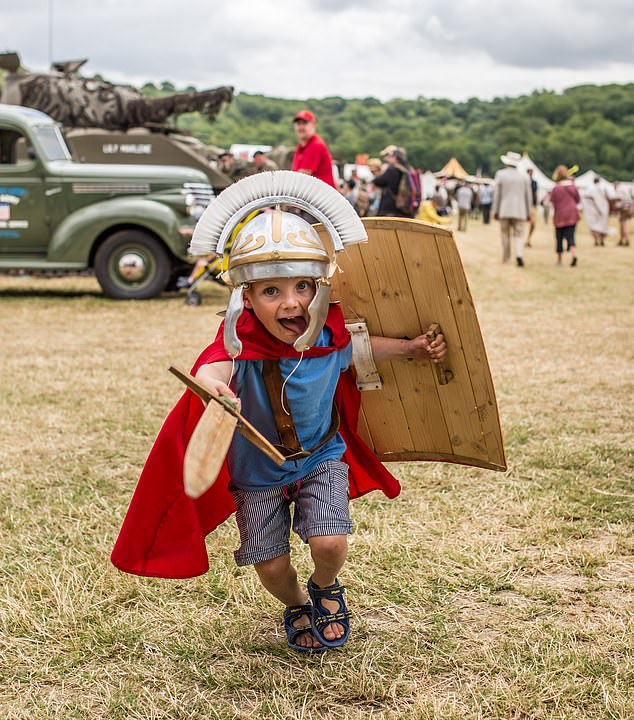 Charge! The festival brings history to life for all

There’s sure to be plenty to talk about throughout the week of the Chalke Valley History Festival, the biggest event of its kind in the world. Over seven days, the festival will draw tens of thousands of people to Thomas Hardy’s beautiful 70-acre site in the heart of country on the Wiltshire/Dorset border near Salisbury.

The program is aimed at everyone, from school children and families to students of the most pressing news.

Whether sword fighting and samurai are your thing, or you’re more interested in Russian espionage or Tudor romance or Churchill family home life, history is always more exciting than when you live it. .

Some of the most popular tickets are for events relating to the current East/West crisis. These include a lecture by Bill Browder, a tireless campaigner against the corruption of Putin’s regime in Russia (the infamous Moscow-sanctioned Salisbury poisonings are certainly not forgotten in these parts).

Likewise, Helena Merriman’s story of a desperate attempt to escape Soviet oppression by tunneling under the Berlin Wall is a betrayal.

There will also be first-hand accounts from the front line in Ukraine and also an analysis of the collapse of Anglo-Russian relations by former Foreign Secretary Lord Owen. Ahead of the 25th anniversary of Hong Kong’s handover, its last governor, Lord Patten, is looking both forward and backward.

It’s just a handful of over 600 events and attractions that date back to the Iron Age (with a reconstructed Iron Age house) via ancient Roman cooking classes and a ‘school of sword” for future knights in shining armor.

“This is our biggest and best yet. The rush for tickets is a testament to how excited people are to return to events like this,” said festival director Jane Pleydell-Bouverie.

In recent years, a hugely popular section of the Chalke Valley History Festival has been a trench on a particular period of British military history. This year, visitors can sign up to experience the conditions of a 1940 British Army trench in Cassel, Belgium, where Gloucesters and Ox & Bucks men dug to give the British Expeditionary Force a fighting chance to reach Dunkirk and a road home. 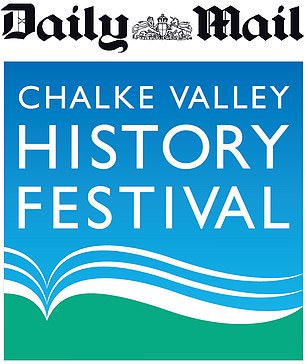 During the week, several sections of the festival are aimed directly at schools, including a day dedicated to the Second World War. It includes everything from live firing a 25-pounder to a fresh analysis of the German defeat in the East and the Allied D-Day campaign in Berlin, with veterans and experts like military historian James Holland.

Another familiar face is TV presenter Dan Jones, who will discuss “everything you need to know” about the Wars of the Roses.

However, it is certainly not all about war. The program is packed with events dedicated to social history, music, art and archeology, as well as generous helpings of nostalgia. Former Home Secretary Alan Johnson and BBC presenter Justin Webb will discuss their best-selling tales of growing up in the 1960s and 1970s.

Given that this year’s festival will begin with a royal visit, it seems fitting that there will be plenty of royal topics all week.

Along with several events dedicated to the love life of the Tudors, historian Andrew Roberts will discuss his multi-award-winning new biography, George III: The Life And Reign Of Britain’s Most Misunderstood Monarch. I must declare an interest as I am discussing my own biography of our current monarch, Queen Of Our Times.

Displacing us all, including even the Duchess of Cornwall, there will be a royal speaker who knows what it’s like to be a monarch in her own right. Simeon of Saxe-Coburg-Gotha, who will speak on the final Sunday, holds the unique distinction of having been both king and democratically elected prime minister of the same country.

As a child, he served as His Majesty Tsar Simeon II of the Bulgarians for three years before being overthrown by the Soviets in 1946. Half a century later, he eventually served as Prime Minister of Bulgaria from 2001 to 2005.

From HM to PM? This is history for you.

June 21, 2022
Putin was looking for the “Russian idea” and found fascism

June 16, 2022
The $21 million Russian Hill mansion just steps from the ‘twisted’ part of Lombard has its own winding ‘miniature Lombard’ driveway