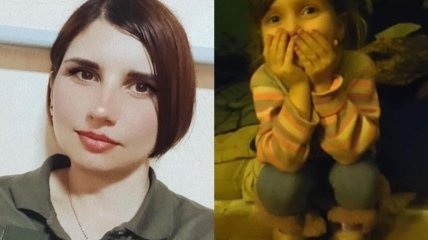 But it was not knowing the fate of her four-year-old daughter that tormented her the most.

“They brought us water from a lake, sometimes there were tiny fish,” recalls Obidina, who was returned to Ukraine earlier this month as part of a prisoner exchange with Russia. “In August, when the (lake) started to bloom, the water tasted like algae.”

In an interview with AFP on Monday, Obidina, 26, recounted her ordeal in the notorious Russian-controlled prison in the eastern Ukrainian town of Olenivka.

When Russia invaded its neighbor on February 24, Obidina, an army nurse in the southern port city of Mariupol, was sent to Azovstal, the city’s sprawling steelworks where hundreds of Ukrainian soldiers hid under land in a network of Soviet-era tunnels.

Alisa, Obidina’s four-year-old daughter, was staying in the family’s apartment with a nanny.

But as supplies ran out in the besieged city and Russian bombardment became incessant, Obidina made the difficult decision to take her daughter with her to Azovstal.

“I understood very well: if it is not us, who will take care of the wounded?”

In the underground bunker, the four-year-old girl helped her mother treat injured patients.

“She was such a good sportswoman, she was so mature! She knew very well that she couldn’t distract me,” Obidina recalls. “She helped me, she gave me medicine. I would tell her which ones and to whom and she would help me.

But there were also moments of desperation for Alisa.

“Of course, I told him no, we will live, everything will be fine. But the bombardment was massive. We were terrified.

It was during one of these moments that a soldier from Azovstal recorded a short video with Alisa, where the ponytailed girl, hiding in the dark bunker with a book in her hands, asks to go home .

The video went viral and helped build international pressure on Russia to evacuate those who remained in Azovstal after the city fell to Moscow. But it also proved fateful for Obidina.

In May, Obidina and her daughter left the factory with a group of Ukrainian civilians as part of a hard-won UN evacuation deal.

But Russian forces recognized the mother and daughter from the online video, and Obidina was arrested. Before being taken away, she managed to hand Alisa over to another evacuee.

“I was told that the child would be sent to an orphanage and I am taken prisoner.”

Obidina said investigators beat her to force her to divulge information about the Ukrainian military.

In Olenivka prison, she was held with about 20 inmates in a cell designed for six people.

All the while, Obidina had no news of her daughter and no idea what awaited her.

Earlier this month, Obidina was moved to the Russian city of Taganrog with other inmates in what she believed was another prison. The detainees had their hands tied, they were blindfolded and put on a plane.

Eventually, they were taken by bus to Ukrainian-controlled territory, and Obidina realized that a prisoner exchange was taking place.

She also learned that her daughter was safe.

With the help of distant relatives and volunteers, Alisa, who turned five earlier this month, was reunited with her grandmother in Poland.

Obidina says she lost 10 kilos (22 pounds) during her captivity and is currently undergoing psychological rehabilitation at a clinic in Dnipro. She plans to leave the army and devote herself to her daughter.

In Poland, Alisa attends a crèche and learns Polish. The mother and daughter were able to talk to each other over the phone.

“She’s grown so much,” Obidina said.

“She said she misses me a lot and is waiting to see me.”