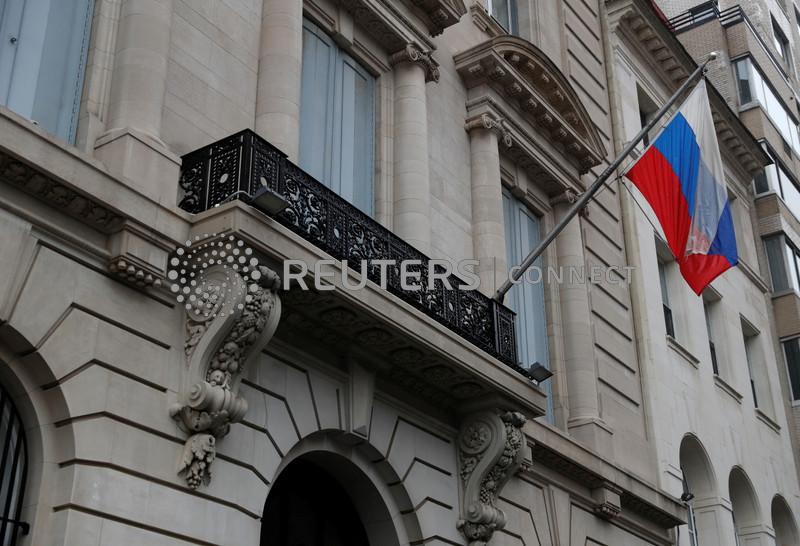 NEW YORK (Reuters) – U.S. prosecutors unveiled an indictment on Thursday charging a senior Russian politician and two staff members with conspiring to unlawfully advance Russian interests in the United States, including by contacting members of Congress.

Among the defendants are Aleksandr Babakov, 59, deputy speaker of the State Duma, the lower house of the Russian legislature, who is an ally of Russian President Vladimir Putin.

Manhattan prosecutors accused the defendants of exploiting as early as 2012 an “international network of foreign influence and disinformation” to advance Russia’s interests.

The indictment said the campaign was intended to weaken US partnerships with European allies, undermine Western sanctions and promote Russian actions “designed to destroy” Ukraine’s sovereignty.

Prosecutors cited a December 2016 email from Vorobev promoting the influence campaign, in which he allegedly said that “purely legal work in hostile regimes is not enough.”

Vorobev identified “the West” as the place to campaign regarding “problematic borders for the movement,” which he identified as the Baltic states, Poland, Moldova and Ukraine, prosecutors said.

“Russia’s illegitimate actions against Ukraine extend beyond the battlefield,” U.S. Attorney Damian Williams in Manhattan said in a statement.

“Political influencers under Russian control allegedly conspired to direct geopolitical change in Russia’s favor through surreptitious and illegal means in the United States and elsewhere in the West,” Williams added. “Such malicious foreign interference will be exposed and we will pursue justice against its perpetrators.”

The defendants were each charged with three counts of conspiracy: acting as foreign agents without formally notifying the US Department of Justice, violating US sanctions and lying in a fraudulent attempt to obtain US visas.

None could immediately be reached for comment. Prosecutors said the defendants are based in Russia and in general. They could each face up to 30 years in prison if convicted.

The charges are the latest in a series of US actions targeting Russian individuals and interests since Russia’s February 24 invasion of Ukraine, which Russia calls a “special military operation.”

According to the indictment, the defendants paid two consultants based in Europe to conduct outreach to members of Congress.

Prosecutors say the American recruited in April 2012 offered a congressman a free trip to meet European politicians and receive an award, and left ‘100,000,000 voicemails’ for lawmakers, only to be rebuffed .

The defendants were also accused of leading a “Russian propaganda campaign” after Russia invaded the Crimean peninsula in 2014.

Prosecutors said a congressman was offered free travel to a conference in Yalta on behalf of Sergey Aksyonov, a Russian-appointed leader in Crimea under US sanctions.

The indictment also says the defendants paid people to be fake election observers to falsely validate the results of a referendum held to make Crimea an official part of Russia.